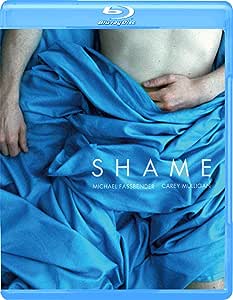 Aman
5つ星のうち5.0 Powerful, hard-hitting and backed by an emotive score. A true upper echelon of modern desolation drama
2014年11月19日に英国でレビュー済み
Amazonで購入
For a film that portrays the existential life of a 30-something sexually-primed yet emotionally repressed man, Steve McQueen manages to extrapolate and convey even the most rawest of feelings to exact degree. Motion pictures have seldom managed to keep me truly engrossed right to the very end and leave me lost for words in the process. A progressive and bleak drama of this kind is a rarity for me to watch, but as soon as the end credits rolled I found myself in stark awe at the gravitas of McQueen's filmmaking while soulless and exhausted at the sheer hopelessness and disparity of Fassbender's performance of Brandon, in which the culmination of it all hit me like a tonne of bricks.

All the elements of a solid drama are well-grounded: the cinematography captures plush, elegant interiors of jazzy evening lounges right to the monochromatic, empty vessel of Brandon's apartment which houses only his apathetic skin. Gritty New York back streets and grey skyline views over parkways don't just lie in the backdrop and support environmental context; they bolster character troubles and lifestyles. It prevents the film from being a caricature in itself and plunges us right into the everyday solidarity of Brandon's life.

The script is polished and matured, never wasting a single line and providing enough depth for each character; Brandon's employment occupation is irrelevant here to an extent, and McQueen is skilful enough to only deliver snippets of his workplace integrity whilst avoiding complete deviation from the premise at hand. Sissy (Carey Mulligan) is also given plenty of realistic background for us. It structures the choreography to a brilliant, clinical exaction; each dramatic moment embedded in real life troubles precedes and succeeds each other with extremely efficient scene cohesion. Though there are two main characters for this film, all however are merely conduits through which the volatile and unstable foundation of Brandon's life is rocked to a tumultuous climax.

The sexuality portrayed aims not to arouse, far from it. The scenes of masturbation are done to discomfort. Orgasm sounds that emanate from Brandon's laptop are haunting. Aggressiveness plagues his face when he climaxes; he seeks only that momentary carnal satisfaction which fills what abyss there is inside him, everything else is null and void. There is nothing to be impressed about in his lifestyle; his skilled ability to naturally pick up women at bars and gain flirtatious looks on subways are merely a facade, for behind those eyes lies coldness, evident from the way he says very little in conversations, gazes without smiling and has sex with very little passion conveyed.

The acting is stellar and consistent; Mulligan's performance of Sissy as the wayward, dependant sister who possesses an ability to channel her desolate soul into her incredibly yet poignant version of a New York jazz classic is believable and striking. But the real crown jewel of this motion picture is Fassbender's extremely impressive portrayal of Brandon; from the outset a man verging on the brink of inner self destruction, who wakes up every morning with pensiveness descending his face. Holding it all together, pleasing his sexual desires by indulging in Internet pornography, masturbation and liaisons with multiple paper-thin hearted women, he does not know how to love. Sympathy and affection are alien to him. He questions and scrutinises the ideas of monogamy and shys away from any possible indication of such being presented before retorting back into his shell; his safe haven. This is his life. When his sister arrives it rocks the boat further enough to capsize him into a maelstrom of pessimistic thoughts and emotions of vulnerability and weakness. The bubble he has encased himself in, he cannot escape due to his own thoughts; he has developed a mental stigma only he seems to comprehend while in the process reaffirming in through his repetitive actions. The grey filters which subtly blend in with his similarly-hued scarf seem to provide a comfort, sadly. As if this complex problem is a burden he carries everywhere; it reassures his mental thought processes and shields his heart symbiotically. And it's always there. All of this is made ever more hard hitting and soul-enduring by the film's soundtrack, particularly Harry Escott's piece called Unravelling; a 9-minute long rendition of mundane, modern life regularity of clock-ticking which evolves into a draining and heartbreaking symphony of cello and deep bass that post-crescendo of a sharply piercing melody (akin to that of an obituary to grievance,) returns back to its beginning clockwork rhythm, signifying a cyclical pattern Brandon is caught in, bolstered further by its playback in full at the beginning and at the end of the movie.

From melancholic stares at the ceiling in cold winter mornings to cries of desperation on the abandoned, dump-strewn walkways, it didn't just hit my heart and soul, it tore them both out and left them there dying on the floor. And it did it incredibly well. When a movie manages to do just that as intended, it's already there to gaining high-ranking status. Perhaps this is a sombre homage to many other men out there enduring the same experiences.

Steve McQueen is deserving of a standing ovation for this incredibly moving masterpiece. This is unquestionably one of the best films I have ever seen, coming from a man who has watched many staple motion pictures spanning genres and cultural statuses far and wide. It's a film I will not forget, nor that I will want to. Every time I watch it now, it will strike a chord as harsh, possibly harsher, than the last one. It's poetically poignant while being graphically harsh. It delivers a message home with sensitivity but with punchiness simultaneously. It's an over-shadowed gem which over time will mature to be an ever-more relevant showcasing of an outward, financial successful man with an inner mentality which is greatly fractured.
続きを読む
5人のお客様がこれが役に立ったと考えています
役に立った
フィードバックを送信中...
フィードバックをお寄せいただきありがとうございます。
申し訳ありませんが、お客様の投票の記録に失敗しました。もう一度試してください。
違反を報告
レビュー を日本語に翻訳する

marek
5つ星のうち5.0 serious stuff
2016年11月7日に英国でレビュー済み
Amazonで購入
Luckily for me i'm too old for sexual addiction, but some suffer this and not just celebrities. Fassbinder plays a successful man about town in New York who in a sense has it all. but immerses himself in porn and instant gratification in any form becoming lost in a cycle of never ending dissatisfaction and frustration and agony, the effects on his personality are catastrophic and exacerbate his inability to deal with his damaged sibling , played by the excellent Cary Mulligan, who is equally effected to the point of self harm. Clearly there are underlying childhood causes for these conditions which are only hinted at in this film, but you can speculate i think.
続きを読む
1人のお客様がこれが役に立ったと考えています
役に立った
フィードバックを送信中...
フィードバックをお寄せいただきありがとうございます。
申し訳ありませんが、お客様の投票の記録に失敗しました。もう一度試してください。
違反を報告
レビュー を日本語に翻訳する

It is beautifully shot and the actors are excellent. However I found the writing, and in particular the conclusion unconvincing and to be honest - preachy about how we should and shouldn't live our lives.

Elleppi
5つ星のうち3.0 Too much style, author's attitude and pretentiousness, for a film that does not tell much new or original
2015年8月29日に英国でレビュー済み
Amazonで購入
What I don't like about this film is that, by the way it is directed, the silent scenes, the shocking provocations, the "intense" actors, you might expect s higher and more original subject and point of view. INsteas it results into a empty box, so fascinatin on the surface, but with nothing original inside. All the stuff about sex, alienation, solitude in the city, is to my a very clichè and deja vu stuff, which add nothing if not showing a famous actors in naked and sex scenes. And I don't think that showing sexual ambiguity and perversion is a sign of originality or deep thinking. It's just showing off.... Very good blu ray
続きを読む
4人のお客様がこれが役に立ったと考えています
役に立った
フィードバックを送信中...
フィードバックをお寄せいただきありがとうございます。
申し訳ありませんが、お客様の投票の記録に失敗しました。もう一度試してください。
違反を報告
レビュー を日本語に翻訳する

starlightspacelab
5つ星のうち5.0 Shamelessly brilliant.
2013年3月29日に英国でレビュー済み
Amazonで購入
That is what it is. Just shamelessly brilliant. Steve McQueen is a super talented director and and one to watch out for new upcoming movies like first to come 12 Years A Slave ( can't wait to see this one ). As well Fassbender as Mulligan act sublime. Moreover Carey Mulligan is sheer beauty. She is one of the most talented actresses of the present and the future. The story itself is very unique and not seen before in a movie to the best of my knowledge. This film gets my highest possible recommendation.
続きを読む
1人のお客様がこれが役に立ったと考えています
役に立った
フィードバックを送信中...
フィードバックをお寄せいただきありがとうございます。
申し訳ありませんが、お客様の投票の記録に失敗しました。もう一度試してください。
違反を報告
レビュー を日本語に翻訳する
その他の国際レビューを読み込む

Mark
5つ星のうち3.0 Watch once & not again
2020年5月16日に英国でレビュー済み
Amazonで購入
The write up for the film could of been better. You don't see much and the story line could of been better. Michael Fassbender was good for is part but as for Carey Mulligan her singing was better than her acting.
続きを読む
役に立った
フィードバックを送信中...
フィードバックをお寄せいただきありがとうございます。
申し訳ありませんが、お客様の投票の記録に失敗しました。もう一度試してください。
違反を報告
レビュー を日本語に翻訳する

Scarlet
5つ星のうち5.0 Love this film
2015年11月5日に英国でレビュー済み
Amazonで購入
Love this film, very sad and shows just how vunerable we all are. Yes, its mainly all about sex but dig a bit deeper and its about loneliness and the need to feel loved in whatever way you interpret love to be.

Amazon Customer
5つ星のうち5.0 The film is brilliantly directed and is beautifully shot
2016年7月17日に英国でレビュー済み
Amazonで購入
In "Shame" we follow Brandon, a man who can't manage his sex life. When his sister makes an unexpected visit his life starts spiralling out of control.

The film is brilliantly directed and is beautifully shot. Amazing performances by both Michael Fassbender and Carey Mulligan. The film might not be for everyone, but I encourage everyone to at least give it a chance. This film is a masterpiece that deserves all the praise it gets.
続きを読む
役に立った
フィードバックを送信中...
フィードバックをお寄せいただきありがとうございます。
申し訳ありませんが、お客様の投票の記録に失敗しました。もう一度試してください。
違反を報告
レビュー を日本語に翻訳する

Link
5つ星のうち5.0 Fassbender and McQueen work together so well
2014年5月29日に英国でレビュー済み
Amazonで購入
Sometimes there are books or films that come along that you just love. They don't really say anything, not much happens, it's just about how it makes you feel at the end. For whatever reason, be it Fassbender's performance or McQueen's direction, it gets to me. You'll either love it or you won't.
続きを読む
2人のお客様がこれが役に立ったと考えています
役に立った
フィードバックを送信中...
フィードバックをお寄せいただきありがとうございます。
申し訳ありませんが、お客様の投票の記録に失敗しました。もう一度試してください。
違反を報告
レビュー を日本語に翻訳する

jules
5つ星のうち3.0 intense and shocking at times
2014年2月22日に英国でレビュー済み
Amazonで購入
Not film for everyone and with many scenes of frontal nudity it can be for some people very shocking and difficult to watch. The story line I found intense and well acted by all in the film.I didnt expect all the nude scenes, there were a lot and nothing was left to the imagination, male or female.
続きを読む
1人のお客様がこれが役に立ったと考えています
役に立った
フィードバックを送信中...
フィードバックをお寄せいただきありがとうございます。
申し訳ありませんが、お客様の投票の記録に失敗しました。もう一度試してください。
違反を報告
レビュー を日本語に翻訳する