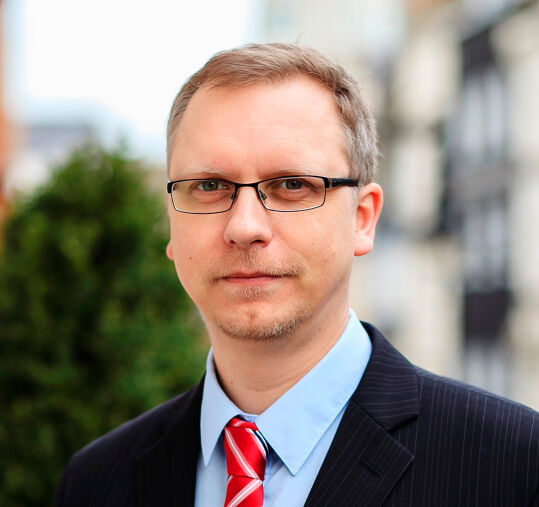 The growing influence of Russia on the Western far right has been much discussed in the media recently. This book is the first detailed inquiry into what has been a neglected but critically important trend: the growing links between Russian actors and Western far right activists, publicists, ideologues, and politicians. The author uses a range of sources including interviews, video footage, leaked communications, official statements and press coverage in order to discuss both historical and contemporary Russia in terms of its relationship with the Western far right.

Initial contacts between Russian political actors and Western far right activists were established in the early 1990s, but these contacts were low profile. As Moscow has become more anti-Western, these contacts have become more intense and have operated at a higher level. The book shows that the Russian establishment was first interested in using the Western far right to legitimise Moscow’s politics and actions both domestically and internationally, but more recently Moscow has begun to support particular far right political forces to gain leverage on European politics and undermine the liberal-democratic consensus in the West.

Contributing to ongoing scholarly debates about Russia’s role in the world, its strategies aimed at securing legitimation of Putin’s regime both internationally and domestically, modern information warfare and propaganda, far right politics and activism in the West, this book draws on theories and methods from history, political science, area studies, and media studies and will be of interest to students, scholars, activists and practitioners in these areas.

‘Anton Shekhovtsov is the world's leading expert on Russian political warfare against the West. His book is a masterly investigation of the Kremlin's tactics and strategy, highlighting both successes―and failures. It is essential reading for anyone who wants to defend our freedom from our most formidable adversaries: Russia's crony-capitalist ex-KGB regime.’ – Edward Lucas, Senior Editor, The Economist

'Events in Ukraine, Syria, and the US elections have thrust Putin’s foreign policies to the centre of the attention of the Western media. Meanwhile, the growing nexus of informal contacts between his government and the far right, both inside and outside Russia, has been practically ignored. Shekhovtsov has deployed his rare combination of expertise in fascist studies and fluency in the relevant languages and cultures to good effect, filling in with meticulous scholarship what turns out to be a disturbingly large gap in the conventional understanding of Putinism. The result is a book relevant not just to observers of right-wing extremism and Russia-watchers everywhere, but to anyone prepared to be even more concerned about the new Cold War, where firewalls, encryption, and maskirovka have replaced watchposts, spies, and Pravda.' - Roger Griffin, Author of Modernism and Fascism

'This path-breaking book is the first comprehensive investigation into, and political analysis of, the Soviet and post-Soviet Russian regimes' paradoxical relations with various Western right-wing extremists. The book discloses numerous hitherto un- or little known facts about Moscow's semi-secret outreach to European ultra-nationalists during the 1920s and 1950s, as well as about Putin's recent undisguised utilization of Western anti-liberal forces. Shekhovtsov follows meticulously and interprets revealingly the various motivations, strategies and challenges of the Kremlin's intensifying cooperation with the international radical right. His book makes important contributions to both, political science sub-fields such as right-wing extremism and Russian studies, as well as to the current public discourse on the nature, methods and repercussions of Moscow's escalating confrontation with the West.'- Andreas Umland, Senior Fellow, Institute for Euro-Atlantic Cooperation, Kyiv

"In his impressive Russia and the Western Far Right: Tango Noir, Shekhovtsov argues that overtures by Russia to far-right parties, and the eagerness of the latter to be co-opted, has been driven by ― of all things ― a mutual search for recognition and legitimacy. Shekhovtsov’s command of the detail is stunning, and he paints a troubling picture of a number of political structures in each country acting as fronts and conduits for Russian influence."

"This subject takes us into the realm of expertise of Anton Shekhovtsov, who has been tracking and cataloguing the Russian relationship with the European far right for many years. In Russia and the Western Far Right: Tango Noir, Shekhovtsov lays out the historical background of the relationship, going back to the Soviet era…Shekhovtsov’s goal is not to find solutions but rather to lay out the parameters of a problem that few really understand."

"The author sheds more light on the inner workings of Putin's power structure and how Russia's disinformation offensive has developed from that. He argues that it is a conglomerate of clans competing for attention and resources from the center - Putin - in a complex marketplace. But as Shekhovtsov makes clear in this valuable, if not complete book, Russian tactics are constantly evolving, always with one eye on the future."

Anton Shekhovtsov is Visiting Fellow at the Institute for Human
Sciences, Austria.

Septimius
5つ星のうち4.0 Important
2019年2月3日に英国でレビュー済み
Amazonで購入
Very informative and detailed. Style is somewhat dry but a lot is packed in to each essay. Why is more of this info not in the mainstream media?
続きを読む
違反を報告する
レビュー を日本語に翻訳する