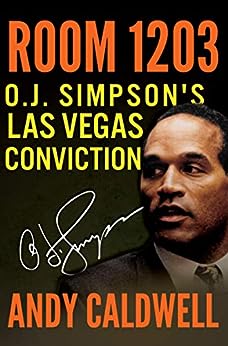 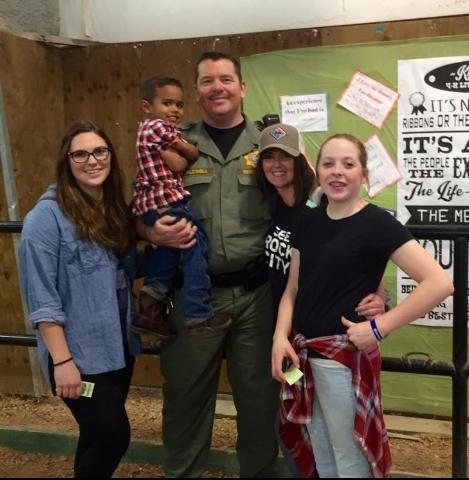 Andy Caldwell is a retired detective from the Las Vegas Metropolitan Police Department and he is presently serving as the pastor at Mill City Christian Church in Mill City, Oregon. His distinguished law enforcement career resulted in him receiving multiple awards and having cases he worked featured on America's Most Wanted, Dateline, and Court TV. --このテキストは、kindle_edition版に関連付けられています。

stcroix
5つ星のうち3.0 Great Inside Story
2017年12月22日にアメリカ合衆国でレビュー済み
Amazonで購入
I've got all the books about the O.J.Simpson trial and when I saw this on Amazon I decided to order it and after reading it I'm glad I did! No matter what O.J. claims about just getting his stuff back, there was clearly much more to it than that. And this is from someone who believed that is just what he was doing. I thought he felt ripped off by 3 people (one of whose book I've also got) and when he found out they were making money off his personal things he was just going down to take them back. After reading this detectives report and story, I now realize how much more complicated it all was. O.J. IS an actor, and it comes out that he's a pretty good one. Thank goodness he went into acting and not politics-- he has that winning personality that can convince you that he's just a good guy out to do the right thing. It's so scary when that mask slips...
続きを読む
4人のお客様がこれが役に立ったと考えています
違反を報告
レビュー を日本語に翻訳する

Novak
5つ星のうち5.0 Funny and interesting
2017年9月23日にアメリカ合衆国でレビュー済み
Amazonで購入
A really good read. A nice little insight into the world of actual police work, not the overproduced Hollywood/reality TV representation of cop work. Andy tells the story of the arrest and conviction of O.J. in a light hearted and sometimes funny way which really kept me turning the pages. Andy gives the details of the case but also lets you in on some of the quirky banter that occures between cops who work closely together.

It was interesting reading about O.J. and how he acted but I enjoyed the interaction between Andy and his fellow cops even more. It's almost like I was there with him working the case, catching O.J.'s conspirators at the airport, interviewing suspects, serving search warrants and handling the myriad of other robbery cases that occurred in Las Vegas while Andy and Eddie worked on one single case for six months.

Give the book a read, you will be glad you did.

comic crazy
5つ星のうち3.0 I was disappointed to discover it was nowhere near the potential that ...
2018年5月24日にアメリカ合衆国でレビュー済み
Amazonで購入
Just finished reading Detective Andy Caldwell's book "Room 1203". While I was excited to learn that Detective Caldwell wrote a book about the incident in Vegas that was responsible for putting O.J. Simpson in prison, I was disappointed to discover it was nowhere near the potential that I thought it could be. The book reads like a police report: Caldwell writes with the enthusiasm of a detective who has seen it all, and knows it all. Only I personally know for a fact that he doesn't know it all. Why? because I am Thomas J. Riccio, and room 1203 just happened to be my room at the Palace Station in Vegas. One thing I will state about detective Caldwell is the fact that he believes every word that he writes, so no one can call him a liar, even if he has the facts wrong, because he believes the inaccuracies he writes in the book, that's what I find interesting, and the reason why I give the book three stars instead of the one star I would have given it if I thought that he was purposefully lying. Detective Caldwell has made it clear from the minute I met him on the night of the incident that he didn't like me, and states several times in the book that he wanted to arrest me, and I don't resent that at that point. I understand why he might have wanted to arrest me the night of the incident when the so called victims were pointing fingers at me, however what I do resent is the fact that he never admitted once that everything I have ever told him was PROVEN to be the truth. There's so many things I said on the record that night, that he thought were lies, but were later proven to be true, however, he never revealed that in his book. I told him the night of the incident, that I went to the FBI to tell them about O.J.'s plan, but detective Caldwell didn't believe me - until the FBI later confirmed it. I told him the day of the incident that I'm anti-gun and told O.J. I wanted nothing to do with any sort of violence, but detective Caldwell didn't believe me - until later when the recorded tapes of the incident proved everything I told him was true, however, detective Caldwell never stated these facts at any time, including anywhere in his book. The book seemed to be a "I, detective Caldwell, caught O.J. and put him in prison when no one else could" book more than anything else, and Caldwell wants to make sure that he gets the credit in history he thinks he deserves. There's a part of the book I found amusing where he complains about others doing interviews, and seeking glory for catching O.J. Simpson, then just a few pages later in his book, he writes about his resentment for a fellow officer going behind his back to make the O.J. arrest in Vegas when detective Caldwell is the one "who did all the work". I wonder if detective Caldwell knows how ironic his hypocrisy is. Anyway, I realize that most of the world has no idea - or even cares - who I am, but while it's a fact I've had my shares of trouble in my youth and even went to prison for buying stolen goods, the fact is, I admire the hard work police officers and detectives such as Andy Caldwell have done in their careers to help keep our families safe, but when you read the way he judges people over and over in the book and says things like "Riccio's fake sounding east coast accent and loud voice, made it obvious he was lying" in my opinion, is classic ignorant profiling that has no place in a fair unbiased police investigation, and makes the fair minded reader happy to know that old school, outdated prejudiced, single minded detectives like Andy Caldwell have finally hung up their holsters to retire and let the younger detectives do their job these days with a fairer, more open minded approach in seeking the truth.
That's my honest opinion for what's it's worth, Thomas J. Riccio
続きを読む
違反を報告
レビュー を日本語に翻訳する

Cory5129
5つ星のうち5.0 "As you sow, so shall you reap."
2017年8月21日にアメリカ合衆国でレビュー済み
Amazonで購入
Room 1203 is a fascinating look into the Las Vegas robbery that sent one of the most notorious public figures in American history to prison, for his greedy crimes in Nevada and maybe for the infamous crimes he narrowly got away with in California. Detective Caldwell does a fantastic job of not only taking the reader on a journey detailing the facts and timeline of the case, from initial crime to conviction, but also gives an honest and realistic view into the inner workings of a major criminal investigation. Detective Caldwell doesn’t hold back the truth, from praising those also involved in the investigation, to pointing out flaws in the system or the greed of others involved. It’s refreshing to read an honest and upfront non-fictional story from the perspective of the lead investigator, without any of the media’s tainting or Hollywood Spin, which is interjected into so many other stories you read about today.
続きを読む
4人のお客様がこれが役に立ったと考えています
違反を報告
レビュー を日本語に翻訳する
すべてのレビューを参照します
トップへ戻る
Amazonについて
Amazonでビジネス
Amazonでのお支払い
ヘルプ＆ガイド
日本語ショッピングのための言語を選択します。 日本ショッピングのための国/地域を選択します。
© 1996-2020, Amazon.com, Inc. or its affiliates