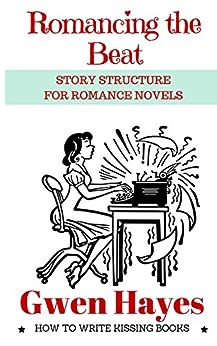 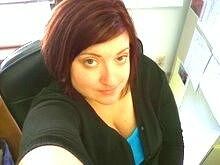 英語版 Gwen Hayes (著) 形式: Kindle版
1 巻 (全 1 冊): How to Write Kissing Books
すべての形式と版を表示
Sorry, there was a problem loading this page. Try again.
What makes a romance novel a romance? How do you write a kissing book?

Writing a well-structured romance isn’t the same as writing any other genre—something the popular novel and screenwriting guides don’t address. The romance arc is made up of its own story beats, and the external plot and theme need to be braided to the romance arc—not the other way around.

Told in conversational (and often irreverent) prose, Romancing the Beat can be read like you are sitting down to coffee with romance editor and author Gwen Hayes while she explains story structure. The way she does with her clients. Some of whom are regular inhabitants of the New York Times and USA Today bestseller lists.

Romancing the Beat is a recipe, not a rigid system. The beats don’t care if you plot or outline before you write, or if you pants your way through the drafts and do a “beat check” when you’re revising. Pantsers and plotters are both welcome. So sit down, grab a cuppa, and let’s talk about kissing books.
続きを読む
Previous page
Next page
【買取サービス】 Amazonアカウントを使用して簡単お申し込み。売りたいと思った時に、宅配買取もしくは出張買取を選択してご利用いただけます。 今すぐチェック。
このシリーズの次の1巻 シリーズの詳細を見る
紙の本の価格 : ￥ 1,274
Kindle 価格: ￥ 631
￥ 643の割引 (50%)
獲得ポイント: 6 pt (1%)
このシリーズの一覧（1冊）
まとめ買い 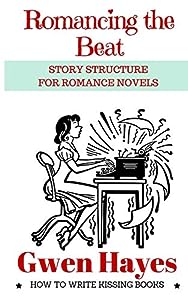 Frank Carver
5つ星のうち5.0 Straight to the point. An essential guide for romance writers.
2021年8月3日に英国でレビュー済み
Amazonで購入
As well as being a reader, I also try to write. To help with that (and not at all as a way of putting off the, you know, actual writing) I have been collecting a lot of books about writing. I have read a few of them, but not recently, so I decided it was time to delve into the archive and pluck one or two out to see if they helped. In the case of this one the answer is: Absolutely!

This is quite a short book at a little over 10,000 words, and told in a casual, joking style, but don’t let that fool you. Hayes has obviously studied a lot of romance stories and boiled them down to the essence of everything which must be included to make a satisfying story which has “the feels”.

Most writers will at least have heard of “The Hero’s Journey”, often positioned as the archetypal story structure which underlies thousands of years of tales. This is all good, and for many stories the hero’s journey is an invaluable aid, but for romance stories it’s not such a good fit. The hero’s journey works best when there is a single protagonist, with some form of identifiable antagonist to struggle against. An enjoyable romance story, on the other hand, usually has two protagonists, each of whom has their own journey and their own obstacles to overcome. The familiar structure of a romance story has evolved over many years to be a different kind of tale. Hayes has picked this archetypal romance story apart and laid out the constituent blocks ready for us to put them back together again with our characters, settings, challenges and, ultimately, our own kind of “happy ever after.”

Some people object to these kinds of structural books, pointing out that they can be limiting, and exclude multiple types of story which don’t fit neatly into the plan. While that is true, it’s not really applicable in this case. As Hayes points out, you are free to tell any story you like, in any way you like, but if you wish to position your story as a romance, then readers will have a certain set of expectations. As much as anything, it is these expectations that Hayes lays bare for us here, so that we can make sure that the story we tell gives readers what they want, and lives up to the promise of the cover.

I found this book to be hugely practical, and all the way through I was mentally applying the approach that Hayes describes both to the romance stories I have read and enjoyed (and the ones I didn’t enjoy so much), and to my own stories. I have tried a few times to write romance, either as a standalone story or as part of something else, such as a detective story, and never been fully happy with the results. Reading this book was like chatting to a skilled mechanic about problems with my car.

I am determined to revisit some of my unsatisfactory stories, armed with the checklist from this book, and get them running as smoothly as I know they should. I will also be recommending this book to other would-be romance writers.

Rebecca
5つ星のうち3.0 Not for me
2021年8月7日に英国でレビュー済み
Amazonで購入
This was a fast paced read but not for me! I got so far and realised this would not work for my current story and other than projects.

Whilst I don’t doubt the author at hand, this felt aimed towards those who fast publish and write commercial romance. I had also liked it to have been a little bit more in depth to justify the pricing for such a short read, that could have been written as a pdf and read for free or as a newsletter goodie.

However I did learn some things that I had not given much thought to when writing prior and that the author did well at reiterating important lessons or facts.

Whilst this didn’t work for me, I know it will work for others.
続きを読む
1人のお客様がこれが役に立ったと考えています
違反を報告する
レビュー を日本語に翻訳する

Lyndsey
5つ星のうち5.0 Simple & effective
2020年1月23日に英国でレビュー済み
Amazonで購入
I've read hundreds of romances and written two! I'm a total pantser normally but as I read this book I plotted my next novel at each chapter! Fingers crossed for a best seller! Thanks million Gwen! So so helpful!
続きを読む
5人のお客様がこれが役に立ったと考えています
違反を報告する
レビュー を日本語に翻訳する

Cat
5つ星のうち4.0 A nice short guide
2020年12月28日に英国でレビュー済み
Amazonで購入
This is a very simple short guide to romance beats. I have found it helpful when plotting out a romance but I would have liked more for the price.
It would have been great if it explained how to weave in an external plot arc.
It also could have been more concise. The inclusion of humour added unnecessary words which you have to filter through when going back to check information.
続きを読む
1人のお客様がこれが役に立ったと考えています
違反を報告する
レビュー を日本語に翻訳する

rach_b52
5つ星のうち5.0 Just buy it! You won't regret it! :-)
2016年9月10日に英国でレビュー済み
Amazonで購入
This book has been a real motivational tool for me. It makes total sense, is written in an engaging style that has you flicking through the entire thing in no time and I now have it next to me as I move through the scenes in my novel to make sure I keep on track and keep the momentum going at the right pace.

I love the concept of a beat sheet, am totally addicted to Scrivener (a tool I had never come across) and am convinced this book will help me achieve my dream of being a published author. The recommended reading Gwen puts out there has also been invaluable, particularly GMC by Debra Dixon. I can't watch a film/TV program, or read a book without having the characters GMC screaming out at me! :-)