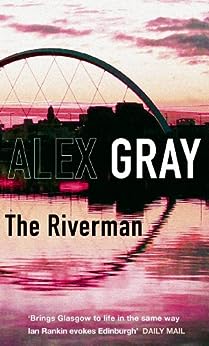 Alex Gray is the Sunday Times bestselling author of the Detective William Lorimer series. Born and raised in Glasgow, she has been awarded the Scottish Association of Writers' Constable and Pitlochry trophies for her crime writing and is the co-founder of the international Bloody Scotland Crime Writing Festival.

To find exclusive articles, reviews and the latest news about Alex Gray and the DSI Lorimer series, visit www.alex-gray.com or follow Alex on Twitter @alexincrimeland.

Praise for Alex Gray: 'A Welcome new member of the Tartan noir pack' Val McDermid ** 'Supremely confident ... The prose is direct and evocative and the plot is jam-packed with the kind of classic ingredients - clues, suspects, red herrings - that will have readers racing urgently towards the denouement until, red-eyed in the wee hours, the killer is unmasked' The List --このテキストは、kindle_edition版に関連付けられています。

Kindle Customer
5つ星のうち3.0 OK but not s good as previous books in the series.
2015年10月30日に英国でレビュー済み
Amazonで購入
I really enjoyed the previous DCI Lorimer books but this one was a real disappointment fro several reasons.

Alex Gray likes to get her murders into the first chapter and to achieve this in this book she was forced to then add in a really annoying flash back; it would have been much better to let the murder occur naturally after a few chapters. Another issue is the development of some of the characters, specifically Maggie, Lorimer's wife; (I'm sure that Alex Gray wasn't trying to make her irritating but I found myself wanting to give her a slap), and Solomon the profiler who seems to just sit about 'twinkling' his eyes while at the same time being inscrutable.

Finally the plot was OK but the police entirely failed to solve the case. It relied on two very unlikely events for them to uncover the plot and how one of these is linked and notified to the murder investigation is not satisfactorily explained.

Given the books that had gone before I was seriously let down by this; it won't stop me continuing to read the following books, but to keep me interested the next one needs to be up to the level of the earlier ones.

g n
5つ星のうち5.0 Scottish Detective
2021年6月13日に英国でレビュー済み
Amazonで購入
This was the first book by this author I have read and I will be looking for more
続きを読む
違反を報告
レビュー を日本語に翻訳する