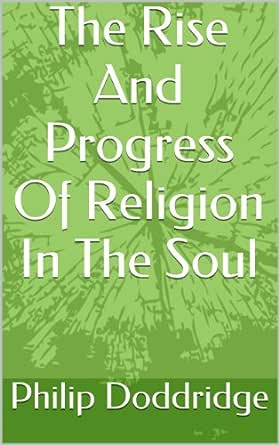 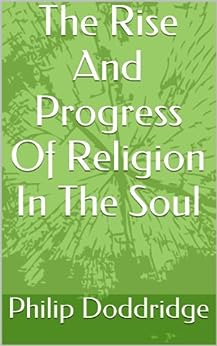 DR. DODDRIDGE was born in London, June 26, 1709. He was of a consumptive habit from infancy, was brought up in the early knowledge of religion, and was left an orphan before he arrived at the age of 14. At 16 be made a profession of religion; at 20 commenced preaching the Gospel; and at 21 was settled over a small congregation, in an obscure village, where be devoted himself to the acquisition of useful knowledge with indefatigable zeal. At 27 he was removed to the pastoral care of the church in Northampton, where, for 22 years, amidst other diversified labors, he acted as an instructor of youth preparing for the ministry, having had under his charge, during that period, upwards of 200 young men. At the age of 37 and 38 he published two volumes of his Family Expositor; and about the age of 43 wrote "The Rise and Progress of Religion in the Soul." At 46 he published the third volume of the Family Expositor, and two Dissertations.--1. On Sir Isaac Newton's System of the Harmony. 2. On the Inspiration of the New Testament. In December, 1750, in the 49th year of his age, he went to St. Albans and preached the funeral sermon of his early patron and benefactor, Dr. Clark, in which journey he contracted a cold that laid the foundation for his death. In July, 1751, he addressed his flock for the last time from the pulpit; and having found all medical aid ineffectual, embarked, in October, for Lisbon, as the last resort in so threatening a disorder, at which place he died on the 26th of October, aged 49 years. He was not handsome in person; was very thin and slender, in stature somewhat above the middle size, with a stoop in his shoulders; but when engaged in conversation, or employed in the pulpit, there was a remarkable sprightliness in his countenance and manner, which commanded general attention. --このテキストは、kindle_edition版に関連付けられています。

Dawnforce
5つ星のうち5.0 Great read, with a caveat
2015年4月11日にカナダでレビュー済み
Amazonで購入
Not the easiest read because of typo's and errors from the software used to copy it, but it is well worthwhile to give it the time. Much easier if you "correct-as-you-go" with pen in hand. Don't be scared off, there are only a few here and there, as you read along. Overall I recommend this to everyone seriously interested in their Christian walk.
続きを読む
役に立った
フィードバックを送信中...
フィードバックをお寄せいただきありがとうございます。
申し訳ありませんが、お客様の投票の記録に失敗しました。もう一度試してください。
違反を報告
レビュー を日本語に翻訳する

John J. Turner
5つ星のうち1.0 Great Book--Abominable editing of this Kindle version
2017年5月9日にアメリカ合衆国でレビュー済み
Amazonで購入
Your rating questions for novels are irrelevant to this book of spiritual counsel!

This book is a great spiritual classic that changed the life of William Wilberforce, and hence the history of the world, as Wilberforce was perhaps the leading figure in ending slavery and many other evils, while beginning many other good works rooted in Christian faith. Five stars!

M. Hopeman
5つ星のうち5.0 Momentious Decisions to be made considering Eternity
2010年5月14日にアメリカ合衆国でレビュー済み
Amazonで購入
This book is a full, complete and honest examination of the human heart as it exists apart from God, lost in it's self-idolatry, rationalizations, and pretensious preferences. It is a straight on look at mankinds rebellion toward God exibited by a lifetime of non-nutritious indulgences at the preferred fleshly "slop" trough of our self-centered and entitled arrogant efforts and dawdlings. It is a compassionate and provacative appeal from one man saved by grace to the unsaved...to accept this unfathomable and precious gift of salvation which God offers through faith in Christ. An offer that He makes in tender compassionate love to all who will recieve it. The author extends to both the nominal professing believer and the most rabid sinner an opportunity to put aside pretense and take an honest look at oneself in the light of our holy and righteous God and Creator. He describes the gift of salvation as an exchange of abundant relational life in God, and that eternally, for the acceptace of the gift and repentance and turning away from sin. It is a look at the gift, the character of the Giver, and the choices to be made in our short pilgrimage on earth which will have direct affect the grace of our life now, the attitude of our dying and the way in which we each will enter into eternal life. in dying and in our eternal life. Eternity will be a comforting and joyfilled existence as worshippers and friends of God or it will be a terrible encounter with a righteous Judge and executioner who will not let the wicked and rebellious sinner go unpunished. He has observed our thoughts, motives and actions throughout our lifetime and cannot be decieved by our excuses and lies. He has given us freely every ability we have, and every good gift we have recieved and forborn with us in hope that we would turn to him. The book takes the reader through a rational consideration of the pro's and con's of this decision to be made
with an attitude of hope and words of truth and grace. Excellent in every way.
続きを読む
15人のお客様がこれが役に立ったと考えています
役に立った
フィードバックを送信中...
フィードバックをお寄せいただきありがとうございます。
申し訳ありませんが、お客様の投票の記録に失敗しました。もう一度試してください。
違反を報告
レビュー を日本語に翻訳する

David Norman
5つ星のうち5.0 It was written in an era i'm studying on a personal basis
2013年11月11日にアメリカ合衆国でレビュー済み
Amazonで購入
Because I have a great interest in religious history I grew up with Oliver Cromwell as a childhood hero I was a Congregationalist as a Child and served as an Elder in The United Reformed Church since 2006 I have been a Methodist so I am interested in the 18th century revival especially John & Charles Wesley and all associates Like Countess Huntingdon, John Newton and many others. A part from which I also have connections with the anglican church. I have always been interested in history and to a lesser extent philosophy. When watching for the umpteenth time the DVD Amazing Grace the book Rise and Progress of the Soul was shown in the film, it is also mentioned in William Wilberforce's biography
続きを読む
4人のお客様がこれが役に立ったと考えています
役に立った
フィードバックを送信中...
フィードバックをお寄せいただきありがとうございます。
申し訳ありませんが、お客様の投票の記録に失敗しました。もう一度試してください。
違反を報告
レビュー を日本語に翻訳する

Jakestone
5つ星のうち5.0 The rise and progress of religion in the soul
2010年11月14日にアメリカ合衆国でレビュー済み
Amazonで購入
A very hard book to find but Amazon came through. Probably one of the best books ever written on christianity. Will read it again and again. The author of this book had a positive influence on C.S. Lewis. Read the book and you will see why.
続きを読む
9人のお客様がこれが役に立ったと考えています
役に立った
フィードバックを送信中...
フィードバックをお寄せいただきありがとうございます。
申し訳ありませんが、お客様の投票の記録に失敗しました。もう一度試してください。
違反を報告
レビュー を日本語に翻訳する