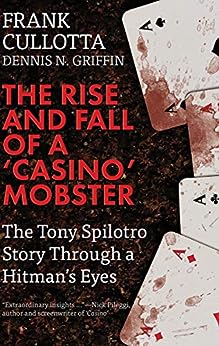 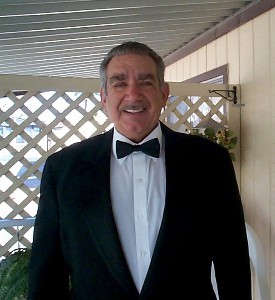 The Rise and Fall of a 'Casino' Mobster: The Tony Spilotro Story Through a Hitman's Eyes (English Edition) Kindle版

The true crime story behind the film Casino from the mob enforcer who lived it and the author of The Accidental Gangster.

Tony Spilotro was the Mob’s man in Las Vegas. A feared enforcer, the bosses knew Tony would do whatever it took to protect their interests. The “Little Guy” built a criminal empire that was the envy of mobsters across the country, and his childhood pal, Frank Cullotta helped him do it. But Tony’s quest for power and lack of self-control with women cost the Mob its control of Vegas, and Tony paid for it with his life.

From Dennis N. Griffin: “I was a little nervous before my first meeting with former mobster Frank Cullotta. It turned out we had a pleasant conversation that ended with an agreement for me to write his book. As I drove home, I realized I had made a deal with a career thief and killer on a handshake. What was I thinking?”

Dennis Griffin is an award winning true crime author, focusing on organized crime in Las Vegas and the Tony Spilotro era in particular. His books have been the basis for multiple organized crime documentaries; and he has frequently been a featured speaker at the Las Vegas-Clark County Library's Mob Month. --このテキストは、kindle_edition版に関連付けられています。

Razorback Max
5つ星のうち5.0 The Rise And Fall Of A 'Casino' Mobster: The Tony Spilotro Story Through A Hitman's Eyes
2020年8月25日に英国でレビュー済み
Amazonで購入
It's written like he's sitting a room talking to you. It's a no-nonsense account of what happened from the man that was right there.
続きを読む
違反を報告する
レビュー を日本語に翻訳する

karen hodgson
5つ星のうち3.0 Okay
2017年5月31日に英国でレビュー済み
Amazonで購入
After reading the reviews I was really looking forward to this book but I didn't really enjoy it, maybe it's just not my type of book
続きを読む
違反を報告する
レビュー を日本語に翻訳する