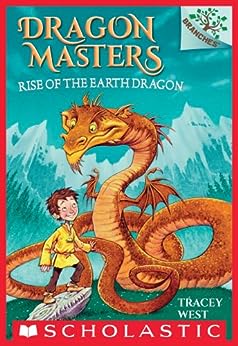 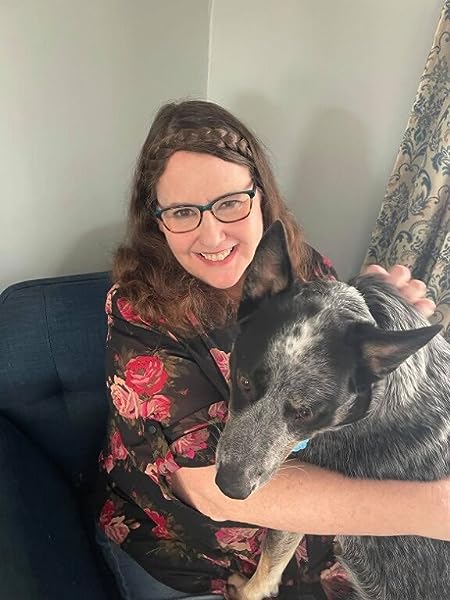 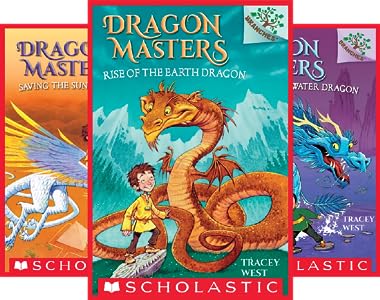 Praise for Rise of the Earth Dragon (Dragon Masters #1):

In this first of the Dragon Masters series, vocabularly is accessible; sentences, paragraphs, and chapters are short; and dialogue moves the story along rapidly. Black-and-white sketch-type drawings add depth to the story and feelings to the characters (both children and dragons). Emergent readers will find happy success here. -- Booklist

The first of a new series of early chapter books, this entry is sure to attract fans. Brief chapters, large print, lots of action, attractive illustrations in every spread including a maplike panorama, an enviable protagonist -- who wouldn't want to be a Dragon Master? -- all combine to make an entertaining read. With plenty left to be resolved, the next entry will be eagerly sought after. - Kirkus Reviews

These books should be considered for larger libraries wanting to enhance their easy-reader collections. -- School Library Journal

Tracey West has written more than 300 books for children and young adults, including the New York Times bestselling Dragon Masters series, the Pixie Tricks series, and the Hiro's Quest series. She has also appeared on the New York Times bestseller list as author of the Pokémon chapter book adaptations. Tracey lives with her family in New York State's western Catskills. She can be found on Twitter and Instagram @TraceyWestBooks and on Facebook @AuthorTraceyWest.

Bee
5つ星のうち5.0 Our kids LOVE the Dragon Master's book series
2020年10月31日に英国でレビュー済み
Amazonで購入
We needed a good "first chapter" series with lots of pictures as for bedtime routine as picture books just became rather expensive. So I searched the internet and came across the recommendation for Scholastic's Dragon Masters book series.
They LOVE all the characters/dragons in the books and love guessing what each person can do and what powers the dragons have.
Whenever possible we use the Kindle edition and broadcast it to our TV via our Amazon Firebox (via wireless projection) so that everyone can see the text and the pictures. Unfortunately not all the books are available for Amazon Kindle, so some books we had to buy as hard paper and we are running out of space in our bookshelves as we have sooo many books, so we prefer electronic copies. Electronic copies also allow us to share it onto their Amazon Fire tablets for kids.
Again, LOVED by all of our kids and we have different ages and grasp of the world. Unfortuantely we have read ALL the books available and now have to wait until March 2021 until the next book comes out.

314
5つ星のうち5.0 Perfect first chapter book to read yourself (similar to ORT level 9/10/11) or be read to.
2018年1月9日に英国でレビュー済み
Amazonで購入
My son reads oxford reading tree at school but we wanted stories to read at home he could really get into, and this was perfect. In terms of difficulty the book is similar to oxford reading tree level 10. The chapters are a manageable size and there isn't too much text on each page so isn't too intimidating for children who haven't read a chapter book before. The story manages to be really engaging without using vocabulary that is beyond a 5 year old's understanding.
続きを読む
1人のお客様がこれが役に立ったと考えています
違反を報告
レビュー を日本語に翻訳する

Mikk
5つ星のうち5.0 Must read
2021年3月16日に英国でレビュー済み
Amazonで購入
We absolutely love this book. Definitely recommended read our son could not put it down. And can’t wait to read the rest.
続きを読む
違反を報告
レビュー を日本語に翻訳する