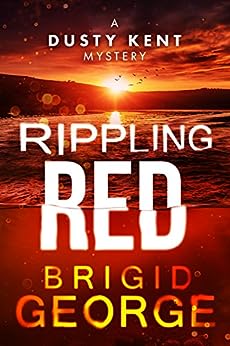 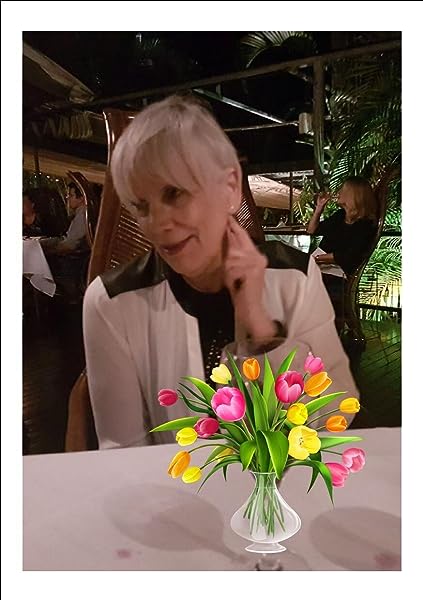 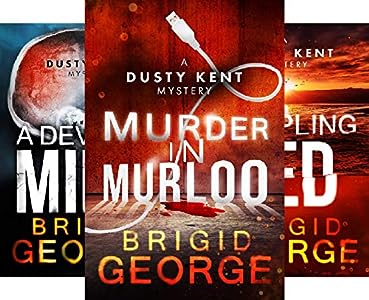 BRIGID GEORGE is the pseudonym of JB Rowley - author of Whisper My Secret, Mother of Ten (both Amazon #1 Best Sellers) and the children's series Trapped in Gondwana. Why Brigid George? Brigid because that was what JB's father called her. George because that was his first name. JB Rowley grew up in a small Australian town called Orbost in the state of Victoria. She spent her childhood chasing snakes and lizards down hollow logs, playing Hansel and Gretel in the bush with her brothers, climbing trees, searching the local rubbish tip for books to read and generally behaving like a feral child. To avoid her boisterous brothers she often escaped into the hayshed with a book. Hours and hours of reading from an early age trained her for life as a writer. In primary school her teachers called her 'the one with the Enid Blyton touch'. Her love of reading murder mysteries as an adult has now evolved into a love of writing them. As a teenager JB had short stories published in one of Australia's national magazines, New Idea. Since then she has won several awards for her stories which have also been published in anthologies. --このテキストは、paperback版に関連付けられています。

john
5つ星のうち2.0 A muddling plot and story
2018年9月7日に英国でレビュー済み
Amazonで購入
I found this story to be inundated with poorly developed characters and a muddling plot that eventually becomes somewhat a bit ridiculous. I left this book down on numerous occasions and only finished it out of a sense of my loyalty of finishing every book I start. Disappointed as I like reading Australian crime and thrillers.
続きを読む
違反を報告
レビュー を日本語に翻訳する

Seb Barrow
5つ星のうち5.0 Another good read.
2017年9月7日に英国でレビュー済み
Amazonで購入
Always rely on Brigid George to give us a good read with Dusty Kent doing her thing. Investigating murders for her own writing. This time, what looks like a straightforward suicide turns into a hunt for a murderer who had shot one victim and coerced another into suicide. Plenty of twists and turns with some help from her assistant, Sean, with some humour thrown into the pot.
続きを読む
違反を報告
レビュー を日本語に翻訳する

Avid Kindler
5つ星のうち3.0 Interesting without being engaging
2018年7月1日に英国でレビュー済み
Amazonで購入
Not a bad story, though some of the side issues strained credulity. The big problem for me was that none of the characters was fleshed out enough to engage my sympathies.
続きを読む
違反を報告
レビュー を日本語に翻訳する

As with the earlier two volumes, an effective device is giving the role of narrator to the detective’s besotted sidekick, Sean, so we learn about Dusty through his perspective. Moreover, the author casts him as tourist, not only to the region but to Australia, thus enabling him to unpack some idiosyncrasies of Australian slang, along with introductions to local flora and fauna (starting with an ancient albino crocodile called Pearl, creator of the notorious red ripples), for the benefit of foreign readers or newcomers to Australian colloquialism. All this helps establish the genre within a context familiar to Australians, while being accessible to readers beyond these shores.

This time, Brigid adds a little ghostly mystery to her botanical detail: Pearl is rumoured to have once been human. Other local superstitions complete the garnish, such as a lucky numberplate, or the belief that it’s bad luck to rock an empty chair. We also have other local touches, from Darwin’s ‘Hop-on Hop-off buses’, to a carpark at Stokes Hill Wharf, conveyed with the decisive click of a hatchback; from the Australian sheepdog known as a ‘kelpie’ with dark red fur, to the still waters of a billabong.

In Chapter 30, Brigid cheekily breaks the proverbial Fourth Wall with Sean’s jest, “Maybe she [Claire] just doesn’t want every detail of her life exposed in a bestselling Dusty Kent book?” This is one of my favourite murder-mystery tropes.

A little later, consideration of a possible link between depression and the Suicide Gene, places the novel firmly within contemporary Australian psychology. My own view is that society’s increasing focus on this genetic link might be helping corporations, bureaucracies and insurance companies shift blame onto sufferers, when the real culprit is often workplace stress. Nevertheless it’s commendable that the novelist included this debilitating condition with sensitivity. After all, mental illness is as much a part of Australian life as lamingtons, wattle and Vegemite.

It was great to find a mention of School of the Air, a means by which education can reach remote communities via radio. One of my first schoolmates, Mandy Kube (nie Hollis) used to work in that programme, while living at Mount Isa in Queensland. She spoke very highly of it.

Hopefully someone makes the Dusty Kent mysteries into a TV series. Perhaps then we’ll hear a voiceover in what Dusty calls her Irish assistant Sean’s ‘Blarney Stone’ accent.

Brigid George’s standard never varies. It's always excellent. How is she so prolific while maintaining such brilliance?

I received a complimentary advance copy of this novel.