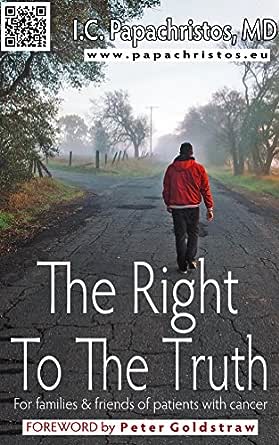 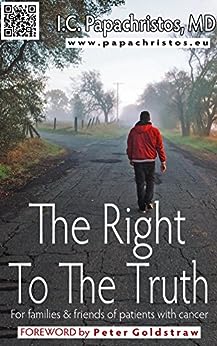 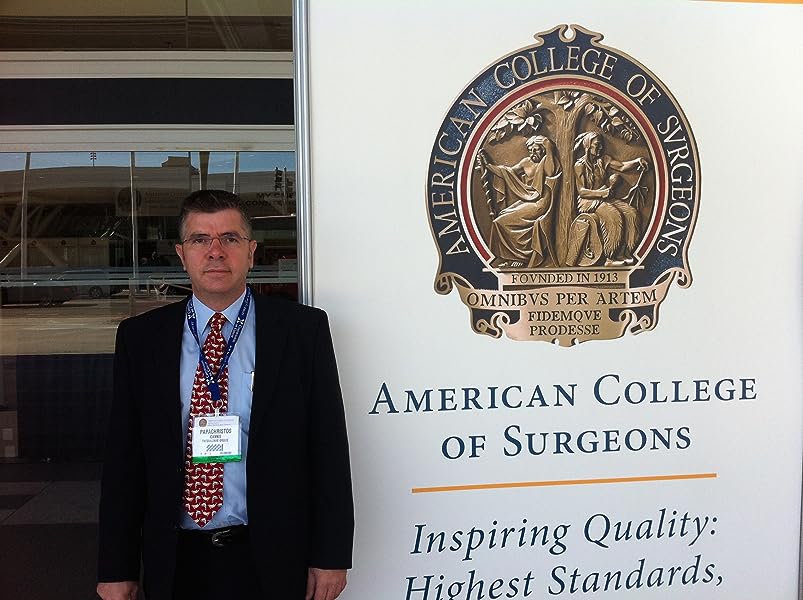 The Right To The Truth: For families and friends of patients with cancer (English Edition) Kindle版

I'm a thoracic surgeon and current Head of the Thoracic Surgery Department at the 424 Military Hospital in Greece. It's a position I've held since 1999. My early years were spent in my hometown, Kalampaka, which lies under Meteora, a picturesque rocky complex with post-Byzantine monasteries built on top. I studied Medicine at Aristotle University in Thessaloniki, Greece. I've been practicing Medicine since 1988. I began my specialist-training initially in Athens, Greece, then continued in the United Kingdom cities of London, Glasgow and Belfast. I'm a former Regent of the European Society of Thoracic Surgeons for Greece (2005-2010). My areas of interest include lung cancer, bioethics, medical ethics, and medical documentation. Click on this link for more details about my scientific and medical work: www.icp-med.gr/engl/scientific/ I serve as a Colonel in the Hellenic Army Medical Corps. My inspiration for writing emerged from career milestones and other events in diverse geographical locations and cities in the UK, Greece, the United States, France and elsewhere. My first three books were written and published in 2016, two in Greek and one in English: www.papachristos.eu In favor of: -coffee (lots of coffee) -wire fox terriers -humanism -history -photography -design and -reading. --このテキストは、paperback版に関連付けられています。

Constantine
5つ星のうち5.0 What a book! A definite page turner!
2018年1月28日に英国でレビュー済み
Amazonで購入
I was hooked on it from the very first page. The author, an MD, has presented the arguments skilfully and unbiased about how cancer patients, their family and the medical professionals deal with the truth about the disease. The book contains a number of clinical counter-examples supporting the arguments. As I was reading them, subconsciously, I imagined myself as the patient or a member of the family and compared my reactions to the ones described in the book. This provided me with a deeper thinking of how the patient, the family and the medical staff should deal with the life changing and the life threatening disease. Moreover, I recommend the book as a manual for those surviving cancer as well.
続きを読む
役に立った
フィードバックを送信中...
フィードバックをお寄せいただきありがとうございます。
申し訳ありませんが、お客様の投票の記録に失敗しました。もう一度試してください。
違反を報告
レビュー を日本語に翻訳する

Elena Selioni
5つ星のうち5.0 A book absolutely worth reading
2017年11月4日にアメリカ合衆国でレビュー済み
Amazonで購入
Loved this book, loved the straightforward manner it approaches such a delicate issue, the right to know the truth. In fact, it denounces the disastrous tactics of concealing a patient's diagnosis from him, or even worse, lying shamelessly to him.

The author reports numerous examples from his long experience of patients who ended up completely ruined, not physically, by the oblivious state their doctors or their family members had deliberately put them into.

Caught myself being 100% absorbed reading the stories by the lively narration and the author's excellent writing skills. Certainly recommend it not only to patients, but to medical - paramedical staff and relatives of patients.