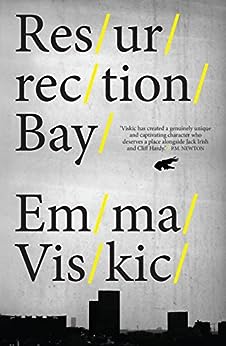 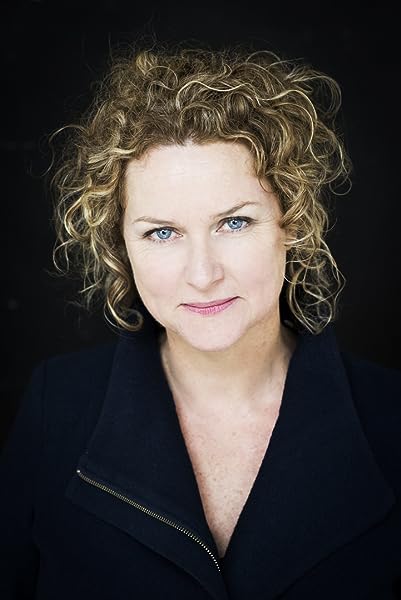 A "terrific debut . . . The hearing-impaired Caleb (Zelic) must rely on his keen ability to read faces as he tries to figure out whom, if anyone, he can trust. The truth behind the violence is both stunning and fairly clued, and Caleb is a sufficiently complex lead to easily sustain a series. James Ellroy and Paul Cleave fans will relish this hard-edged crime novel." — Publishers Weekly (Starred Review)

"Outstanding. . . a gripping and violent tale with a hero who is original and appealing.​" — The Guardian

"More than lives up to its hype ... Fierce, fast-moving, violent … it is as exciting a debut as fellow Australian Jane Harper’s The Dry, and I can think of no higher praise." — Daily Mail

"[A] stunning debut … original and splendidly plotted with a harshness that nevertheless allows humour to intrude. Above all, it has a superb cast of main characters." — The Times (Crime Book of the Month)

"All the staples of Australian crime fiction are here: unflinching violence, corrupt cops, brutish men and tougher women. Viskic, garlanded with five book awards down under, adds some enjoyable refinements: Caleb Zelic, a hero whose investigations are somewhat hampered by the fact that he's profoundly deaf, and a zinging wit to savour. First of a Zelic series." — Sunday Times Crime Club

"This outstanding debut from Australian author Viskic is fast-paced with gut-wrenching twists and an engaging protagonist." — Daily Express

"A very impactful thriller… distinctive… a hero you will want more of in future." — The Book Bag

"the dialogue is excellent. . . [the plot] zooms along." — Sunday Express

"Viskic’s novel is the reason I love reviewing. This is a truly gripping debut which feels as though written by a seasoned writer. Mesmerising." — Crimesquad

"The drama added by Caleb’s deafness is what makes the book." — Action on Hearing Loss

“An Australian thriller at its finest. A captivating read from first page to last. In Caleb Zelic, Viskic has created a character with depth and heart who will linger long after the final page.” — Jane Harper, author of The Dry

"In her research for Resurrection Bay, the author studied Australian sign language to add to the authenticity of the novel and that work really pays off here." — Crime Fiction Lover

“A terrific book … sharp, punchy, visceral and propulsive. The story grabs you by the throat from the opening pages and it never once slackens its hold.” — Christos Tsiolkas, author of The Slap

"On par with the heavyweights of crime." — Sydney Morning Herald

"An outstanding debut novel from an author you'd hope is busy on the next instalment right now." — The Newtown Review of Books

"Viskic has created a genuinely unique and captivating character who deserves a place alongside Jack Irish and Cliff Hardy." — P. M. Newton

"A kick in the teeth when the sting in the tail comes." — Clover Hill


"I was hooked … There is so much to love about Resurrection Bay." — Northern Crime

"A deadly game of cat and mouse … with double-crossing and questionable motives aplenty … a good twist." — Crime Thriller Hound


"Outstanding… gripping and violent… a hero who is original and appealing." — Laura Wilson, Guardian

"If this is anything to go by, we could do with more Aussie crime fiction over here. Viskic knows how to put together a gripping story." — Nudge Books

"A thriller that delivers a rush… a gritty and at times violent book with a great storyline at its very heart." — The Last Word (blog)

Emma Viskic is an award-winning Australian crime writer. Her critically acclaimed debut novel, Resurrection Bay, won the 2016 Ned Kelly Award for Best Debut, and an unprecedented three Davitt Awards: Best Adult Novel, Best Debut, and Readers' Choice. It was also iBooks Australia's Crime Novel of the year, and was shortlisted for both the CWA Gold and New Blood Daggers in the UK. Emma studied Australian sign language (Auslan) in order to write the character of Caleb Zelic. She is currently writing the fourth Caleb Zelic thriller. --このテキストは、kindle_edition版に関連付けられています。
続きを読む

S. Rothwell
5つ星のうち5.0 Resurrection Bay
2018年4月30日に英国でレビュー済み
Amazonで購入
One of the reasons I love Australia is because the people are so refreshing, open and honest. And their fiction is exactly the same. Resurrection Bay had been on my kindle about eighteen months when I became aware that it was due to be released in paperback, ready for book two following in hardback. After reading this book, that release can’t come quickly enough.
It takes place in Melbourne, somewhere I am familiar with so I enjoyed revisiting areas I knew and learning about the communities that I hadn’t seen. But whether you know them or not it doesn’t matter, this book is mainly about people and the way they are with each other.
As I said at the beginning of my review, Australian fiction is refreshing. One of the reasons why is because it so frank, where people say what they want to without causing any offence. Where people accept that nobody is perfect.
The main characters are Caleb and Frankie. Caleb has been deaf since he was a child after suffering from meningitis. I felt his frustration at missing fragments of conversation and how easy it was to misunderstand somebody. Especially if they weren’t looking at him whilst they were speaking. And the way he didn’t help himself by explaining to a stranger why he struggled. He is loyal, devastated over a friend’s death and determined to find out why he died .Frankie is an ex detective. She struggles with alcoholism like many in other books but because of her age, her wackiness, and her determination it all feels new. But there are more characters than Caleb and Frankie who stand out. Even those who only say a few words are so well drawn you can almost be stood next to them. They feel that real. I don’t think I’ve ever read a book where that has happened.

For much of the novel I felt tense, hoping that everybody would be ok and with a hope that there would be a reconciliation but the ending was one that shocked and upset me. I had no inkling that the storyline would go the way that it did. I really need to know what happens next.

Malcolm R
5つ星のうち3.0 Enjoyable but -
2017年10月13日に英国でレビュー済み
Amazonで購入
Fast paced thriller which is just as well as it stops you thinking about the plot which is a bit shaky in places. The biggest is why all the murders and how a puny inexperienced man who has never fired a gun gets the better of them all having been beaten up twice; big coincidence with his partner's place in the story too. Caleb seems a bit too articulate for someone deafened age five unless everyone he meets can sign and he is an absolute whiz at lip reading when it matters. Still enjoyable and almost enthralling.
続きを読む
3人のお客様がこれが役に立ったと考えています
違反を報告
レビュー を日本語に翻訳する

Joey VanB
5つ星のうち3.0 Dumbfounded not quite.
2018年2月8日に英国でレビュー済み
Amazonで購入
Not entirely sure what to say about Resurrection Bay. In many respects it is an engaging and slick thriller , well paced and full of believable dialogue . It is a story of deceit deception and added disconnection inasmuch as the story is told from the perspective of a profoundly deaf individual.
As someone who has experience of working with the profoundly deaf I found it easy to relate to the storytelling.
Three stars because I felt there was something missing . A lack of depth amongst all the death maybe.

CHRIS WHITE
5つ星のうち1.0 Disappointing
2020年7月1日に英国でレビュー済み
Amazonで購入
Having read Jane Harper's books I was hoping for something of the same quality, but this was a disappointment. Annoying main character, very one-dimensional and predictable. Plot ok, but for me the writing didn't create an atmosphere of sense of location in the same way that Jane Harper, for example, does. Won't be reading any more from Emma Viskic I'm afraid.
続きを読む
違反を報告
レビュー を日本語に翻訳する