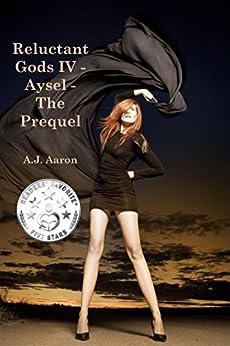 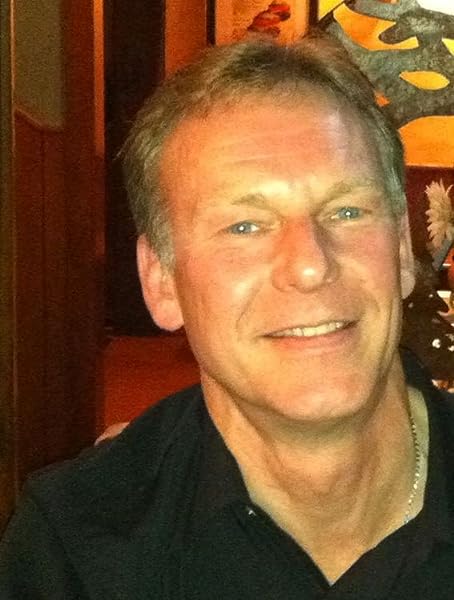 As in the Star Wars movie experience, the Reluctant Gods series can be experienced in any order. This fourth book of the series is the prequel to Reluctant Gods I and takes place decades before Sevilen is ever born. Readers wanted to know how Aysel, Sevilen’s great grandmother and mentor, became who she was in books one, two, and three. What shaped Aysel to become the highly evolved, very unique, sensual, powerful, and sometimes whacky creature in all the other books in the series?

Follow Aysel from the 1920s, when she is introduced to the world of immortal gods on this earth, to when she brings Sevilen into her family of gods and passes on her Designated One status along with her fortunes. Learn with her about the effect of changing others’ life paths with magic, and how to avoid the deadly results by using the Akashic records. Meet Varick Engel, the man who raised her, and learn why he raised her as he did; sheltered and away from society.

See how Tristan, who is Satan, and his consort Lillith, the archangels Michael, Raphael, Gabriel, and Auriel, the diligent and ever caring family assistant Alexander, and Aysel’s carefree girlfriend Emily become Aysel’s best friends and ultimately, her family. See why Aysel, as Sevilen’s great grandmother, can guiltlessly make passes at Sevilen throughout the series, as if she really were just another woman in her twenties, and not his one hundred and six year old great grandmother. Learn what family really means for immortal gods, archangels, devils, and demons.

Experience the influence witches, archangels, devils, and demons had on Aysel in becoming the powerful goddess she became, and enabling her to save Sevilen so he may become an immortal god as well.

Join them all in this humorous, lighthearted, metaphysical fantasy fiction with time travel, telekinesis, ESP, magic, and use of the Akashic records, by immortal gods and goddesses, archangels, devils and demons. Beings that need just think a thought to create reality; if they can bring themselves to believe, by not being so reluctant to become gods. Can it really happen if you believe? Would you be reluctant?

BEWARE! Not for those with closed minds, or narrow viewpoints of life. 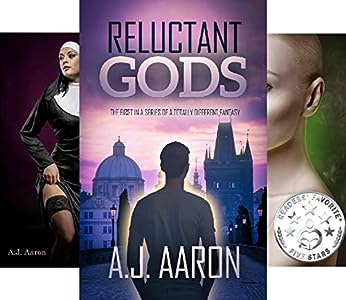 Author A.J. Aaron brings us an original and captivating story of immortal gods, angels, demons and the devil. While the story contains characters such as the archangels Michael, Gabriel, Raphael, as well as Satan and Lilith, Aaron reinvents these characters in a thought-provoking and entertaining manner to create this thrilling story.

Aysel is a beautiful character. She is sexy, sensual, intelligent, witty and charming. Aysel teaches us about faith and family. Following her in the story is not only entertaining it is mesmerizing as she comes into her fate as a god and then as she educates new gods.

Aaron’s use of historical figures, artifacts and times are all expertly weaved through the storyline with great care and effectiveness. The magic, humor, suspense, and intense moments all coalesce in an enchanting story of the creation of gods. I can’t wait to read the other books in this series. I love that Aaron writes the stories in a way that they can be enjoyed in any order. I highly recommend it!
続きを読む
違反を報告する
レビュー を日本語に翻訳する

Alicia J Mavong
5つ星のうち1.0 Tricked again
2014年6月13日にアメリカ合衆国でレビュー済み
Amazonで購入
Once again, I was drawn in by the excellent reviews of a free book on Amazon, and once again I was left baffled at how exceptionally horrible the book turned out to be. I can't figure out if I'm on crazy pills, or if the standard for literature (used in the loosest sense in this case)is just set uncommonly low.

Overall, I liked the original idea and concept that the book presented: reluctant beings with omnipotent powers and not much use for them. I liked that all the reviews consistently used words like "character development" and "strong characters." I liked that the author stated how closely he knew the characters, and that he would laugh writing their dialogue; imagining their reactions, retorts, and expressions. Excellent, I thought. Perhaps I've found a writer who, given that he's written 3 other books in this series, will finally have strong, well-developed characters and a natural dialogue. Someone who will make me fall in love with the characters and make me want to read more to see how their lives continue.

Then I read a few chapters and was forced to choke down my rage.

We meet the main character when she is 22 and just about to find out that she is to transition into a goddess. But she's been under house arrest for 22 years because her "father" lied to her and made her believe the world was filled with sickness and disease. Which is apparently cool with her, because it seems like she NEVER grew bored or even curious about the world outside. Just sat back all day and...twiddled her thumbs I suppose. Dreaming of....just sitting around. Who knows. An archangel appears to tell her the 'reason for her existence,' because now we're mixing Christianity with polytheism, and she freaks out and assumes that, thanks to her Catholic upbringing, her "father" is in cahoots with Satan. So she runs away to a nunnery.

All that, while hurriedly told, wasn't too bad. I could ignore the ridiculousness of it and the fact that it was all told, not shown. It was everything after. At the nunnery, she meets up with a not-so-religious other girl who takes over the book with her annoying existence. She speaks as though she is a pre-teen, except for when she suddenly drops words like 'genocide,' and we're painfully reminded that she is supposed to be in her 20s. She does 80% of the speaking, and when she does, her sentences betray thoughts and ideas so vapid, you can't help but think that she is exactly the type of person who should never be allowed to get behind the wheel of a vehicle, be responsible for young children or animals, or be entrusted with anything too complicated for a teenager to comphrehend. Her actions are exactly that of a 7yrs or mentally challenged 9yrs old. Except she's horny and loves one-night stands. And has moments when she suddenly remembers that she's grown up in the 1920s and has to drop a long string of ridiculous twenties slang, before continuing to NEVER use such idioms again.

Meanwhile, the supposed main protagonist of the story lets herself get dragged around by this Emily chick, all the while fretting away and wishing they didn't do magic and could just go home and read the bible.

The author, meanwhile, has decided that the whole book should be made up of nothing but dialogue. Unfeeling dialogue. You have no idea if the characters are saying what they're saying with ire, joy, enthusiasm, anger, annoyance, or any other emotion. It's just "blah blah blah" "then blah blah." Which would be fine if the characters used language to convey those emotions, but they don't. Because they are nothing more than vacant automatons.

I confess, I haven't finished the book, so there is still a chance for this supposedly 'character development.' Maybe in the last few chapters, Aysl will realize what a cow her friend is and literally smack some sense into her with her fists. Maybe she will say "f--- you, b----" and just go on her own way, making her own decisions, and actually voicing opinions. She will realize that she has been dependent on others to think, act, and speak for her, and she will run away to embrace who she actually is. The author will suddenly give the characters emotions, concepts will be naturally unfurled instead of dropped, and scenes will be fleshed out into full descriptions.

Ken
5つ星のうち5.0 An interesting read worth the time.
2015年12月3日にアメリカ合衆国でレビュー済み
Amazonで購入
An interesting twist on God, Satin and the Angels. I thought the author did a very good job of story telling. I will make you sit back and consider some of the characters in this tale.
続きを読む
違反を報告する
レビュー を日本語に翻訳する

Druidess_MoonStorm
5つ星のうち3.0 Difficult beginning but happy to have kept going
2017年6月6日にアメリカ合衆国でレビュー済み
Amazonで購入
In the beginning it was hard to get into the flow of the book but I am happy I kept going.
続きを読む
違反を報告する
レビュー を日本語に翻訳する