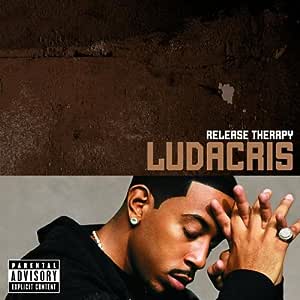 Ludacris doesn't pull out any real surprises here, but he also wouldn't have lasted this long if he didn't have a talent for consistency. What's missing here are big singles. His first attempt, "Money Maker," was too color-by-numbers. There's nothing on Release Therapy that achieves the anthem status of older Ludacris singles like "Stand Up" or "Pimpin All Over the World." Yet, even lacking a stand-out radio hit, Release Therapy is a satisfying listen, working what's now become a standard blend of playa/pimp songs ("Girls Gone Wild") and a few trap anthems ("Grew Up a Screw Up") and dispensing grown folk wisdom ("Freedom of Preach"). Along the way, he manages to take a slap at former protégé Chingy ("Tell It Like It Is"), rap about young mothers with Mary J. Blige on "Runaway Love," and hold it down for brothers in lock-up alongside Pimp C, Beanie Siegel, and C-Murder on "Do Your Time." Though not spectacular, Release Therapy stays the course for Luda to continue ruling as the Mouf of the South. --Oliver Wang

Rapper Ludacris has set a Sept. 26 release date for his ambitious new album, "Release Therapy." The Disturbing Tha Peace/Def Jam set will be preceded by the single "Money Maker," which arrives Monday (July 17) at U.S. radio outlets. The track was produced by and features Pharrell Williams. The "Release" portion of the set reveals a more personal side of the rapper. Here, he discourses on such socially conscious subjects as child abuse (the Polo-produced track "Runaway Love"). The "Therapy" section comprises such cut-loose tracks as "Girls Gone Wild." R. Kelly guests on the track "Woozy." Ludacris tells Billboard he envisions "Release Therapy" as giving listeners "their temporary fix or release for the day." Upcoming plans include bringing in Spike Lee to direct a video for "Runaway Love," and a tour featuring Ludacris' Disturbing Tha Peace roster, which is home to Shawnna, Bobby Valentino, Shareefa and Field Mob. "Release Therapy" is the follow-up to 2004's "The Red Light District," which has sold 2 million copies in the United States, according to Nielsen SoundScan. Billboard-2006