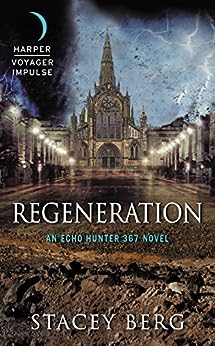 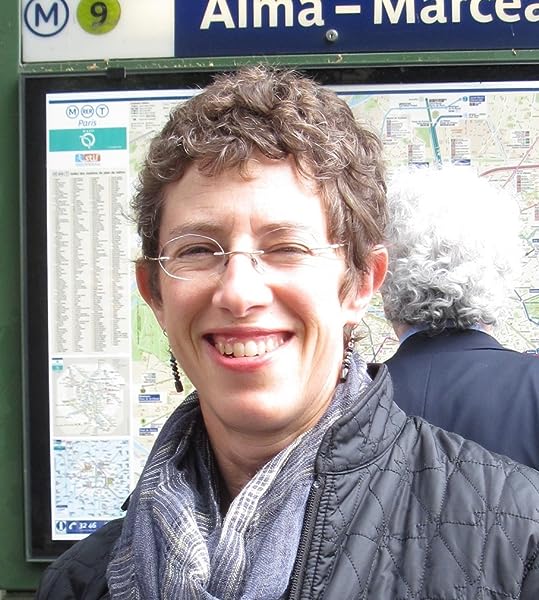 “Echo Hunter 367 may be a clone and callous killer, but she’s one with true heart and soul. Regeneration is a thrilling conclusion to Berg’s dystopia duology.” -- Beth Cato, author of The Clockwork Dagger series

“A Canticle for Leibowitz that passes the Bechdel Test and then some. This post-apocalyptic clash of values and technology demonstrates beautifully that physical bravery can only take you so far; real change only happens when we have the courage to listen.” -- Nicola Griffith, author of Hild
--このテキストは、絶版本またはこのタイトルには設定されていない版型に関連付けられています。

Stacey Berg is a medical researcher who writes speculative fiction. Her work as a physician-scientist provides the inspiration for many of her stories. She lives with her wife in Houston and is a member of the Writers’ League of Texas. When she’s not writing, she practices kung fu and runs half marathons.

Waites Family
5つ星のうち3.0 *Review from The Illustrated Page*
2018年3月27日にアメリカ合衆国でレビュー済み
Amazonで購入
Regeneration is the sequel to the post-apocalyptic novel, Dissension. Unfortunately, I didn’t enjoy Regeneration as much as its predecessor. As Regeneration starts where Dissension left off, I think this is a series that needs to be read in order. Also, I can’t figure out a way to do any sort of plot synopsis without spoiling Dissension. So be warned, spoilers follow from here on out.

At the end of Dissension, Echo walks out into the desert with the vague and distant hope of finding someone else out there in the world. At the beginning of Regeneration, she succeeds. The community she finds is thriving, with healthy citizens and lush plant life. It’s a place Echo could never have imagined, and even better, the new community might have the knowledge and technology to help Lia. But could these strangers be a threat to the Church and everything Echo knows? And within Echo’s home city, trouble and revolt still boil.

That “still” might be a large part of my problem with Regeneration. I feel like this sequel covers much of the same grounds as the original. The entire trouble with the citizens and worry of revolt? It felt so stale. The most interesting thing about Regeneration was the part that was truly new: Echo’s discovery of another, outside community. The beginning of the novel, when Echo was among them, was probably the most interesting part of the book. But once we get back to the Church, everything starts to feel familiar.

Additionally, I found the pacing to be slower. When reading Dissension, I felt compelled to keep flipping the pages. My best guess as to why is fascination with Echo’s character and her arc, as she slowly learns to see herself as a person. Most of that seems to have disappeared in Regeneration, and there’s not any sort of character growth or emotional journey to make up for it. That, plus all the back and forth movement of the plot, made for a much slower read.

I did like the expansion of the world building with the new community, but ultimately Regeneration left me unsatisfied. At several points, I considered quitting but ultimately stuck with it out of a desire to complete the series. Then again, maybe I was just in a different frame of mind while reading Regeneration. Other reviewers seem to like it much more than I did, so maybe it’s just me.
続きを読む
違反を報告
レビュー を日本語に翻訳する

Ginger 3701
5つ星のうち4.0 Unexpected ending.
2017年3月16日にアメリカ合衆国でレビュー済み
Amazonで購入
This book is packed with action from start to finish. Echo is still a bit unlikable and a killer. The Saint remains her only saving grace. All she does she does for the Saint. Every move she makes, every thought she has, everything she is, for the Saint. The ending was unexpected but should have seen it coming. Adam I happy with it? No. Could have ended so much better. 4 stars because it was good. 1 star left off because of the ending. My advice, and I am just one reader, carry this on. Do not end here. There has been absolutely no joy in either book and I am really sad to say that.
続きを読む
1人のお客様がこれが役に立ったと考えています
違反を報告
レビュー を日本語に翻訳する