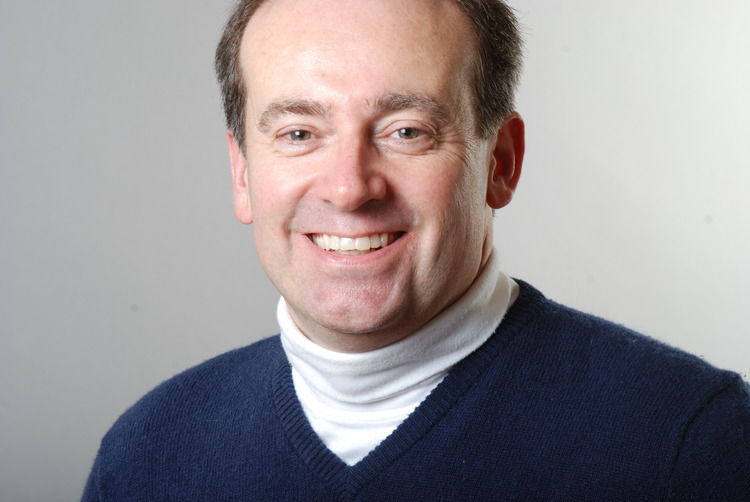 For as far back as I can remember, I have told everyone I know that I am going to be a writer. And it's not just some idle dream. I have been a busy girl, and my hard drive is bulging with the results of this ambition: a heaping assortment of almost-but-not-quite-finished short stories and at least three this-time-I'm-really-off-to-a-great-start-and-I-mean-it novels. Unfortunately, every single thing I have written--until now, that is--is fatally flawed. "Write what you know!" everyone told stubborn little me. Very good advice--that I completely ignored. Instead, I wrote and wrote, filling my stories to the brim with people and places I have spent my life reading about instead of the people and places that are my life. But all that changed the moment I looked out the window in Mr. Eliot's English class and screamed. Suddenly I had my very own story.

My tale begins in September, my first month in the "upper school" at St. Veronica's, on the Upper East Side of Manhattan. I know, I know--it sounds snobby, like one of those schools in the movies or TV, but trust me, it's not. Believe me, I'm not rich, and my friends aren't either. St. V's is just a nice, ordinary all-girls' school that just happens to be in a pretty expensive neighborhood. Yes, we wear plaid skirts with our lovely red blazers, and yes, there are a few nuns running around the place, but there are no limos parked outside or helicopters on the roof or anything like that.

We are just starting Great Expectations in Mr. Eliot's English class, taking turns reading aloud from the first chapter. So Leigh Ann Jaimes is reading. Someday, Leigh Ann, a very passionate reader, will win an Academy Award. When she reads, it's like one of those fabulous, a-star-is-born auditions for a Broadway play. Great Expectations, the "greatest novel ever written" per our Mr. Eliot, starts off with this spooky scene: as a cold early-evening fog hangs over a churchyard cemetery, the poor little orphan Pip is wandering near his parents' headstone. As Leigh Ann pours her heart into every word, I'm picturing the mist hanging over the graves, worn smooth by the passage of time. I feel the chilly, clammy air, hear the trees creaking and swaying in the wind, andso there I am, perched on the edge of my seat, when Leigh Ann reads: "'Hold your noise!' cried a terrible voice, as a man started up from among the graves at the side of the church porch. 'Keep still, you little devil, or I'll cut your throat!'"

Leigh Ann, along with everyone else in the room, spins around to look at me.

"Everything all right, Miss St. Pierre?" Mr. Eliot asks, peering over his glasses and trying to hold back a smile. Mr. Eliot is one of those teachers who is basically cool, but still a total geek--always making really corny jokes that only he gets. His first name is George, which explains a lot. Get it? George Eliot, like the novelist? Except that that George Eliot was really a woman named Mary Ann Evans. Oy.

I blush--just a little. "I'm fine. Thanks for asking though." Always keep 'em guessing--that's what I say.

He nods to Leigh Ann to continue.

Across the room, my best friend Margaret Wrobel has this huge smile on her face. She mouths the words "deep breaths" at me, which is what she always tells me when I get too excited, or too scared, or too anxious, or too anything. I'm a very emotional person--Ijust don't seem to have that "whatever" gene. Everything matters in my world.

Margaret reads next, and her version of Charles Dickens is flavored with a soupcon of a Polish accent, a remnant of the first seven years of her life in the suburbs of Warsaw. My eyes drift off for a moment, turning to the stained glass windows and the gray stone walls of St. Veronica's Church, separated from the school by a courtyard that is maybe twenty or thirty feet wide.

And then I scream. And this time, I am at least as startled as everyone else in the room, with the possible exception of poor Mr. Eliot.

"Sophie! For crying out loud. I know it's an exciting book, but please try to control yourself."

"I'm sorry, Mr. Eliot, but I saw--" I point out the window at the church, but the thing that had been so scream-worthy is gone.

"Nothing. I thought I saw something, but it must have just been a pigeon."

"My gosh. What was this pigeon doing?"

The bell rings (yay!) and I gather my books quietly and glance furtively out the window, hoping to get a second look at what I had seen for just the briefest flash.

Margaret and I walk to the locker we share.

"So, what was that all about?" she demands, after we get away from the crowd outside the room.

"I saw something," I whisper.

Rebecca Chen sticks her head in between Margaret and me. "What's going on? Why are we whispering?"

"Sophie says she saw something scary out the window during English class. She actually screamed."

"I saw a face in the window. That little round one in the church. C'mon, I'll show you."

We return to the now-empty Room 503 and re-create the scene.

"I was sitting right here, and for just a split second, I saw it, plain as day. A woman's face, really pale, almost white, with long white hair."

"No, I was wide awake. You know how sometimes you're sitting there with the remote, and you're flipping through the channels as fast as you can, but every once in a while you see something--something you recognize, like a cute guy, or a scene from your favorite episode of Seinfeld or whatever--and even though you only saw it for like a split second, you still take it in? Well, that's what it was like."

"Sophie, we're on the fifth floor," Margaret says. "That means we're forty feet up. That window is above us--it's probably just an attic or something. Sorry, but it's pretty unlikely that there was an old lady at that window."

"Unless it was a ghost!" Rebecca is getting more excited by the minute. "Or someone trapped! Or being held in a secret room, like in The Man in the Iron Mask!"

Margaret, the smartest person I know, can't resist an opportunity for a good literary allusion. "Or maybe she's in the church seeking sanctuary, like Quasimodo. You know, The Hunchback of Notre Dame."

A couple of years ago, Margaret's dad salvaged a complete set of the Harvard Classics that some moron in their building had put out with the trash. Margaret has made it one of her missions in life to read all seventy volumes.   "Guys, I'm serious. I know you don't believe me, and I don't blame you, but I swear I saw her. And, uh, the weird part is, even though I only saw her for a second, I got the strangest feeling that she was trying to say something to me."

"Like she needed help or something." I wait for them to scoff.

Michael D. Beil, an English teacher in a New York City high school, made his literary debut with this fun and brainy mystery. Its sequel, The Vanishing Violin, is also available from Knopf, and the third Red Blazer Girls novel is in the works.
続きを読む

Lori Katz
5つ星のうち5.0 A fun read.
2010年11月13日にアメリカ合衆国でレビュー済み
Amazonで購入
This book was such a fun read that I read it in one sitting on a flight from New York back to Los Angeles. Sophie, a 7th grader sees something in the window of a church across the way from her school. She and 2 friends sneak away to see what it was. Turns out an older woman, long out of touch with her daughter entices the girls to figure out a clue to a mystery that is over 20 years old. Will the remaining clues still exist? Will the treasure still be there? Find out in this mystery that includes literary references, friendship, first crushes and caring adults. The first in a new series.
続きを読む
役に立った
フィードバックを送信中...
フィードバックをお寄せいただきありがとうございます。
申し訳ありませんが、お客様の投票の記録に失敗しました。もう一度試してください。
違反を報告
レビュー を日本語に翻訳する
その他の国際レビューを読み込む

Sassy
5つ星のうち5.0 The red blazer girls review by Rosie
2013年10月24日にアメリカ合衆国でレビュー済み
Amazonで購入
This book is a mystery with a love twist. The clues are amazing and Margaret is really smart. You think Malcom is the one who is going to steal th ring but it is not.
続きを読む
役に立った
フィードバックを送信中...
フィードバックをお寄せいただきありがとうございます。
申し訳ありませんが、お客様の投票の記録に失敗しました。もう一度試してください。
違反を報告
レビュー を日本語に翻訳する

Amazon Customer
5つ星のうち3.0 an ok book
2013年8月28日にアメリカ合衆国でレビュー済み
Amazonで購入
I think this book isnt really the best book by the red blazer girls and I don't like it!!
Thanks