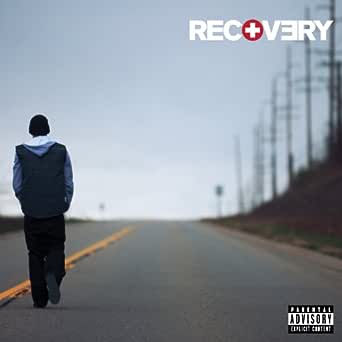 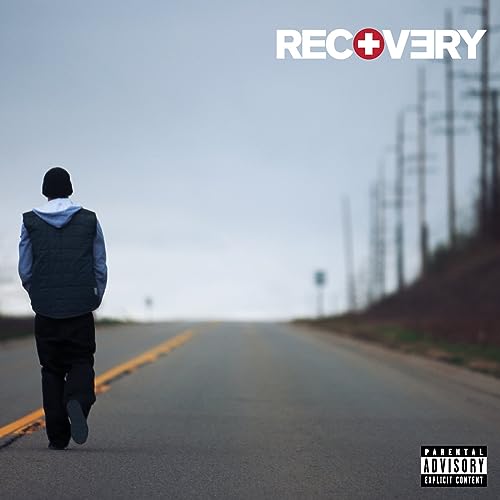 Yes you read it, I've been collecting vinyl now for afew years and can honestly say I didn't realise Hip Hop artists released their albums on vinyl anymore. Decided to start and get all Eminem's releases as let's be honest, he's great!

This album brought Em back into the mainstream, after Relapse people thought he was done, it wasn't radio friendly and alienated alot of general fans (personally I loved it) but this album brought him back with massive hits and big collaborations like P!nk and Rihanna.

The albums first single 'Not Afraid' saw 'Em stray away from his first album formula of a funny / upbeat jokey single and took more of a serious note then we got the massive hit Love The Way You Lie with Rihanna which was EVERYWHERE!

Magic Lemur
5つ星のうち5.0 Something Fresh...
2010年8月28日に英国でレビュー済み
Amazonで購入
I've just been listening to this album, and this is just to say that all the (positive) comments & reviews are true - this album really is Eminem back on top form. But it's not like his previous album's in having skits & similar themes running through it (e.g. his mom, illegal chemicals & mocking celebrities).

This album is something bold, new & innovative, almost like it's been done by a completely different rapper - so altered is the material.
And the best thing about this reinvention is that it is raw & rough - tracks like Going Through Changes  &Cold Wind Blows are unlikely to be singles, but are there to add texture to the album.

Some have said it is as good as The Eminem Show & I'd partly agree (to emphasise how good it is compared to the last two albums).
However, I don't think it is quite as vivid & attention-grabbing as his peak & I'd say it was more comparable with Invaders Must Die or The God Delusion in being ground-breaking work, but not quite on the level of their peerless work in their youth.
続きを読む
2人のお客様がこれが役に立ったと考えています
役に立った
フィードバックを送信中...
フィードバックをお寄せいただきありがとうございます。
申し訳ありませんが、お客様の投票の記録に失敗しました。もう一度試してください。
違反を報告
レビュー を日本語に翻訳する

Dean Cook
5つ星のうち5.0 Great Album
2018年11月28日に英国でレビュー済み
Amazonで購入
One of my favourite rap albums of all time. What a good album this really is. Bought it first when it was released and bought again now so I can get the MP3 version as well.
続きを読む
役に立った
フィードバックを送信中...
フィードバックをお寄せいただきありがとうございます。
申し訳ありませんが、お客様の投票の記録に失敗しました。もう一度試してください。
違反を報告
レビュー を日本語に翻訳する

Alex L
5つ星のうち5.0 New and Contagious - 5/5
2010年7月25日に英国でレビュー済み
Amazonで購入
Eminem's Recovery album is definitely something different to the Eminem show/ Curtain Call/ Encore and Relapse (I never really listened to the Marshal Mathers LP/ Slim Shady LP) but expecting him to bring out another Eminem show where every song I could listen to over and over until the end of time is never going to happen due to the media always changing, Recovery is definitely a huge step up from Relapse and I'm not even going to compare it to Encore... I will say listen to the entire album atleast 5 times before making a judgement because songs like 'Going Through Changes' and 'You're Never Over' that didn't appeal to me at first are now my most played songs in itunes, if you were a big Relapse fan you have to realise he's not going back to that and if you never listened to the Eminem show, I suggest you listen to it a few time because that is almost what you are getting with Recovery.

Cubby Kovu
5つ星のうち4.0 Returning to the good stuff but something is still missing not sure what
2015年1月28日に英国でレビュー済み
Amazonで購入
This is a mild improvement of the Relapse album the lyrics are a bit more engaging and intelligent and the album is quite meaningful too I quite like it but I still don't enjoy it as much as his first three main albums or the newest one of his.
続きを読む
役に立った
フィードバックを送信中...
フィードバックをお寄せいただきありがとうございます。
申し訳ありませんが、お客様の投票の記録に失敗しました。もう一度試してください。
違反を報告
レビュー を日本語に翻訳する