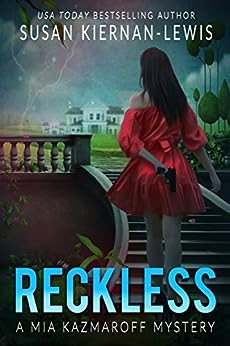 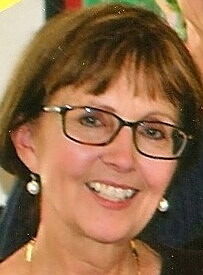 英語版 Susan Kiernan-Lewis (著) 形式: Kindle版
1 巻 (全 6 冊): The Mia Kazmaroff Mysteries
すべての形式と版を表示
Sorry, there was a problem loading this page. Try again.
Mia Kazmaroff has a gift nobody wants. She's able to tell the story behind any object simply by touch. It’s a gift that comes in handy when her only brother, a detective with the Atlanta Major Crimes Division, is murdered. Determined to find his killer, Mia reaches out to the one person in Atlanta she believes can help her—Dave’s partner, Jack Burton. Unfortunately, Burton is also the prime suspect.
Together, Mia and Jack create a partnership that breaks all the rules, skirts every law, and lobs as many sparks and landmines at each other as if they were adversaries–which half the time they are—all while attempting to ignore their undeniable mutual attraction.
Can two people so different—one intuitive and inexperienced, the other cynical and by-the-book—work together to solve the murder?

And can they do it before the killer turns his attention to Mia? 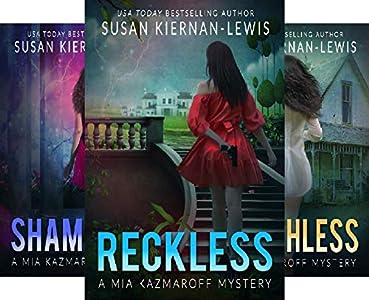 Lynda Kelly
5つ星のうち3.0 Needs A Better Proofreader
2019年2月14日に英国でレビュー済み
Amazonで購入
This is quite the entertaining debut to this series, although it needs a better proofreader !
I read on Goodreads that it had an alternative title and main character name in a prior incarnation and I think a couple of times the original names were used, which is a bit slapdash. Naomi was mentioned as was Ange, just the once apiece, yet we didn't have anyone with either name in the story....
She also did the guaranteed-to-be-marked-down-a-star thing of misspelling one of her own character's names, changing from Elliott to Elliot. Always unforgiveable for me, I'm afraid.
She misuses apostrophes or leaves them off altogether, writes ex-presso and at other times gets it right as espresso, where abouts doesn't need a space and this sentence is just nonsense-"He reached out and cupped both her chin with a hard hand." By products and work out both needed hyphenating and this sentence too is a mess-"What he means by that is, sweetie, is he never met anybody as crazy."
I did like Jack a great deal, mainly because of the dog, though. Mia I'd happily have smacked upside the head a few times. Reckless as a title suited her behaviour most of the way through pretty precisely !! And I know she learns information via touch but a couple of instances, when she'd just grab somebody, I just couldn't believe would ever happen. It seemed odd to me, too, that she is 28 yet is pussyfooted around like she's a child at times.
There were some funny moments peppered here and there that made me smile and I'll give the next story a go but it is hopefully better presented than this one.
続きを読む
違反を報告する
レビュー を日本語に翻訳する

Fantasy Reader
5つ星のうち5.0 Reckless
2016年8月17日に英国でレビュー済み
Amazonで購入
Excellent read. Mia's special powers of emphatic touch makes life difficult.
Her brother is a cop who does not get on with his partner,Jack Burton. However despite Jack's constant requests for a new partner the chief is reluctant to separate the very successful partnership.
Then Mia's brother dies and Mia thinks Jack may be connected- particularly when she feels guilt coming from him and hears that he has resigned from his post. It seems that Mia is not alone as the investigation of the ex-cops death seems to be going nowhere fast.
It is at this time Mia decided to take a chance on Jack and pushes Jack into partnership with her, their first case - to find her brother's killer.
続きを読む
違反を報告する
レビュー を日本語に翻訳する

Ann Stanmore
5つ星のうち5.0 Really enjoyable
2015年8月30日に英国でレビュー済み
Amazonで購入
Loved this book. Great characters, an interesting 'gift' of Mia's keeps you wondering what she will 'feel; next.

I actually read this twice! First I had let a little time lapse before writing a review so thought I would just skim through to refresh my memory but found I was enjoying this re read and just had to read it properly even though I knew what would happen next. Captivating and well written.

Really enjoyable and I look forward to reading the next in this series.
続きを読む
3人のお客様がこれが役に立ったと考えています
違反を報告する
レビュー を日本語に翻訳する

Kindle Customer
5つ星のうち5.0 Five stars
2016年8月14日に英国でレビュー済み
Amazonで購入
The beginning of the book was a little confusing getting to know who the policemen were by name. Mia starts of on her horse at a show for jumping. Mia has a gift when she touches things. Mia's brother Dave dies Mia thinks there is more to it. Mia gets Jack who was a policeman to open a business and she be his partner. A good read lots of who done it. Makes you read to the end. There are some bad parts in here also.
続きを読む
違反を報告する
レビュー を日本語に翻訳する

Father Ted
5つ星のうち4.0 "A gifted mystery"
2017年4月10日に英国でレビュー済み
Amazonで購入
There's plenty going on in this story. The characters are familiar, but have more than one dimension. If you throw a mystery death, a supernatural gift. and a hint of romance into the mix, then you get something for everyone. As with many books today, the ending isn't tied up with a neat bow, and the 'taster' for the next book in the series is tacked onto the end. As series go, if it's variety you seek, then you could do worse than follow this one.
続きを読む
違反を報告する
レビュー を日本語に翻訳する
すべてのレビューを参照します
トップへ戻る
Amazonについて
Amazonでビジネス
Amazonでのお支払い
ヘルプ＆ガイド
日本語ショッピングのための言語を選択します。 日本ショッピングのための国/地域を選択します。
© 1996-2021, Amazon.com, Inc. or its affiliates