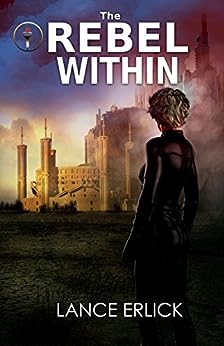 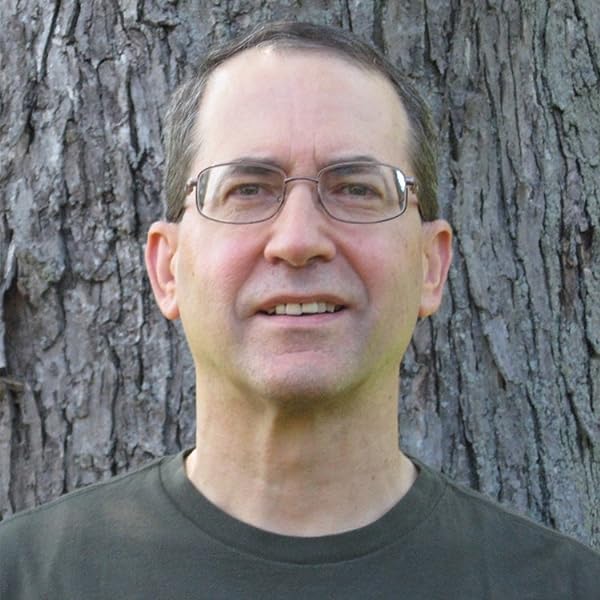 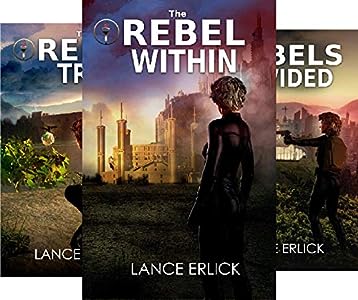 Lance Erlick likes to explore the mysteries of intriguing worlds with remarkable, often strong female guides facing and overcoming adversity as they try to change their world. He writes science fiction thrillers for young adult and adult readers. He is the author of The Rebel Within, The Rebel Trap, and Rebels Divided, three books in the Rebel series. In those stories, he explores the moral consequences of following conscience for those coming of age. He is also the author of the Regina Shen series-Regina Shen: Resilience, Regina Shen: Vigilance, and Regina Shen: Defiance. This series takes place after abrupt climate change leads to the Great Collapse and a new society under the World Federation. Lance is also the author of short stories and novelettes. To learn more about the author and his stories visit his website at http: //www.LanceErlick.com. --このテキストは、paperback版に関連付けられています。

Claire M. Jordan
5つ星のうち2.0 OK-ish but a bit disappointing
2016年12月8日に英国でレビュー済み
Amazonで購入
Well, it was exciting enough to hold my attention long enough to finish it, but the author seems to be one of those Americans who think that universal healthcare and food-safety rules are the stigmata of an evil dictatorship, which is irritating. The supposedly adorable younger sister is a simpering brat so insanely annoying that I spent the whole book wanting to punch her, and was expecting at any moment that she would turn put to be an enemy spy because I thought the author couldn't really be *serious* in presenting this whining, pouting, clingy little parasite as one of the good guys.

Also, much of the plot centres around the other characters' inability to defeat in unarmed combat a very tall, muscle-bound fighter who charges her opponents like a bull, even though anyone with even the most glancing acquaintance with martial arts knows that a tall opponent who charges into combat is easily toppled and just begging to be thrown into a wall. *I* could take her, and I haven't done judo for 40 years. And absolutely nobody in the whole book, including the author, appears to possess anything remotely resembling a sense of humour.

All in all, if you want to read a story in which males are either obsolete or have been reduced to second-class citizens, imo you'd be better off with Consider Her Ways by John Wyndham, When Voiha Wakes by Joy Chant, Black Maria by Diana Wynne Jones or the wonderful Chanur series (The Pride of Chanur, Chanur's Venture. The Kif Strike Back, Chanur's Homecoming and Chanur's Legacy) by CJ Cherryth.

[NB Black Maria was sold as Aunt Maria in the US, where people don't know that a Black Maria is a type of British police van used to transport prisoners.]
続きを読む
1人のお客様がこれが役に立ったと考えています
違反を報告
レビュー を日本語に翻訳する

Kindle Customer
5つ星のうち4.0 Read it
2016年12月18日に英国でレビュー済み
Amazonで購入
I chose this raiting because I can't wait to Read the next book. I liked the fact that it was different to normal story's about the future when everything went fubar. I would recomed to anyone that likes a good read
続きを読む
違反を報告
レビュー を日本語に翻訳する

Marina Fontaine
5つ星のうち4.0 A plausible dystopia
2013年10月7日にアメリカ合衆国でレビュー済み
Amazonで購入
This is the book that asks: What would happen if women ran the world? Peace? Harmony? Universal love? With the recent statistics pointing to women increasingly becoming breadwinners while men choose to forgo college education, the question is less academic (or sci-fi) today than it would have been even a decade ago. The book's answer is less than encouraging. In the fictional Federal Union, formed after the Second Civil War, men are not just second class citizens, but virtual prisoners, to be held and disposed of like so much meat. And women, of course, are still prone to human failings: jealousy, violence, desire to control.

The story is told by Annabelle Scott, a 15-year old with a traumatic past whose family was taken away from her at an early age. When she is recruited for the "mechs," an elite and fierce group of warriors, she will be torn between her desire to be successful at the training school and the need to subvert the society that has destroyed her family.

I loved the characterization in this book. There are many character to juggle, and each one is memorable. The protagonist shows just the right balance of vulnerability, strength and very recognizable teen rebellion super-charged by the untenable circumstances. There are many (maybe a bit TOO many) training and action scenes. If I had to compare the tone of most of this book to something, I would probably choose Ender's Game- brutal school rivalries, a manipulative adult in charge, relentless preparation for combat. Except, of course, the expected combat would be with fellow human beings, and the conflict taking place inside Annabelle's mind makes all the difference.

NOTE: Even though there is fair amount of violence in the book, it should be acceptable reading for teens, and is sure to result in a good discussion in school or library environment.
続きを読む
3人のお客様がこれが役に立ったと考えています
違反を報告
レビュー を日本語に翻訳する

Tasha M. Sorenson
5つ星のうち4.0 fun book for a great price
2014年8月26日にアメリカ合衆国でレビュー済み
Amazonで購入
The Rebel Within has an interesting premise that I enjoyed. The dystopian world was well built and the novel has great elements of action and suspense. Erlick created a "Hunger Games"-esque story that keeps his audience entertained from start to finish. I look forward to reading the second book.
続きを読む
1人のお客様がこれが役に立ったと考えています
違反を報告
レビュー を日本語に翻訳する

DVHemi
5つ星のうち5.0 A Real Page Turner
2013年5月26日にアメリカ合衆国でレビュー済み
Amazonで購入
What a pleasant surprise! The author, Lance Erlick, has done a terrific job of characterizing the setting for this story, as well as quite masterfully describing the key players … what bonds them together and what sets them apart. The intrigue was palpable and the author builds to quite a suspenseful conclusion. The fight scenes were graphic, without being offensive. This book reminded me of “Hunger Games” and was a very enjoyable read. There is plenty of opportunity for a follow-on book, which I would most certainly purchase. Congratulations Lance!
続きを読む
1人のお客様がこれが役に立ったと考えています
違反を報告
レビュー を日本語に翻訳する
すべてのレビューを参照します
トップへ戻る
Amazonについて
Amazonでビジネス
Amazonでのお支払い
ヘルプ＆ガイド
日本語ショッピングのための言語を選択します。 日本ショッピングのための国/地域を選択します。
© 1996-2020, Amazon.com, Inc. or its affiliates