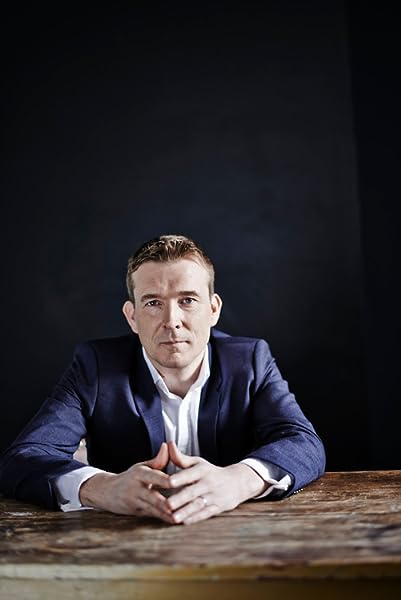 [The Reason I Jump] has been impossible to forget. -- Ian Thomson, Books of the Year 2013 * Evening Standard * The freshness of voice coexists with so much wisdom . . . it will stretch your vision of what it is to be human. * The Times * This is a wonderful book. I defy anyone not to be captivated, charmed and uplifted by it. But above all, you will never feel the same about autism again. * Evening Standard * The Reason I Jump reads effortlessly, each page challenging preconceptions that autistic people lack empathy, humour or imagination. * Independent on Sunday * The most remarkable book of the year. The book throws a pontoon bridge over the chasm dividing autistic and neuro-typical experience. -- Charlotte Moore, Books of the Year 2013 * Spectator * An extraordinary account of how autism feels from the inside. * Observer *

Naoki Higashida was born in Kimitsu, Japan in 1992. He was diagnosed with autism in 1998 and subsequently attended a school for students with special needs, then (by correspondence) Atmark Cosmopolitan High School, graduating in 2011. Having learnt to use a method of communication based on an alphabet grid, Naoki wrote The Reason I Jump when he was thirteen and it was published in Japan in 2007. He has published several books since, from autobiographical accounts about living with autism to fairy tales, poems and illustrated books, and writes a regular blog. Despite his communication challenges, he also gives presentations about life on the autistic spectrum throughout Japan and works to raise awareness about autism. In 2011 he appeared in director Gerry Wurzburg's documentary on the subject, Wretches & Jabberers. David Mitchell is the author of the novels Ghostwritten, number9dream, Cloud Atlas, Black Swan Green and The Thousand Autumns of Jacob de Zoet. He has been shortlisted twice for the Man Booker Prize and won several awards for his writing. KA Yoshida was born in Yamaguchi, Japan, and specialised in English Poetry at Notre Dame Seishin University.

cookson
5つ星のうち5.0 I Highly recommend it.
2016年11月5日に英国でレビュー済み
Amazonで購入
I work with Autistic students and have read many book about Autism. This was an eye-opener for me. I have promoted the book amongst my colleagues... it is unlike any other book that I have read. I Highly recommend it.
続きを読む
34人のお客様がこれが役に立ったと考えています
違反を報告
レビュー を日本語に翻訳する

Allisha mck
5つ星のうち5.0 Amazing helpful read
2017年11月14日に英国でレビュー済み
Amazonで購入
If I could give this book more stars i really would. I have learnt more about autism an learnt ways to understand my son more than I did on the many courses I went on. Amazing book made me very tearful I cried for days after and changed my whole mindset. I have made so many people read the book an they have learnt so much. I even had to order more copies because so many people wanted to read it. Defiantly buy it u won't regret it.
続きを読む
20人のお客様がこれが役に立ったと考えています
違反を報告
レビュー を日本語に翻訳する

zabou5
5つ星のうち5.0 Beautiful and Educational reading: a bridge between two worlds
2019年1月29日に英国でレビュー済み
Amazonで購入
I am so impressed by the common sense and straightforwardness of its young author at the time..only 13 but yet he is able to invite his readers to have a glimpse of the autistic mind, leaving his own ajar for a while to be a bridge between us and the neurotypical world on behalf of so many. I have read a few books written by a few specialists in autism, the one talking the talk and walking the walk but this one is particularly emotional for me and went straight to my soul. I hope this book will dismantle a few preconceived ideas people take for certain and allow the people of good will to see for the time of the reading the colours of our world, its sensitivity, its emotions too raw too often and realise we too are alive in these society, craving to be heard and acknowledged but too often dismissed before being given a chance. I hope this book gives you the same immense and emotional pleasure that I have experienced reading it.
続きを読む
7人のお客様がこれが役に立ったと考えています
違反を報告
レビュー を日本語に翻訳する

Marbeth lynch
5つ星のうち5.0 This book humbled me, truly inspirational
2017年11月12日に英国でレビュー済み
Amazonで購入
I got more from this book than the hours of trawling the web and reading so called experts to try and understand how people with autism think. Who better than Naoki who has autism and articulately tells it how it is, with humour, heart and soul. This is one of the most inspirational books I've read and has helped immeasurably to relate better to my son and alleviate fears for his future. I highly recommend this book to everyone as we all come into contact with people with autism and there's a lot so called normal folk can learn from them.
続きを読む
10人のお客様がこれが役に立ったと考えています
違反を報告
レビュー を日本語に翻訳する

Marco Rossini
5つ星のうち5.0 Very well-translated and is a must-read
2016年2月2日に英国でレビュー済み
Amazonで購入
This is a beautiful book written by a Japanese boy who can't talk because of his autism. But he learned with his mother how to communicate with others in writing, and he managed to reveal his inner world that nobody had known existed inside him until then. He narrates what autistic children are feeling and thinking about in different situations, why they behave in a way 'ordinary' and 'healthy' people don't understand. He tells a story that reflects his inner world in the most beautiful as well as insightful way.

I read the original version in Japanese first, which was full of extremely touching words, and I think this English version, offered by David Mitchell and his Japanese wife, Keiko, is translated in a faithful manner to the original version, and it offers a great opportunity for the readers in the world to understand the inner world of autistic children. This book has achieved to bring up the awareness of other 'healthy' people who read it to the level that they've never imagined what autistic children could feel or think. This book can also enlighten many people who can only judge others by observing whether they're able to behave and react in a 'normal' way. Autistic children may react differently in certain situations, but the young Higashida has managed to reveal what those children are actually feeling and trying to do, and how they want to be seen.