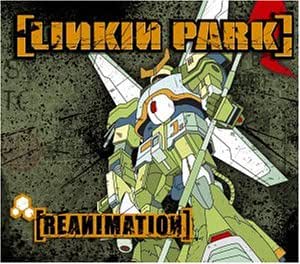 "Reanimation" is not just another remix album. With the help of over 20 friends in rock, electronic, and hip hop, from well-known to underground, we've reinterpreted all of the songs from Hybrid Theory, plus High Voltage and My December. "Reanimation" strives not just to be different from the original, but different from everything else as well.

Will. B
5つ星のうち3.0 For die hard LP fans
2014年3月20日に英国でレビュー済み
Amazonで購入
I recently realised that I owned all of LP's albums and I had missed their remix albums, it's true that I was cynical at the beginning since I thought the songs would lose their metallic, hard-hitting feel and for some of the album I was right. Remix's to 'Points Of Authority' and 'In The End' tend to lose the edge that they held on the album even if Shinoda depicts some outstanding variation of rapping. But within the electro remix's there are some tracks that hit just as hard if not even harder than the original, remix's of 'Pushing Me Away', 'Crawling' and 'One Step Closer' could have been on Hybrid Theory and the album, would've been a bit different, but still amazing. You've got to be a serious fan but inside this barrel of nails there are some diamonds.
Essential Tracks:
FRGT/10
P5hng Me Aw*y
1stp Klosr
KRWLNG
続きを読む
3人のお客様がこれが役に立ったと考えています
違反を報告
レビュー を日本語に翻訳する

suzanne k cruickshank
5つ星のうち4.0 One of the better classics.
2018年7月11日に英国でレビュー済み
Amazonで購入
Love for this band, I miss Chester's voice for any new songs that may have been produced. However, he will always live on in the CDs and everyones heats. This album is one of the better ones from Linlin Park.
続きを読む
違反を報告
レビュー を日本語に翻訳する