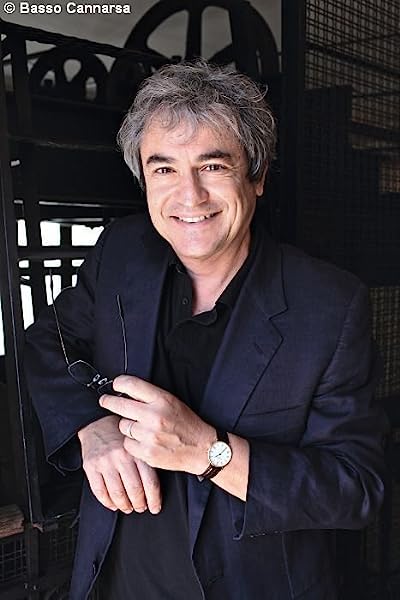 A global superstar... Professor Rovelli is making the grammar of the universe accessible to a new generation ― Channel 4 News

The physicist transforming how we see the universe ― Financial Times

The new Hawking... His writing is luminous. By the time I had finished reading I was in serious awe of the author -- David Aaronovitch ― The Times

This is a really, really good book about science. It's like a tonic for the mind. Carlo Rovelli is a physicist so of course this book is about physics. But it's much more than that. It's about thinking clearly... He gives beautifully clear explanations of the ideas of the cleverest people in history, from Democritus, via Newton, to Einstein and beyond. ― Evening Standard

Rather brilliant... for fans of cutting-edge physics made accessible -- Mark Haddon

The latest thinking in physics is distilled in this primer... Why do you need yet another popularisation of theoretical physics? Because Rovelli writes with crystalline simplicity. And because he turns quantum physics into a coherent story, shaping it as a quest for a single, underlying "substratum" of reality - from Democritus's finite, indivisible atoms to Einstein -- James McConnachie ― Sunday Times

A comprehensive guide to the bewitching adventure of physics ― Daily Telegraph

Rovelli writes with elegance, clarity and charm... A joy to read, as well as being an intellectual feast -- Michael Brooks ― New Statesman

Be prepared for your intellectual foundations to be vaporised... Carlo Rovelli will melt your synapses with this exploration of physical reality and what the universe is formed of at the very deepest level... Quantum gravity is so new that there aren't many popular books about it. You couldn't be in better hands than Rovelli, a world expert -- Tara Shears ― The Times Higher Education

Like all great thinkers, Rovelli has a talent for simplicity. His prose is lucid and poetic... It's not a scientific treatise. It's a paean to the wonder of the natural world... I scraped a C in my Physics O-level and haven't been near a physics textbook since. If I can understand - and even enjoy - Rovelli's book, then anyone can -- William Cook ― Spectator

A marvel... In exquisitely written pages Rovelli seeks to bridge the divide between what CP Snow called the "Two Cultures" of science and the arts -- Ian Thomson ― Guardian

If your desire to be awestruck by the universe we inhabit needs refreshing, theoretical physicist Carlo Rovelli is up to the task ― Elle

Carlo Rovelli is a theoretical physicist who has made significant contributions to the physics of space and time. He has worked in Italy and the US, and is currently directing the quantum gravity research group of the Centre de physique théorique in Marseille, France. His books Seven Brief Lessons on Physics, Reality Is Not What It Seems and The Order of Time are international bestsellers which have been translated into forty-one languages.

Manninagh
5つ星のうち5.0 Not only interesting, but beautifully written!
2018年1月9日に英国でレビュー済み
Amazonで購入
I read a LOT of books on science for the non-scientist by some very effective communicators, but this is easily the most beautifully written book that I have read on any subject for a long while. I don't know if this is a translation from Italian or if Prof. Rovelli wrote it in English, but either way this is not only a very clear and interesting explanation of some very complex physics, but the language used is absolutely wonderful. Enchanting, which is not a word I use ordinarily...
続きを読む
75人のお客様がこれが役に立ったと考えています
違反を報告
レビュー を日本語に翻訳する

Arboreal Cephalopod
5つ星のうち5.0 Infintesimals are God's way of telling you your math is wrong...
2019年4月19日に英国でレビュー済み
Amazonで購入
I like Carlo Rovelli's writing, so I'm a bit biased to start with. However, in my defense he does write extremely well and conveys difficult concepts with startling clarity In this book Carlo takes us on the journey to Quantum Loop Gravity, a concept which attempts to join General Relativity with Quantum Electrodynamics, without anybody disappearing in a puff of purple smoke leaving nothing but their boots. It isn't entirely successful. Starting with the Greeks we look and some general philosophical aspects so everybody is nicely grounded in 2,000 years ago, and nothing much changes until Newton. At this point everybody is happy, nice deterministic universe, off to church on Sundays in the sure knowledge it won't make any difference. Then along came Max Planck, Schrödinger (him of the missing pet cat) and Heisenberg, this little gang of trouble makers caused a lot of uncertainty. But after a while a bunch of clever people, notably Julian Schwinger, Richard Feynman and Freeman Dyson, (nothing to do with vacuum cleaners), had a good look and decided we could explain almost everything by looking at the interaction of fields. Carlo runs with this idea, going to back to the by now rather simplistic ideas of Newton (to be fair, he saw the elephant in the room *and* measured it's gravitational force!) and begins to put forward an idea of how these fields could explain gravity without the universe doing a credible impersonation of an Ouzelum bird. The end of the book is quite complicated, but well worth it for the simple reason you are still reading at that point! Also, as a history of physics in a nutshell, it shines for it's brevity but without loosing important detail. Every paragraph is worth reading twice. I digress. It's a damn good read, worth bunging a few groats Carlos way, you won't be sorry. That good enough?
続きを読む
24人のお客様がこれが役に立ったと考えています
違反を報告
レビュー を日本語に翻訳する

G
5つ星のうち5.0 A walk through the history of science, with the aim to answer the question, “what is gravity?”
2019年2月20日に英国でレビュー済み
Amazonで購入
It was a great walk through history, from the Greeks at Miletus, to the present day search for what is gravity. This walk through history is valuable, because it shows how scientific knowledge develops, and how hypotheses are subsequently validated through experiment, or shown to be unhelpful. It also shows how people depend on their predecessors work to make progress, and refine knowledge. At each stage in the process, theories produce something which gives a basis for practical developments. A future scientist then refines that nderstanding, which may reveal anomalies in the previous theory, or description of the world. This doesn’t negate the previous work, but adds to understanding, and may then allow the development of new practical applications. It’s a great little book, and easy to follow, even though the few mathematical formulae quoted will be a foreign language for most people.
続きを読む
11人のお客様がこれが役に立ったと考えています
違反を報告
レビュー を日本語に翻訳する

Scazdad
5つ星のうち5.0 Insightful and Stimulating
2017年6月18日に英国でレビュー済み
Amazonで購入
It's been wonderful to gain this insight into the nature of reality and space\time. I'm continually humbled by the intelligence of people like Rovelli. I've read other books on the subject and similar, and I have found this to be the best.
続きを読む
26人のお客様がこれが役に立ったと考えています
違反を報告
レビュー を日本語に翻訳する

PauloMunich
5つ星のうち3.0 Got bored with it
2019年1月12日に英国でレビュー済み
Amazonで購入
This book starts off by going back to the ancient Greeks - I think this is a mistake. Nobody wanting to read about Quantum Gravity is interested in the ideas of the ancient Greeks. At times it's obvious that it has been translated from Italian. It's only a thin book but by half way through I was bored with it.
続きを読む
12人のお客様がこれが役に立ったと考えています
違反を報告
レビュー を日本語に翻訳する
すべてのレビューを参照します
トップへ戻る
Amazonについて
Amazonでビジネス
Amazonでのお支払い
ヘルプ＆ガイド
日本語ショッピングのための言語を選択します。 日本ショッピングのための国/地域を選択します。
© 1996-2020, Amazon.com, Inc. or its affiliates