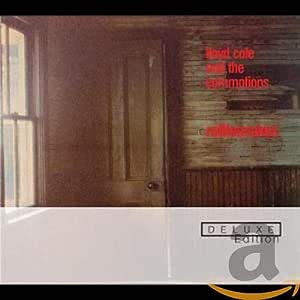 Chris H
5つ星のうち5.0 The best album of British Country Rock that you will ever hear.
2018年1月19日に英国でレビュー済み
Amazonで購入
Stunning - in fact, almost unbelievably good for a debut album from a guy who was only 23 at the time this was released. With the exception of the bonus songs bolted onto the back end of the original album, there isn't a weak track here and most of them are wonderful. Cole's breaking, soulful voice, his clever, moody lyrics and the Commotions' precise but subtle arrangements and the sheer quality of their playing have stood the test of time. It isn't without blemish - self conscious and rather pretentious lyrics (like "Read Norman Mailer, Or get a new tailor" in Are You Ready To Be Heartbroken?) can be disconcerting - but this is still the best album of British Country Rock that you will ever hear. Even for someone like me who has always preferred aggressive, passionate and uncontrived forms of rock (by everyone from The Jam to Led Zeppelin, Ozzy and even - don't underestimate them - Slade!) it is impossible not to admire tracks like Charlotte Street, Perfect Skin, Rattlesnakes and Speedboat. For me, they will always evoke long car journeys to go climbing in Wales and Scotland in the 80s - but I still listen to them today, 30 years later!
続きを読む
5人のお客様がこれが役に立ったと考えています
役に立った
フィードバックを送信中...
フィードバックをお寄せいただきありがとうございます。
申し訳ありませんが、お客様の投票の記録に失敗しました。もう一度試してください。
違反を報告
レビュー を日本語に翻訳する

G. D. Kendall
5つ星のうち5.0 Really good semi-intellectual pop that will lift your mood
2018年4月18日に英国でレビュー済み
Amazonで購入
This is a straightforward but brilliantly played album of songs with tunes you can remember and lyrics that you can follow. An under-rated, but very good, singer songwriter supported by light but dot-on brilliant guitar playing.
続きを読む
役に立った
フィードバックを送信中...
フィードバックをお寄せいただきありがとうございます。
申し訳ありませんが、お客様の投票の記録に失敗しました。もう一度試してください。
違反を報告
レビュー を日本語に翻訳する

JMC
5つ星のうち5.0 Unnecessary bonus tracks
2015年4月7日に英国でレビュー済み
Amazonで購入
One of the great albums of the Eighties and recognised as one of the best debut albums of all time. Great pop songs and wonderful orchestration on some tracks. I'm especially fond of Speedboat, Rattlesnakes and Forest Fire. As usual, the bonus tracks do nothing except threaten to take the shine off an otherwise perfect album.
I wasn't too keen on the follow-up Easy Pieces, but their third album Mainstream is a neglected classic.
続きを読む
1人のお客様がこれが役に立ったと考えています
役に立った
フィードバックを送信中...
フィードバックをお寄せいただきありがとうございます。
申し訳ありませんが、お客様の投票の記録に失敗しました。もう一度試してください。
違反を報告
レビュー を日本語に翻訳する

S. Suligowski
5つ星のうち5.0 another classic 80's album
2009年3月26日に英国でレビュー済み
Amazonで購入
Rattlesnakes was one of my best vinyl purchases of the 1980's, so it was only natural that i would purchase the album on cd.
This for me is the best album from lloyd cole and one which pre dates the more commercial type sound of 'easy pieces'. There are some bands that do not improve album wise, unfortunately, in my opinion lloyd cole and the commotions are such a band, but this album is a gem and on its own stands out as an 80's masterpiece. Definitely worth buying if you are a true 80's fan!
続きを読む
1人のお客様がこれが役に立ったと考えています
役に立った
フィードバックを送信中...
フィードバックをお寄せいただきありがとうございます。
申し訳ありませんが、お客様の投票の記録に失敗しました。もう一度試してください。
違反を報告
レビュー を日本語に翻訳する
その他の国際レビューを読み込む

BD
5つ星のうち5.0 she's got cheekbones like geometry and eyes like sin..
2006年2月9日に英国でレビュー済み
Amazonで購入
It is hard to believe that the original album was originally released over 20 years ago in 1984. Originally labeled part of the so called `college rock' scene (and later cruelly labeled as glum rock) this album goes way beyond being included in any such `movement' and stands high as one the finest albums of the 80's by any artist and one of my favourite all time albums. The production has not dated, probably as a result of the combination of a clean sound and the intelligently composed songs laced with smart, ironic lyrics, formed around folk-rock-melody patterns, a style which remains eternally popular. This classic album kicks off with the impossibly wordy track `perfect skin' (a trick repeated on a later commotions album `mainstream' and the opening track `my bag') which really sets the tone for the whole album with Intelligent lyrics, quality musicianship and painted pictures full of observations of young university life and loves, and conflicting social circumstances that occur among the overeducated and underemployed.

Cole's key skill, which he also carries over with varying success into his solo career, is to be smart and accurate with observation and commentary, but also retain a certain degree of self mocking wit and humour about proceedings, which prevents Lloyd Cole coming across as self indulgent or pretentious. This album and its songs are literally littered with statements, questions and self answered queries, many of which have more than one angle to approach them from, for example how many songwriters dare to pair up the words sin and cosmopolitan in a verse?

Very rarely, there isn't really a weak track on the original album, but highlights for me are: Perfect Skin, Rattlesnakes, Forest Fire, 2CV, Patience and a real gem hidden at the back are you ready to heartbroken?

The bonus CD is must for the fan containing a worthwhile mix of demos and rarities that are not available elsewhere, but the part i really enjoyed was the detailed bonus sleeve notes where they describe the process, thoughts and ideas behind the songs and how their musician skills evolved during the recording of the album. Being a musician myself i loved the bit where they described how they created the guitar solo in forest fire by marking the floor in front of the amp with tape and hand written notes to acheive the different notes during the solo through feedback.

Like many of my favourite albums of all time (and the original release being one of them) it is the subtlety that appeals here with the outstanding lyrical content and musicianship that does the talking. Along with `Mainstream' and Lloyd Cole solo album `Lovestory, Rattlesnakes represents Lloyd Cole at his very best. If you enjoy artists such as Prefab sprout, Aztec Camera or The Bible you will enjoy this. This album is full of lyrical and musical interplay that more recent bands or artists such as Coldplay or KT Tunstall can only dream of.