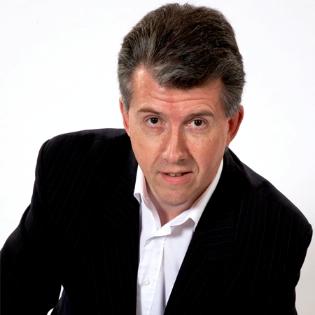 Coach Ian Scott, is a life coach based in Lancashire, United Kingdom. He is the writer and producer of two highly successful podcast shows, which have being "Featured" in iTunes, and have being in the Top 100 podcasts in 22 countries including the United Kingdom, Belgium, France, Germany, Portugal, Japan, Italy, Denmark, Ireland, Australia, and Finland. His original show is the Coach Ian Scott podcast, which covers a number of topics related to life coaching, personal development and self-management. Coach Ian Scott is also the host of a talk show called Conversations with Coach Ian Scott. The center of focus for this show, is providing a glimpse into the lives and careers of professionals around the world. Guests on the talk show have included: Kelly Perdew, Winner of The Apprentice Season 2, and author of TAKE COMMAND: 10 Leadership Principles I Was Taught in the Military and Put to Work for Donald Trump; Lucy Cohen, Winner of the BBC TV business show The Last Millionaire; Monique Caradine, Talk Show Host on "Perspective", and owner of Momentum Media Group Inc, along with many others.

reviewer1
5つ星のうち2.0 not as described
2012年10月14日に英国でレビュー済み
Amazonで購入
Sadly this was not what the description implied. Had the book stopped halfway through that would have been perfect. The first half of the book is a wonderful set of quotes, but the second half is basically a very long advert to sign up for life coaching. What a shame- I had bought this for a friend as a present, and no longer felt able to give it. If I had wanted a book on life coaching then I would have looked for one just on that subject. I think its unlikely someone would want both these very different halves together.
続きを読む
違反を報告
レビュー を日本語に翻訳する
すべてのレビューを参照します
トップへ戻る
Amazonについて
Amazonでビジネス
Amazonでのお支払い
ヘルプ＆ガイド
日本語ショッピングのための言語を選択します。 日本ショッピングのための国/地域を選択します。
© 1996-2020, Amazon.com, Inc. or its affiliates