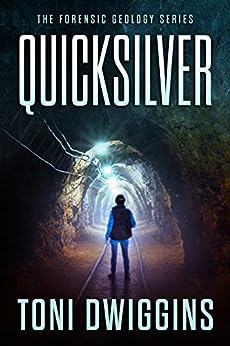 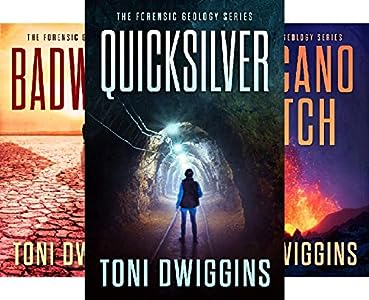 Toni Dwiggins is a third-generation Californian who migrated from southern Cal to northern Cal. What she likes most about her state is that one can go from the ocean to the mountains in one day, with a lunch stop in the desert. She likes it so much she has chosen those settings for her forensic geology books. These stories feature a young woman and her father-figure mentor, who analyze earth evidence to solve crimes and crises--and in the process get entangled in outdoor adventure and thrills. --このテキストは、paperback版に関連付けられています。

Siltone
5つ星のうち2.0 Total nonsense!
2020年4月1日に英国でレビュー済み
Amazonで購入
Back in the 1990's I had a degree of success when I tried my hand at gold prospecting in Australia. I actually made enough money from the nuggets I sold to finance a seven-month 4x4 trek around that fascinating country. So, when I saw that this novel was about searching for gold in modern-day California, I was intrigued, and thought to myself this is just the kind of escapism I need during the Coronavirus lockdown. Hand on heart though, I was bitterly disappointed - and I'm at a loss to understand why this book has received so many positive comments from fellow readers.

I did like the idea of a couple of forensic geologists (Cassie Oldfield and Walter Shaws), using their skills to solve crimes. Cassie is in her late twenties, and Walter is in his early 60's, and they're both likeable enough characters. However, I didn't feel the author did a very good job of bringing either of them to life. The other characters in the story, were strange to say the least, and their actions and their verbal exchanges just didn't ring true (even in a fictional sense). Apart from learning a few interesting facts about mercury, I didn't derive much pleasure at all from reading this short novel. If I had only three three words to describe Quicksilver they would be: shallow, American hokum.
続きを読む
2人のお客様がこれが役に立ったと考えています
違反を報告
レビュー を日本語に翻訳する

Phil Davis
5つ星のうち5.0 bloody good stuff!
2015年9月1日に英国でレビュー済み
Amazonで購入
This is a replacement review regarding 'Quicksilver' (following a previous review of the original version).

I have read all of the Forensic Geology series books, and can heartily recommend them. All are [standalone] novels, but can easily be read independently (although I didn't) and are all well worth your time. All story lines are separate, maintaining only the two main characters - both geologists (makes a change from cops/docs and the usual suspects!).

I read the original (novella) version of 'Quicksilver', having first purchased Ms Dwiggins' book 'Volcano Watch', and was curious enough to back-track any other books by this author. Well worth your money and time. The updated version of 'Quick' is better - as a shorter novel, rather than a novella - and would be an excellent intro into a very intriguing and intelligent series.

The butler did it.
Not really.............
Gail Hawkins is a new character who did not appear in the original version of this story. What an absolute nutjob of a bitch!
続きを読む
1人のお客様がこれが役に立ったと考えています
違反を報告
レビュー を日本語に翻訳する

Paul Butcher
5つ星のうち4.0 Intriguing and Different Thriller
2017年12月23日に英国でレビュー済み
Amazonで購入
A free recommendation from Bookbub. This is an intriguing and quite different thriller. I liked the two forensic geologist protagonists, the action was fast and exciting. I learned quite a lot about gold and geology, without it feeling remotely like a text book. I read this quickly and was gripped throughout, and I expect to read more of this series.
続きを読む
違反を報告
レビュー を日本語に翻訳する

Gaye Sissons
5つ星のうち5.0 CSI for the natural environment
2014年10月1日に英国でレビュー済み
Amazonで購入
This review request has been in my inbox for a while and I only just noticed it. However, it is a happy coincidence that I recently finished the next book in the series - Badwater - and promptly downloaded the next one - Volcano Watch. The geology aspect is fascinating and the rest of the writing also most enjoyable.
続きを読む
違反を報告
レビュー を日本語に翻訳する