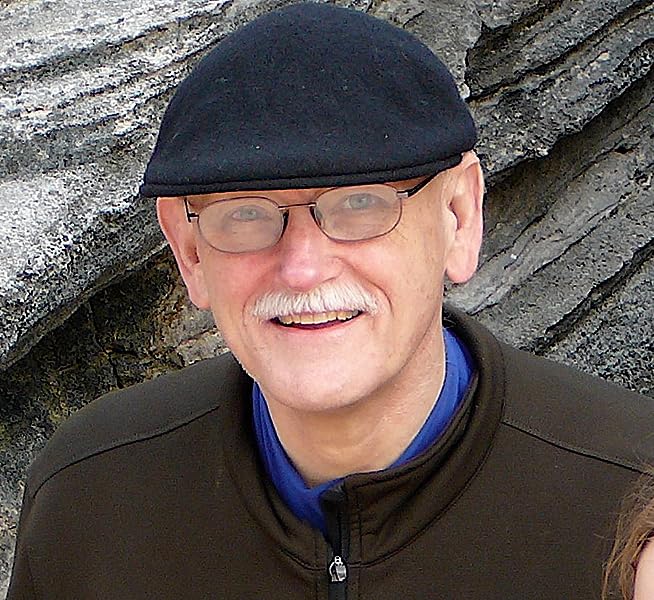 Alfred W. McCoy is a professor of history at the University of
Wisconsin-Madison. He is the author of numerous books and articles, including The Politics of Heroin in Southeast Asia and Closer Than Brothers.

S Wood
5つ星のうち5.0 A State of Depravity
2014年4月18日に英国でレビュー済み
Amazonで購入
Alfred McCoy wrote this short history of the use of torture by the United States in the aftermath of the Abu Ghraib scandal that erupted in 2004, which along with various other scandals relating to the CIA's extraordinary rendition program, American prison camps in Guantanamo Bay, Bagram Airbase and a number of other locations, dogged the US government for a number of years.

McCoy starts with a cursory account of Tortures lengthy pedigree in Europe and the West, before moving on to a detailed study of his period which runs from the end of the second world war to the date of publication (2006). During the Korean conflict (1950-53) there was much noise generated about the supposed effectiveness of the Communists at interrogation and "brain-washing" particular giving the performance of American prisoners. It was this sense of the Soviets/Communist states being ahead, a torture/brain washing gap if you like, that gave impetus for CIA backed research and experimentation into coercive interrogations. This became a major program despite the fact that the US authorities were well aware that Soviet/Communist interrogation techniques were crude.

There seems to have been no shortage of psychiatrists and psychologists willing to carry out experiments conducive to CIA aims (their heirs would eventually participate in assisting interrogators/torturers in Guantanamo Bay). Efforts were originally focussed on the use of drugs (mainly LSD and various "truth" serums) before psychological approaches took precedence, particularly after the Canadian Psychologist Dr Ewan Cameron's experiments relating to sensory deprivation appeared to yield promising results. Dr Cameron held his drug addled patients in conditions of extreme sensory deprivation, up to at least five weeks in one definite case, and perhaps up to a maximum of twelve weeks, causing grotesque long term psychological and physical damage. His perverse experiments were generously funded by the American Government via the CIA.

Dr Cameron's research, amongst others, coalesced into the so called Kubark Counterintelligence Interrogation Handbook. This formed the basis of a 10 year training program for CIA operatives, and for forty years it was the basis of CIA practice, and overseas training programs, in a number of 3rd world countries. The main testing ground for US's new "interrogation" doctrines was Vietnam where the CIA run Phoenix program functioned with boundless impunity, going way beyond the Kubark manuals psychological torture. 20,000+ Vietnamese eventually died under its auspices, often brutally murdered after lengthy periods of horrific physical and psychological torture. From Vietnam this plague spread across the world to wherever the US felt its client regimes were under threat, particularly in Latin and Central America, where Project X (who thinks up these names?) ran from 1966-91. There was even a systematic mail order program posting out a variety of interrogation (psychological torture) manuals to members of the security forces and militaries of US client regimes.

One of the distinctions McCoy makes is that between psychological and physical torture. Clearly the psychological variety, though it doesn't leave physical marks, is - in terms of long term effects - at least as disastrous for its victims as physical torture. For those who doubt this, the testimony of a Philippine Priest, a high ranking navy officer and a student give a vivid and horrifying sense of what the reality of psychological torture is, and the long term nature of its effects.

McCoy goes on to makes a case for a lull in direct US use of torture between the end of the cold war and the start of the war on terror, though no doubt alumni of US interrogation training (especially the School of the Americas) still kept the light burning through those years. After September the 11th 2001, and with the CIA as the lead organisation in operations against Al-Qaeda and associates, incidents of torture of both types increased, culminating (at least in the public mind) with the events at Abu Ghraib. McCoy carefully makes clear that it was not a few bad apples, but orders from on high (The Whitehouse) set the scene for the depraved acts at Abu Ghraib, as well as the extraordinary rendition program, and all the rest of the sordid and grotesque acts carried out across the globe by American forces and their fellow travellers in a number of countries. The books final chapter "The Question of Torture" asks a number of questions regarding torture, and comes to the conclusion that it is generally ineffective, the circumstances in which its supporters make their strongest case (eg. Alan Dershowitz's ticking bomb) hasn't presented itself in the real world. Moreover even if the targets are limited to those identified as being important members of Al Qaeda (or the Vietcong in Vietnam, or the Bath party in Iraq) the practice will soon spread, and move from purely psychological to include physical torture. This is particularly true when the US sets against organisations that have a great deal of popular support and finds itself on the back foot. It is no coincidence that the most murderous campaign of interrogation and intelligence gathering occurred in Vietnam where the Viet Cong had a great deal of popular support.

In "A Question of Torture" Alfred McCoy has written a clear and concise history of the United States use of torture in the period from 1945-2006, how its doctrines developed, and spread via client regimes across the globe. It is a book that I'd strongly recommend to anyone who wishes to know how the leading self proclaimed Liberal Democracy behaves in reality. For UK readers I would also recommend Ian Cobains excellent

Cruel Britannia: A Secret History of Torture  which performs the same role vis-à-vis Britain. Naomi Klein's  The Shock Doctrine , which cites this book, is also worth reading for its detailed account of the aforementioned Dr Cameron's experiments, as well as on its own merits.
続きを読む
3人のお客様がこれが役に立ったと考えています
違反を報告
レビュー を日本語に翻訳する

S. Sherman
5つ星のうち3.0 too optimistic?
2010年8月2日にアメリカ合衆国でレビュー済み
Amazonで購入
Early on, McCoy states that this is not a work of moral outrage, that he simply seeks to determine whether it makes sense to pursue torture as a policy. Fortunately, this is not really the case, and his work brims with moral outrage. But he does make an argument. Torture often doesn't work, simply encouraging people to say anything to make the torture stop. If applied widely enough, as in Algeria (by the French) or Vietnam (by the US) it may work enough to seriously disrupt the networks of insurgents. However, this is likely to so anger the larger population that the political gain will turn out to be a loss. The French left Algeria not long after 'defeating' the FLN. McCoy also discusses the way torture becomes intertwined with state sanctioned murder, since the victims can't really be kept around to talk about what has been done to them. 'Pump' (torture for information) and 'dump' (throw them out of a plane into the ocean) as they said in Vietnam.

The book is very useful in the US context for tracing a longer lineage to torture than is usually stated by liberals outraged by the Bush administration. McCoy goes back to the CIA thought control research of the late fifties and early sixties. What they eventually found was that psychological torture and self-inflicted pain were among the most effective interrogation techniques. Threatening someone with harm is more effective than actually inflicting it (although McCoy emphasizes at a number of points that in practice these two techniques are blurred). These findings were propagated around the world by various security forces training programs issuing from the US. They seem to have shaped the actions of the Reagan and Clinton adminstrations, which produced a US commitment to oppose torture that excluded the psychological forms. Various revised interrogation manuals always seem to return to these techniques. This set the stage for the unabashed usage of torture by the Bush administration, which, as it came under attack, began to play these same semantic games--that torture which does not do lasting harm or nearly induce death isn't really torture, that self-inflicted pain is not really torture, etc. McCoy also makes a strong argument that the Abu Graib scandal, rather than being the product of a few misguided individuals, came out of the attitude adopted by those at the pinnacle of the chain of command.
The last couple of chapters of the book deal with the backlash against torture, and it is here where I think McCoy goes a little askew. He sounds optimistic about the prospects of reform in the US, although he does hedge this view. He mentions a coalition of media, human rights groups, and liberal politicians challenging the Bush administration. But the role of the media was much more ambivalent. A recent study has shown that among the leading news agencies (often referred to as the 'liberal' media) in the US--NPR, the New York Times, the Washington Post--the word torture more or less disappeared from news accounts of the US once the Bush administration began insisting that they were instead using 'harsh interrogation techniques.' As for liberals within the political establishment, we have seen a precipitious decrease in interest in this issue once Obama was sworn in (two years after the publication of this book), even though he has not fundamentally shifted policies. The question of torture remains quite wide open in the US (additionally, McCoy doesn't deal with the torture which is more widespread than most Americans would like to admit within the domestic policing and imprisonment complexes). Two years into the Obama administration, the prospect that impunity for high level American officials will give way to holding them responsible for their actions appears dim, at least within the US.
Overall, however, this is a very useful read that gives the reader a sense of the long term genesis of torture among US intelligence agencies. One striking absence--McCoy mentions NYPD Blue as a show that legitimates the use of 'bending the rules' i.e. torturing to get suspects to confess, and how this helps create a climate that legitimates the Bush administration mentality (he also mentions Mel Gibson's The Passion of the Christ, which dwelled on torture scenes). Apart from the fact that this show's heyday was in the 1990s, and it deals with a municipal police force, it is striking that McCoy failed to note the broadcasting of 24, which is far more explicit in its embrace of torture, both linking it very directly to the fight against terrorism and celebrating brutal acts much more explicitly than NYPD Blue (although Jack Bauer is much more obsessed with inflicting and prolonging pain than the sort of psychological techniques recommended by the CIA). Indeed, the US military, much more skeptical of torture than the CIA, actually pleaded with the producers to rane in this mentality. Meanwhile some have claimed the Bush administration adored the show.
続きを読む
7人のお客様がこれが役に立ったと考えています
違反を報告
レビュー を日本語に翻訳する
すべてのレビューを参照します
Amazonプライム会員ならお急ぎ便、日時指定便が使い放題
さらに、映画もTV番組も見放題。200万曲が聴き放題 。クラウドに好きなだけ写真も保存可能。
> プライムを無料で試す