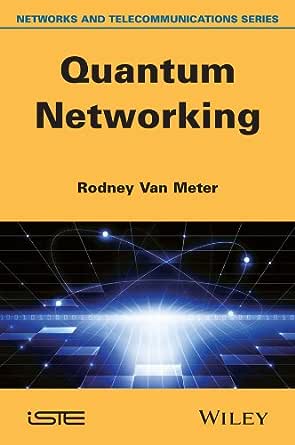 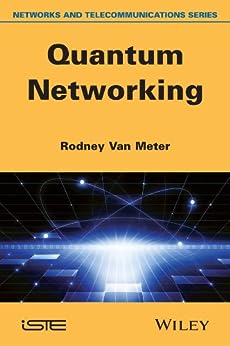 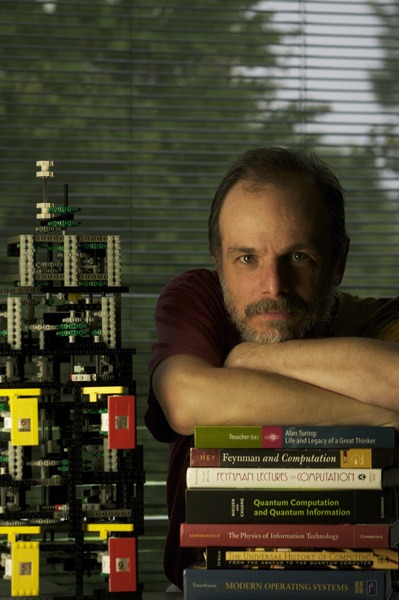 routing dude
5つ星のうち5.0 Recommended: very thorough and detailed description of things to come in Quantum Networking.
2019年5月14日にアメリカ合衆国でレビュー済み
Amazonで購入
This an an excellent book on the very new field of Quantum Networking (not that you have much choice, as far as I know it is also the only book on this topic thus far).

This book is cutting edge: unlike quantum computers, which already exist for some time, the first "real" quantum network (multiple non-linear hops) has yet to be built (it is expected in the next couple of years).

Like most serious books on quantum computing and networking, it is heavy on the math and not for the faint of heart. That said, with enough persistence and just undergraduate knowledge of linear algebra and complex numbers you can get through this book. You don't need to know anything about quantum mechanics or even general physics.

The book mostly focuses on quantum networking at the abstract level, i.e. the implementation-independent level, although it briefly touches on the physical realization in a few places. In networking speak, it focuses mainly on the datalink layer and higher, not so much on the details of the physical layer.

The first part gives a general introduction to the theory of quantum computing (qubits, superposition, entanglement, the circuit model, teleportation, etc. etc.) but it goes at such a rapid pace that in practice you probably need some prior exposure to quantum computing before tackling this book. (There are several good books on that topic.)

Similarly, although the book gives an introduction to classical networking concepts, you should already know about the OSI reference model, routing, etc. before you tackle this book.

Personally, I don't mind the short introduction in the first part; it allows the book to focus on what is new and different about quantum networking.

Part 3 talks about linear chains of quantum repeaters. It explains the basic building blocks, such as entangled bell state pairs, purification, entanglement swapping, and quantum error correction. It then discusses at great length, the most prevalent approach to building repeater networks, namely the approach based on purification and entanglement swapping to create long-distance bell pairs, followed by teleportation of qubits. But it also discusses alternative approaches based on quantum error correction.

Whereas part 3 covers only linear series of repeaters, part 4 covers arbitrary network topologies and introduces topics such as routing. This is the most novel part of the book.

The book does a great job of covering everything in just enough detail to get a good feeling of what the real issues are, without getting so bogged down into details that you lose track. (Those details would be out-of-date soon anyway, given the rapid progress in the field.)

Another aspect that I like is the approach of describing the networking operations as state machines, which should be very comforting and familiar to classical networking engineers (like me).

I high recommend it book and I look forward to re-reading it again multiple times. Although the book is very technical, the excellent writing style make it suprisingly easy to get through.