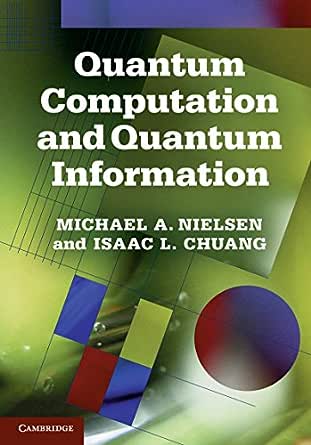 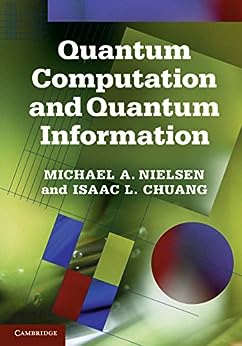 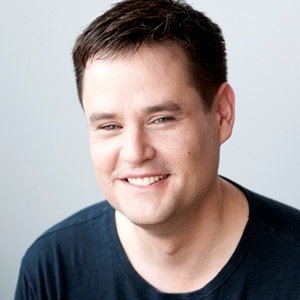 'Ten years after its initial publication, 'Mike and Ike' (as it's affectionately called) remains the quantum computing textbook to which all others are compared. No other book in the field matches its scope: from experimental implementation to complexity classes, from the philosophical justifications for the Church-Turing Thesis to the nitty-gritty of bra/ket manipulation. A dog-eared copy sits on my desk; the section on trace distance and fidelity alone has been worth many times the price of the book to me.' Scott Aaronson, Massachusetts Institute of Technology

'Quantum information processing has become a huge interdisciplinary field at the intersection of both, theoretical and experimental quantum physics, computer science, mathematics, quantum engineering and, more recently, even quantum metrology. The book by Michael Nielsen and Isaac Chuang was seminal in many ways: it paved the way for a broader, yet deep understanding of the underlying science, it introduced a common language now widely used by a growing community and it became the standard book in the field for a whole decade. In spite of the fast progress in the field, even after 10 years the book provides the basic introduction into the field for students and scholars alike and the 10th anniversary edition will remain a bestseller for a long time to come. The foundations of quantum computation and quantum information processing are excellently laid out in this book and it also provides an overview over some experimental techniques that have become the testing ground for quantum information processing during the last decade. In view of the rapid progress of the field the book will continue to be extremely valuable for all entering this highly interdisciplinary research area and it will always provide the reference for those who grew up with it. This is an excellent book, well written, highly commendable, and in fact imperative for everybody in the field.' Rainer Blatt, Universtität Innsbruck

'My well-perused copy of Nielsen and Chuang is, as always, close at hand as I write this. It appears that the material that Mike and Ike chose to cover, which was a lot, has turned out to be a large portion of what will become the eternal verities of this still-young field. When another researcher asks me to give her a clear explanation of some important point of quantum information science, I breathe a sigh of relief when I recall that it is in this book - my job is easy, I just send her there.' David DiVincenzo, IBM T. J. Watson Research Center

'If there is anything you want to know, or remind yourself, about quantum information science, then look no further than this comprehensive compendium by Ike and Mike. Whether you are an expert, a student or a casual reader, tap into this treasure chest of useful and well presented information.' Artur Ekert, Mathematical Institute, University of Oxford

'Nearly every child who has read Harry Potter believes that if you just say the right thing or do the right thing, you can coerce matter to do something fantastic. But what adult would believe it? Until quantum computation and quantum information came along in the early 1990s, nearly none. The quantum computer is the Philosopher's Stone of our century, and Nielsen and Chuang is our basic book of incantations. Ten years have passed since its publication, and it is as basic to the field as it ever was. Matter will do wonderful things if asked to, but we must first understand its language. No book written since (there was none before) does the job of teaching the language of quantum theory's possibilities like Nielsen and Chuang's.' Chris Fuchs, The Perimeter Institute for Theoretical Physics

'Nielsen and Chuang is the bible of the quantum information field. It appeared 10 years ago, yet even though the field has changed enormously in these 10 years - the book still covers most of the important concepts of the field.' Lov Grover, Bell Labs

'Quantum Computation and Quantum Information, commonly referred to as 'Mike and Ike', continues to be a most valuable resource for background information on quantum information processing. As a mathematically-impaired experimentalist, I particularly appreciate the fact that armed with a modest background in quantum mechanics, it is possible to pick up at any point in the book and readily grasp the basic ideas being discussed. To me, it is still 'the' book on the subject.' David Wineland, National Institute of Standards and Technology, Boulder, Colorado --このテキストは、kindle_edition版に関連付けられています。

Isaac Chuang is an Associate Professor at the Massachusetts Institute of Technology, jointly appointed in Electrical Engineering and Computer Science and in Physics. He leads the quanta research group at the Center for Ultracold Atoms, in the MIT Research Laboratory of Electronics, which seeks to understand and create information technology and intelligence from the fundamental building blocks of physical systems, atoms and molecules. --このテキストは、kindle_edition版に関連付けられています。

Mr. Francis A. King
5つ星のうち1.0 For university mathematicians only
2019年6月27日に英国でレビュー済み
Amazonで購入
The book was recommended to me.

The first few pages are OK. I hold a degree from Oxford in Physics, and I am well above average intelligence.

But then it goes downhill. The authors are clearly incapable of restraining their urge to do engineering as a mathematical discipline.

I flicked ahead a bit to see if it got better. No, it got worse.

Fairplay
5つ星のうち1.0 Impossible to read Kindle edition and good look with refund
2018年5月8日に英国でレビュー済み
Amazonで購入
1. This would have been a fantastic book except for the fact that the Kindle edition has miniscule sized equations and figures that are impossible to magnify on the Kindle App on both Android and Windows 10. Basically you cannot read the equations and texts. It is a real pity. I wish I woud get a refund so I can purchase a non Kindle version but after 30 minute misbehavior from Amazon rep on the phone regarding another question regarding the number of licenses on this book, I am exhausted with Amazon. This is from a reader who has spent thousands of pounds on Amazon books in the last few years.
2. The other major thing is that if you have both a business account and a personal one, be aware that only the Kindle reading app will make sure that you can't view both on the same device. A single device must only ever be personal Kindle App, or business Kindle App account (it is the same app). This was the 2nd issue I had.
3. Finally, when I tried to download this book on another device as a personal Amazon Kindle, I was told by Amazon rep I must repurchase it even if I have removed from previous device! He and I ended the conversation by both of us agreeing that I am a total moron, and that he is genius!

Hector Miller-Bakewell
5つ星のうち2.0 Kindle edition has mistyped formulae
2016年10月18日に英国でレビュー済み
Amazonで購入
KINDLE EDITION: While the prose is mostly rendered correctly the formulae often are not, resulting in a confused and unhelpful experience. I have been using the kindle app on a laptop to read this book.
続きを読む

Amazon Customer
5つ星のうち5.0 The quantum computing guide book
2014年5月16日に英国でレビュー済み
Amazonで購入
This is an excellent starter, and reference book on QC. I'm still working through it, and have to keep going back and forth to understand some of the maths, but is really helping ground my thoughts.
続きを読む
役に立った
フィードバックを送信中...
フィードバックをお寄せいただきありがとうございます。
申し訳ありませんが、お客様の投票の記録に失敗しました。もう一度試してください。
違反を報告
レビュー を日本語に翻訳する
その他の国際レビューを読み込む

L. W. Sandberg
5つ星のうち5.0 I love it
2013年3月20日に英国でレビュー済み
Amazonで購入
Excellent introduction to quantum computation. I am an economist and has no background in the field of physics, but with high school math you are able to follow the presentation and even work out some of the problems. Great buy!!
続きを読む
役に立った
フィードバックを送信中...
フィードバックをお寄せいただきありがとうございます。
申し訳ありませんが、お客様の投票の記録に失敗しました。もう一度試してください。
違反を報告
レビュー を日本語に翻訳する

The first part is introduction to the quantum computing, quantum mechanics and theoretical computer science, the second part deals with basic of quantum circuits, quantum Fourier transformation and its application and Grover search algorithm. Last part is focused on theory of information, mainly the quantum one.

The first edition of this book contained a large number typos and errors, many of which were corrected in the second to fifth printing. See [...] for a list of errata.

I just bought several copies of the 10th anniversary edition, and I wish I had bought the fifth printing of the first edition instead. I hope this advice will be useful to some.
続きを読む
19人のお客様がこれが役に立ったと考えています
役に立った
フィードバックを送信中...
フィードバックをお寄せいただきありがとうございます。
申し訳ありませんが、お客様の投票の記録に失敗しました。もう一度試してください。
違反を報告
レビュー を日本語に翻訳する