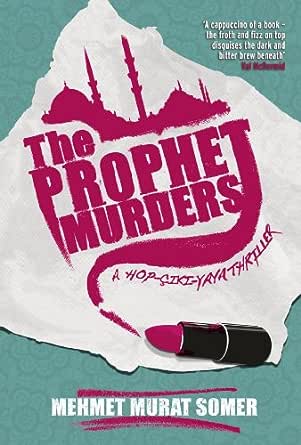 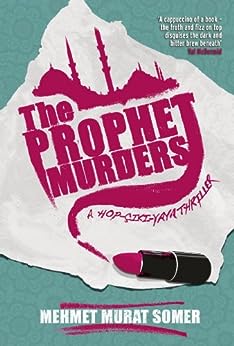 M M Somer's novels are hysterically funny and get better each time. ― Time Out - Istanbul

This is what we need our Europe to be: sexy, clever and dressed in better clothes than your average Prime Minister's wife. Turkey can only move on from here -- Stella Duffy

They are as refreshing as cookies and cold lemonade on a summer day. I wish there was a Turkish Almodovar to film all these novels one day. -- Perihan Magden, author of 2 Girls

Somer has captured the essence of Istanbul with a tour round its haunts, its sights, its people and its nightlife all in the search for the elusive killer whose murder rate is accelerating... a highly recommended read. ― Aesthetica

A twilight world of online and real-world extremism that's murkier than the lighting in any transvestite nightclub. A delightful confection ― Time Out

Surprising and entertaining... this eye-opener of a crime novel is not to be missed -- Joan Smith ― Sunday Times Published On: 2008-07-20 --このテキストは、絶版本またはこのタイトルには設定されていない版型に関連付けられています。

Mehmet Murat Somer was born in Ankara in 1959. After graduating from university, he worked for a short time as an engineer, and for an extended period as a banker. Since 1994, he has been a management consultant, conducting corporate seminars on management skills and personal development. When not working out in the hammam, he writes thrillers.
--このテキストは、絶版本またはこのタイトルには設定されていない版型に関連付けられています。

james carmichael
5つ星のうち2.0 What happened with the editing?
2013年6月18日に英国でレビュー済み
Amazonで購入
This review is for the Kindle version, where the printing/editing was so poor that it completely detracted from the book. Punctuation and word order was, at times, all over the place but the worst thing was the way the Turkish characters had been pasted into the text, at about double the size of the other characters. This might be acceptable in a free book, but not one which was full price. I'd be interested to see whether it's the same in the print version.

The book itself was ok, an exciting setting but fairly ropey plotting. The second half was quite exciting, the first half dragged a bit and was slow going.
続きを読む
違反を報告
レビュー を日本語に翻訳する

Dave and Joe
5つ星のうち4.0 Let's See ... A Transvesite Detective
2009年2月8日にカナダでレビュー済み
Amazonで購入
This is a hard book to review, there's not a lot to compare it too. I'll begin by saying to ignore reviews that call the book hysterically funny. It has a sense of humour, true, but I get the sense that some reviewers just think the 'concept' is 'hysterically funny'. In fact the author makes the 'so handsome, so beautiful, and everyone wants me' mistake that many make - one get's annoyed at writers so transparently living vicariously through a character. But beyond that annoyance and beyond the poor translations, the mystery is gripping and the idea behind the murders more complex than you'd imagine from a 'frothy' novel. The frank sexuality might frighten off some readers but it shouldn't. It's well integrated into the book and serves the plotline well. I'll read more - the highest compliment I can give the first in a series.
続きを読む
違反を報告
レビュー を日本語に翻訳する