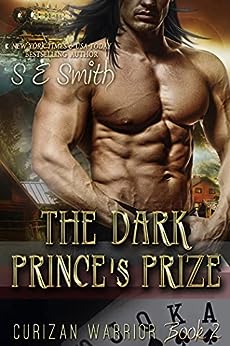 英語版 S.E. Smith (著) 形式: Kindle版
2 巻 (全 2 冊): Curizan Warrior
すべての形式と版を表示
Sorry, there was a problem loading this page. Try again.
Royal Flush…. Prince Adalard Ha’darra’s mission is simple—stay out of trouble while on Earth. His plans to enjoy his time with a few pleasurable distractions change when his transport is sabotaged, forcing him to land miles from Paul Grove’s remote ranch. When a stranger stops to give him a lift to his destination, he sees the colors of her aura and is stunned to discover his mate!

Samara Lee-Stephens has lived with the Lee-Stephens curse her entire life. Determined to break it, she focuses on earning enough money to one day leave her family’s reputation behind. She is furious when her stupid brothers drag her into their messed up lives—by losing her in a poker game! As if her life wasn’t complicated enough, she soon finds herself fascinated by the Grove ranch’s newest client who claims to be an alien prince! 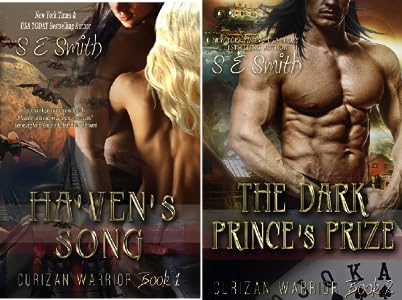 Samara Lee -Stephens is annoyed with her five brothers and their way of living. Having promised her late mother that she would watch over her father and brothers. With them having a questionable lifestyle, Samara has had enough.

Asking her employer, Mason Andrews, the ranch manager of she could live in. It's while driving to work, that she sees a stranger walking along the road and stopping . On his asking for the Grove Ranch, Samara offers him a lift. Listening to his talk, Samara doesn't believe him. Adalard however, has realised that Samara is his mate.

Trouble arrives in the form of her brothers. Gambling with a powerful man, plus her refusal to give her hard earned cash to pay debts, attracts unwanted attention. On leaving, to return to Adalard's home only for more trouble to appear. Sent back to Earth for her safety, it will take several years and a surprise, before all ends well.
続きを読む
違反を報告する
レビュー を日本語に翻訳する

Kindle Customer
5つ星のうち5.0 Couldn't put it down, another great book from this author
2021年10月20日に英国でレビュー済み
Amazonで購入
Loved this book and I love each and every one this author has written, all read more than once. This book has a great love story, action, magic and a close family trying to protect each other. I love the characters and the whole book gives me a sense of rightness and wellbeing. Write quicker Ms Smith, or I'll have to re-read all your books for the third time!
続きを読む
違反を報告する
レビュー を日本語に翻訳する

Kindle Customer
5つ星のうち5.0 Excellent
2021年10月21日に英国でレビュー済み
Amazonで購入
I enjoyed this book as much as the one before . It's a very good 👍yarn. I look forward to the next one.
続きを読む
1人のお客様がこれが役に立ったと考えています
違反を報告する
レビュー を日本語に翻訳する

Kindle Customer
5つ星のうち4.0 Great book
2021年10月22日に英国でレビュー済み
Amazonで購入
I read the first book in this series a long time ago and did wonder if there would be more,lam really pleased that l found this book,loved the female character,so strong and likeable,looking forward to reading more.
続きを読む
違反を報告する
レビュー を日本語に翻訳する