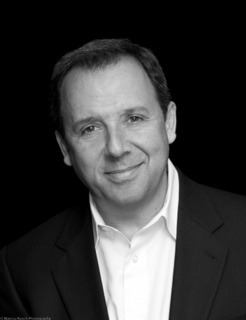 Ron Suskind is an author and former Wall Street Journal reporter based in Washington, D.C.

BAC
5つ星のうち4.0 Fascinating, scarey, essential reading
2004年3月4日に英国でレビュー済み
Amazonで購入
Some of this book is pretty dry stuff about the American economy, but you can skip that. The rest is a mesmerising and depressing account of how the clever and expert Paul O'Neill was shut out by the Bush administration - and just how deeply, deeply weird that administration is. What happened to O'Neill will be horribly familiar to anyone who's ever found that their face doesn't fit at work - but this is the top echelon of the most powerful country in the world. Who is George Bush? What makes him tick? O'Neill never found out and at the end of the book you still won't know, but he scares the hell out of me. In Bush's FIRST foreign affairs meeting after taking office in 2001(eight months before 9/11) he started talking about removing Saddam, and some official produced a load of photos of 'WMD sites'. Anyone who cast doubt was ignored or pushed aside...
続きを読む
4人のお客様がこれが役に立ったと考えています
違反を報告
レビュー を日本語に翻訳する

Yanick Larose
5つ星のうち4.0 Fascinating book
2012年12月13日にフランスでレビュー済み
Amazonで購入
Gives some extraordinary insights into the live in the white house, and the workings of the US government.
Easy to read, and very interesting study ot both politics and economics.
続きを読む
違反を報告
レビュー を日本語に翻訳する

Michael A. Heald
5つ星のうち5.0 A Wonderful Narrative History of Paul O'Neill and the Early Bush Presidency
2009年3月12日にアメリカ合衆国でレビュー済み
Amazonで購入
This is one of he few five star reviews I've given a book, though if I could have given it 4 1/2 stars, I would have done that.

The book vividly portrays Mr. O'Neill's two years as Secretary of the Treasury in President Bush's White Cabinet and the collision of two policy-making processes - one based on a dispassonate technocrat-driven study of the facts and one based on dogma.

I disagree with the reviewers who felt this book is a rant by a disenchanted former insider. I also disagree with the reviewers who felt that this book is an indictment of the Bush White House.
The book is a narrative history of Mr. O'Neill - his views, thinking, and ideology are reflected in his actions and words. Mr. Suskind did a wonderful job of capturing the character of the man during his two years in the White House.
Why 4 1/2 stars? Part of the allure of Mr. Suskind's book is that it allows the reader to decide what he/she believes about Mr. O'Neill. Is he an independent thinker or a loose cannon?

On a couple of smaller points, I wanted more information. For example, during Mr. O'Neill's involvement with the clean water for Africa issue, Mr. Suskind reported that experts felt that the facts did not support Mr. O'Neill's policy recommendation. Such an allegation cut to the quick Mr. O'Neill's idea of how policy should be formulated - a dispassionate review of the facts - especially since the issue was outside his area of expertise. I wanted to know how he responded. Did he change his views? Did he dig for additional information? Or did he have an underlying prickly side that did not handle criticism well? Valid qustions about an interesting individual, but, as I mentioned, minor points in an otherwise excellent narrative history.
続きを読む
4人のお客様がこれが役に立ったと考えています
違反を報告
レビュー を日本語に翻訳する

David Southworth
5つ星のうち5.0 The First Blow to the Bush Administration
2008年8月26日にアメリカ合衆国でレビュー済み
Amazonで購入
After years of rough news for the George W. Bush administration it may seem hard to think back to what was the first shot across its bow. That shot came from it first treasury secretary, Paul O'Neill. Yes, Ron Suskind's article about John Diullio came first, but Diullio caved to White House pressure to renege what he had said (coining the phrase Mayberry Machiavelli's to describe the operation of the White House Political shop).

O'Neill's served as the first lasting shot because of the inability of the White House to force him to renege, but also because of his stature O'Neill had a seat at the table of some of the bigger discussions of the first two years of the Bush White House (though not at the political table). What he saw shocked the man who had spent decades working for previous republican presidents. O'Neill is a man of reason, principle, and cautious analysis. The carelessness with which Bush, Cheney, and the political people acted on what should have been serious issues amazed and shocked O'Neill.

As such, O'Neill began to speak out off script. He was considered loose cannon by the political team, and was eventually held at arms length. Finally, after the mid-term elections of November 2002, Cheney fired O'Neill.