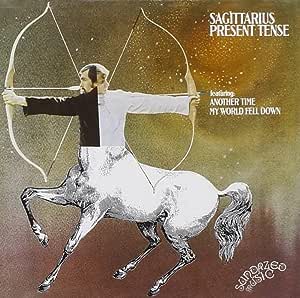 Not JUST the legendary 1967 album (a potluck feast cooked up by Gary Usher, Bruce Johnston, Glen Campbell and the Firesign Theater to name but a few), but rare single versions and seven unreleased tracks! Includes the Nuggets fave My World Fell Down .

Peter Hill
5つ星のうち5.0 stellar
2015年10月1日に英国でレビュー済み
Amazonで購入
This is Rev-ola's 2009 re-issue of the original 1968 album with 9 bonus tracks and a nice informative booklet.
This came out a few years before i discovered music and was only bought following a recent recommendation, so i had few preconceptions. The first thing you notice is the excellent crystal clear sound quality and striking vocals. It's heavily orchestrated which i normally wouldn't like but the strength of the songs just shines through.
All the original 11 songs (with perhaps the exception of 'you know i've found a way') are just oozing with class and 'another time', 'my world fell down' (including a Glen Campbell lead vocal) and 'hotel indiscreet' are just stunning. How 'my world fell down' was not a No1 hit single is mystifying?
As well as the these standard pop ballads you get the slightly Eastern sounding 'glass' and a lullaby called 'musty dusty' (really cute) and the slightly psychedelic 'the truth is not real'.
The bonus tracks are even more interesting albeit not always successful. 'Get the message' and 'love's fatal way' could easily have been included on the album itself. 'Mass #586' is just plain weird (were they religious?) and the mono single versions of 'My world fell down' and 'hotel indiscreet' are intriguing. The album versions are lovely but fairly straightforward songs but the versions issued as singles were unusual to say the least. 'My world fell down' has an added middle section with a crying baby, other background noises and an extra high vocal. 'Hotel indiscreet' includes an added hellfire sermon which segues into a nazi rally chant before reverting to the song again. I wonder how the latter was received at the time and whether it got radio play? I would have expected the single versions to be sanitized and the album versions more experimental but here it's the other way around!
Highly recommended

Donald E. Gilliland
5つ星のうち5.0 Sunshine with psychedlic clouds
2014年12月9日にアメリカ合衆国でレビュー済み
Amazonで購入
Wow, discovering this lost classic was a sheer joy for me! I recall seeing this record in secondhand shops many, many years ago but I never had the urge to listen to it, and none of my fellow music addicts seemed to be aware of the band either. Which is puzzling, because now that I've heard this album, I'm truly impressed. I'm not entirely comfortable with calling the music "sunshine pop", but there certainly is a pleasant vibe in these songs, along with a few psychedelic touches and some interesting orchestral arrangements. Sweet but not saccharine.

The genius behind this band, Curt Boettcher, was also the main songwriter in another underrated band, Millennium. I love their first album too, but I think this Sagittarius CD might be even better. Combine musical elements of The Beach Boys' "Pet Sounds" with the pop genius of Emmitt Rhodes ... and that might give you an inkling of what this music sounds like.

As others have noted, this CD reissue includes several bonus tracks, some of which are previously unissued songs. The CD also contains a booklet with an essay by Dawn Eden and additional commentary on selected tracks from the album. A nice package, and more importantly some essential listening for fans of late-1960s pop-rock. I'm still baffled why Curt Boettcher and Sagittarius were not better known in the music world, because this is truly excellent music.
続きを読む
3人のお客様がこれが役に立ったと考えています
役に立った
フィードバックを送信中...
フィードバックをお寄せいただきありがとうございます。
申し訳ありませんが、お客様の投票の記録に失敗しました。もう一度試してください。
違反を報告
レビュー を日本語に翻訳する

Michael L. Knapp
5つ星のうち5.0 Psychosunshine
2015年7月12日にアメリカ合衆国でレビュー済み
Amazonで購入
Sometimes it's hard to understand why some albums are hits & others not. When this came out it seemed like this album had it all - great songs, incredible vocals & perfect production. Unfortunately it sank into obscurity, loved by a small number of people, unknown by everybody else. It seems like both Gary Usher & Curt Boettcher had a talent for make hits for other artists but not for themselves. Originally I only bought this album because the Firesign Theater, who Gary Usher was pushing big time going as far as putting them on a Chad & Jeremy album, were on it. I was floored. Of none of my friends liked it. My original was worn out many years ago so I was happy to see it re released with bonus tracks. Also re released was the 2nd album The Blue Marble which is great as well but with a completely different sound.
続きを読む
1人のお客様がこれが役に立ったと考えています
役に立った
フィードバックを送信中...
フィードバックをお寄せいただきありがとうございます。
申し訳ありませんが、お客様の投票の記録に失敗しました。もう一度試してください。
違反を報告
レビュー を日本語に翻訳する

Hope Lyca Youngblood
5つ星のうち5.0 Music on Vinyl pressing sounds beautiful!
2014年2月13日にアメリカ合衆国でレビュー済み
Amazonで購入
There's something that really creeps me out about the genre "Sunshine Pop". It's so happy and fluffy it's like all the members of a said band are in some kind of cult. That's kind of why I like the genre so much. This record is the cornerstone to the genre. But without getting into a lengthy description of the band and album, I will witness that if you want this on LP, the Music on Vinyl reissue is the way to go. Warm with the presence and texture that I would associate with an original pressing it adds to the value due to the thick slab of 180 gram vinyl. Sit back in your easy chair, ingest the intoxicant of your choice and drop the needle to the lead in. You're in for a ride.
続きを読む
7人のお客様がこれが役に立ったと考えています
役に立った
フィードバックを送信中...
フィードバックをお寄せいただきありがとうございます。
申し訳ありませんが、お客様の投票の記録に失敗しました。もう一度試してください。
違反を報告
レビュー を日本語に翻訳する
その他の国際レビューを読み込む

Karl Anderson
5つ星のうち5.0 Sagittarius is an over looked psyche pop gem. Everything Curt Boettcher was involved in is amazing
2013年1月11日にアメリカ合衆国でレビュー済み
Amazonで購入
Curt Boettcher is the overlooked genius of 60's pop music. Everything he touched was filled with his magic. This is sunshine pop at it best. Personally I thought his work with Sagittarius was his best. Millennium was great but to me this album is just a notch above that in craftsmanship. Excellent sound quality on this reissue from Sundazed. You get the Original 11 tracks from the album and a hefty dose of 9 bonus tracks. What a treat it is to see this one reissued and even more amazing is the all of the wonderful bonus tracks. Who ever thought this album would get the deluxe treatment and it even comes with a beautiful booklet with insights into the production of the album. I would get this one before it is gone.
続きを読む
3人のお客様がこれが役に立ったと考えています
役に立った
フィードバックを送信中...
フィードバックをお寄せいただきありがとうございます。
申し訳ありませんが、お客様の投票の記録に失敗しました。もう一度試してください。
違反を報告
レビュー を日本語に翻訳する

Brian J. Greene
5つ星のうち4.0 Pleasant Marshmellow Pop
2007年3月18日にアメリカ合衆国でレビュー済み
Amazonで購入
Curt Boettcher is one of those guys whose name is always popping up in relation to cool, obscure 60s psych pop bands. He worked a lot with producer/arranger Gary Usher, was a member of The Millennium, whose album, Begin, is one of the great unacknowledged 60s records. And Boettcher was part of Sagittarius, a band that also featured a young Glen Campbell. Sag made just this one album, and it is just about perfect. Some kind of cross between Donovan, psychedelic Beach Boys, and bubblegum, the songs are pleasantly light and just psychedelic enough. Lilting melodies will take your mind to another place. "My World Fell Down," the best song of album, has already achieved cult status by being handpicked for the Nuggets collection. And there are three or four other tracks here which are just about as good as that one.
続きを読む
4人のお客様がこれが役に立ったと考えています
役に立った
フィードバックを送信中...
フィードバックをお寄せいただきありがとうございます。
申し訳ありませんが、お客様の投票の記録に失敗しました。もう一度試してください。
違反を報告
レビュー を日本語に翻訳する

cinephiliagal
5つ星のうち4.0 great "sunshine pop" with mix of happy and melancholy with great hooks and production
2016年11月24日にアメリカ合衆国でレビュー済み
Amazonで購入
Strangely melancholic at times, but then the Mamas and The Papas sometimes did that too, as did the Beach Boys and Brian Wilson. This is maybe more pop oriented, but in addition to being sometimes a strange mix of happy and melancholy, some of these tunes also are a bit psychedelic. It captures the sound of an era, but it's lovely to listen to now. A bygone time in pop music we'll never see again.
続きを読む
役に立った
フィードバックを送信中...
フィードバックをお寄せいただきありがとうございます。
申し訳ありませんが、お客様の投票の記録に失敗しました。もう一度試してください。
違反を報告
レビュー を日本語に翻訳する

Blind man Wayne
5つ星のうち5.0 Steer clear of the Rev-Ola version / Get the Sundazed version :-)
2010年2月3日にアメリカ合衆国でレビュー済み
Amazonで購入
I wish to caution those of you considering the purchase of this wonderful album. I highly recommend the CD version released in 1997 by the label `Sundazed', as opposed to the recent 2009 version released by Rev-Ola. The reason is that the sound engineers who remastered the Rev-Ola release, chose to compress the audio to make it sound louder. In doing so however, they squeezed much of the audio dynamics out so that quiet passages sound nearly as loud as the loud ones. This practice of compressing audio to make it sound louder is very common in the recording industry today and is ruining music. The Rev-Ola release is a victim of today's "loudness wars". The Sundazed version, on the other hand, features the dynamics fully intact and it sounds wonderful! The sundazed version includes the same bonus material as the newly released Rev-Ola version.

The album was originally issued in 1968, and I would describe it as lighthearted psych-pop. It has that wonderful `Summer Of Love' sound and is very harmonious. At times it reminds me of the Moody Blues and The Association, among others. The melodies are very catchy and memorable. The song most will remember is `My World Fell Down', which was a hit in 1967. What makes this CD even more pleasurable is the inclusion of demo, unreleased, and single versions. Speaking of which, the single versions of `My World Fell Down' and `Hotel Indiscreet' are radically different from the LP versions, and I think they are far more superior and trippy! I personally find this album very fun and relaxing. It is packaged nicely with liner notes and photos.
続きを読む
11人のお客様がこれが役に立ったと考えています
役に立った
フィードバックを送信中...
フィードバックをお寄せいただきありがとうございます。
申し訳ありませんが、お客様の投票の記録に失敗しました。もう一度試してください。
違反を報告
レビュー を日本語に翻訳する

R. Riis
5つ星のうち5.0 Lushly beautiful "lost" album
2002年11月17日にアメリカ合衆国でレビュー済み
Amazonで購入
Idiosyncratically beautiful album from 1968, full of gorgeous melodies, lush harmonies, and stunning musicianship and production. A one-shot project by producer Gary Usher and many of L.A.'s elite session musicians (including Glen Campbell), it's a shame this album has been so overlooked for so long. Those who enjoy the late 1960s Beach Boys, Association, Harpers Bizarre, and the like will find much to appreciate in this stunning CD. Excellent dynamics and overall sound quality plus several bonus tracks just sweetens the deal.
続きを読む
13人のお客様がこれが役に立ったと考えています
役に立った
フィードバックを送信中...
フィードバックをお寄せいただきありがとうございます。
申し訳ありませんが、お客様の投票の記録に失敗しました。もう一度試してください。
違反を報告
レビュー を日本語に翻訳する