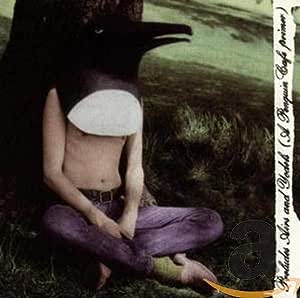 Comp of the best tracks from their six studioalbums plus Patrick Street's performance of 'Music for AFound Harmonium' and the exclusive Orb remix of it, entitled'Pandaharmonium'.

Comp of the best tracks from their six studioalbums plus Patrick Street's performance of 'Music For AFound Harmonium' and the exclusive Orb remix of it, entitled'Pandaharmonium'.

T. S. C.
5つ星のうち5.0 Very wonderful pieces of music...!!!
2011年4月4日に英国でレビュー済み
Amazonで購入
I first got into the Penguin Cafe Orchestra without knowing who they were, after listening to 'Music for a Found Harmonium' and 'Telephone and Rubber Band' on a very weird, eclectic and frankly brilliant Aussie movie called 'Malcolm'. As the film starts 'Music for a Found Harmonium' starts more or less playing, and I couldn't believe it; here was a perfect piece of music in every way, so profound and melodic and wonderful! I'm listening to this album as I write, and frankly it is so good that some of the music makes me weep, especially the two aforementioned pieces.

There is no category that I think I could put the Penguin Cafe Orchestra in, as their music is so original and eclectic and even off-beat, and yet it is still accessible and listenable even when it is different and experimental. Some of the tracks on here have been used by films and they have certainly been used for adverts in Britain too, they are that good. Simon Jeffes, the main creative urge behind the 'Orchestra no doubt decided that he wanted to make pure music for its own sake, regardless of commercial viability and he has done just that, and yet the group are highly successful; isn't that strange?!

I can say this; there are certain pieces of artwork, certain movies, certain poems, certain pieces of music that somehow make you question the whole human reality or condition or whatever, and they leave you to reflect on something higher than yourself; this is when something is magic and transcends the everyday; I believe Simon Jeffes with some of his music has managed to do just this. Some of these pieces are so profound.
続きを読む
4人のお客様がこれが役に立ったと考えています
違反を報告
レビュー を日本語に翻訳する

John David Charles Hilton
5つ星のうち4.0 A fine introduction to a unique endevour
2006年8月16日に英国でレビュー済み
Amazonで購入
Penguin Cafe Orchestra was the brainchild and main musical outlet for the sadly missed multi-instrumentalist/composer Simon Jeffes. Marked by a delightful mixture of jazz, 18th Century seranade and a discreet smattering of avant-garde, they bring pleasure to all who let them in...

This collection is, a couple of niggles notwithstanding, a fine introduction to PCO, and a very pleasant album in its own right. Opening with the well known Music for a Found Harmonium and closing with the delicate Piano Music, the selection and ordering of the tracks is mostly spot on.

Those niggles? The Patrick Street cover/interpretation of Music For a Found Harmonium is pleasant, but why is it on a best of PCO? More damaging is The Orb's remix of the same track. As remixes go, it's fairly good, but it just doesn't fit in. It's metallic electronics serve only to break the mood and lessen the overall pleasure of this compilation.

But this is still a fine album and an ideal way of checking out the understated pleasures of Penguin Cafe Orchestra.

It should appeal to fans of The Durutti Column (and the reverse is fairly true too...)
続きを読む
6人のお客様がこれが役に立ったと考えています
違反を報告
レビュー を日本語に翻訳する

martin wright
5つ星のうち4.0 all the great tracks
2019年7月17日に英国でレビュー済み
Amazonで購入
this collection of penguin cafe tracks happily includes all the most popular pieces - prelude and yodel, etc. - as well as some i didn't know which may well become favourites in time.
続きを読む
違反を報告
レビュー を日本語に翻訳する