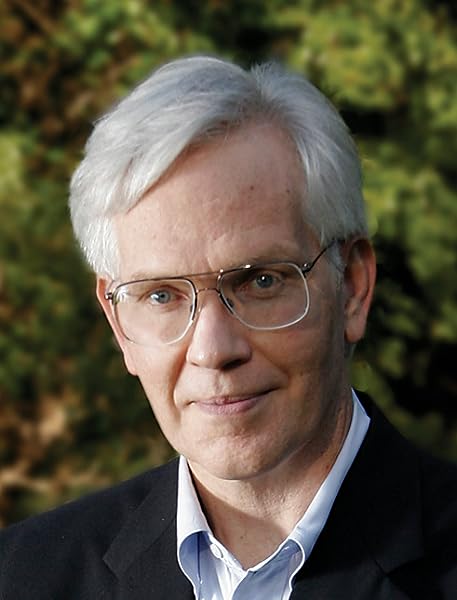 Kurt Cobb is an author and columnist who speaks and writes frequently on energy and the environment. His column appears on the Paris-based science news site Scitizen, and his work has been featured on Energy Bulletin, 321energy, Le Monde Diplomatique, The Oil Drum, Common Dreams, EV World, and many other sites. He is a founding member of the Association for the Study of Peak Oil and Gas--USA, and he serves on the board of the Arthur Morgan Institute for Community Solutions. He maintains a blog called Resource Insights.

When he's not bicycling, baking pies and acting as a masseuse and doorman for his cat, Kurt Cobb writes about energy and the environment on his blog, Resource Insights, and as a columnist for the Paris-based science news site, Scitizen. He's a former newspaper reporter and ad man and a sometimes media consultant to political campaigns. He cooks Indian food himself and goes out for Thai. His specialty is pesto. All of which explains why the characters in his novel, Prelude, spend a lot of time at nice restaurants.

Karl-Friedrich Lenz
5つ星のうち4.0 Educative on peak oil, room for improvement as a novel
2016年11月28日にアメリカ合衆国でレビュー済み
Amazonで購入
This is a novel, not non-fiction. But a large part of it is non-fiction. The author tries to educate the reader about the peak oil issue. Much of the dialog is motivated by this.

The book starts out with a tour to the Canadian tar sands and another one to deep-see oil drilling in the Gulf of Mexico. These parts are not directly relevant to the plot.

The basic plot is that an unnamed Arabian country (easily identified by the reader as Saudi Arabia) has only about half of the oil left they officially report. For reasons not explained, the head of an energy consulting firm gets a copy of a secret report on the sorry depleted state of the oilfields.

Then the protagonist, for reasons not explained and described by herself later on as not understandable, hacks into the computer of that person. She proceeds to print out one copy of that report and manages to get caught in the process, because she leaves one sheet of the printout in the printer (a rather incredible thing to do). Then she thinks about what to do with that information, fails to come up with an answer, and survives some attempts on her life by the evil Saudi Arabian regime.

I was not convinced much by the fiction writing. There are too many holes in the plot. Why would they print out the document in the first place, when they could just as well just read it on screen? Why would the Saudis bother setting up an assassination? They could just deny the report instead, as they actually do later on, in the epilogue.

It is of course difficult writing a novel about peak oil.

That’s because peak oil, just like global warming, plays out over a relatively long term. People are not wired by evolution to pay attention to small incremental changes in their environment.

Dr. James V. Blowers
5つ星のうち5.0 A Peak Oil Novel We Can Relate To
2010年12月8日にアメリカ合衆国でレビュー済み
Amazonで購入
I learned about peak oil in 1997 when I read an article in Futurist magazine. I started reading the literature, including non-fiction by Kenneth Deffeyes, Jim Kunstler, Richard Heinberg, and others. One would think that with cheap oil starting to run out someone would be out there doiong something. Instead, most analysts, economists, and politicians are saying we have plenty of oil for the next few decades. This annoyed me because I was seeing oil slack dwindling and oil prices rising during the Double-Zero decade. Apparently these authors were having no effect on public attitudes, although politicians and the media were going haywire over the issue of global warming.

People read a lot of novels, so maybe a novel is a better way of doing it. Jim Kunstler tried it first with "World Made by Hand". However, he described a post-apocalypse world in which Route NY 29 was a dirt road, electricity was on only 30 minutes each day, and so forth. People can't relate to this because such a doomsday world is not their world. I couldn't. So far I have read only two chapters.

Now comes Kurt Cobb with his novel "Prelude". The world he describes is pretty much as we were living it, in the year 2008. There were Metros, limos, cars, and all the comforts of modern life, including fancy restaurants. The story is about an oil analyst named, probably alludingly, Cassandra. As she lives her life, I can see many things in common with my life - working in a cubicle doing analysis, having dates with the opposite sex, enjoying summer evenings, and so forth. It is something we can relate to. I can relate to it; I have already read the complete book. The story is about how Cassandra found out about a secret about oil supplies that had dire implications for the world, and about the intrigue that resulted when people find out that she found out about it. It has an interesting ending; I will say no more than say that the ultimate things that can be done about peak oil we need to do ourselves in our personal life.

I would encourage as many people as possible to read this book, and I hope it enters the limelight of network TV news. It may be the best way for the general public to find out about peak oil.
続きを読む
11人のお客様がこれが役に立ったと考えています
違反を報告
レビュー を日本語に翻訳する

B. Bridges
5つ星のうち3.0 Expected more depth
2013年6月5日にアメリカ合衆国でレビュー済み
Amazonで購入
Not a bad read. An enjoyable way to learn about peak oil. I would have really liked some more insight into motives of primary characters - some hint that they had conflicts, doubts, concerns about future. I thought the growing realization of one character as to how heavily dependent we are on oil was well done and thought provoking.

I thought it curious that there was zero attempt at connecting any of this to atmospheric CO2 build up from our use of oil (and other fossil fuels) and resulting climate change(CC) and how each affects the other. My understanding is peak oil will come too late to help avoid catastrophic CC but just in time to help CC crash civilization. The author, based on reading posts by him elsewhere, seems to be informed in this area - why I expected subject to be addressed.
続きを読む
3人のお客様がこれが役に立ったと考えています
違反を報告
レビュー を日本語に翻訳する

Carol Theodoru
5つ星のうち5.0 PRELUDE by Kurt Cobb
2011年1月6日にアメリカ合衆国でレビュー済み
Amazonで購入
This book is a suspense story that holds your attention to the end.
The setting of Washington DC is not only timely, but frightening, considering the backdrop of the peak oil dilemma that we are faced with. Those who are ignorent of this issue should definitely read this book. We definitely look forward to more insight from this significant author.
続きを読む
4人のお客様がこれが役に立ったと考えています
違反を報告
レビュー を日本語に翻訳する

Richard Martin
5つ星のうち4.0 Good Story and Good Info
2012年10月3日にアメリカ合衆国でレビュー済み
Amazonで購入
This is a good book. If you are not familiar with the concept of Peak Oil and all the ramifications of it, this is an excellent introduction. If you are taken in by all the mainstream hoopla about tar sands, shale oil, and fracking, this is a also an excellent dose of reality. Even if you are familiar with all of this, as I was, it is still a good read with a good story and characters.
続きを読む
1人のお客様がこれが役に立ったと考えています
違反を報告
レビュー を日本語に翻訳する
すべてのレビューを参照します
Amazonプライム会員ならお急ぎ便、日時指定便が使い放題
さらに、映画もTV番組も見放題。200万曲が聴き放題 。クラウドに好きなだけ写真も保存可能。
> プライムを無料で試す