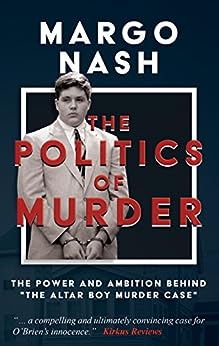 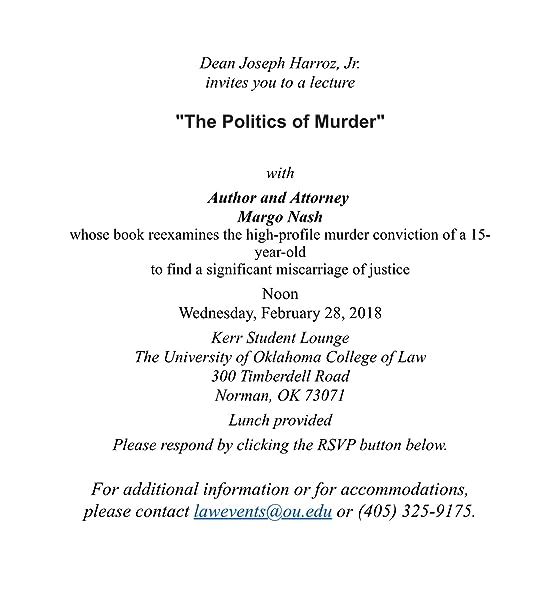 The Politics Of Murder: The Power and Ambition Behind "The Altar Boy Murder Case" (English Edition) Kindle版

After working for Department of Social Services (DSS) for five years I opened a private practice specializing in juvenile law and parents' rights. I also acted as a bar advocate (something like a part-time public defender); the monetary rewards were minimal, but it gave me the opportunity to provide a public service. I was in court on other business the day Eddie O'Brian was arraigned. To me he looked just like a scared little boy standing in an adult court. I knew about the case because of all the press coverage. Eddie, a former altar boy and grandson of a retired police chief, had been accused of murdering Janet Downing, his friend's mother, by brutally stabbing her more than 97 times. "You don't need to be a forensic expert to understand that it's impossible to commit that homicide, a homicide that included a struggle traversing three rooms and a flight of stairs, and not get a single drop of blood on a white shirt, green shorts, or black sneakers. And yet the police charged Eddie O'Brien with the murder on the night of July 25, 1995. The fact that he had no blood on his clothes, in the creases of his hands, under his fingernails, or on his size 15 sneakers was just an inconvenient truth." - THE POLITICS OF MURDER Eddie's father had been named as a witness for the Commonwealth and Eddie's first lawyers felt that he would benefit from having a guardian-ad-litem, someone who would look after Eddie's interests. They asked the presiding judge to appoint me to the case. This was a high-profile trial and I had no experience with murder cases. Nevertheless, it was an opportunity to be an advocate for a 15-year-old kid who seemed totally overwhelmed. I agreed because I wanted to help Eddie in any way I could. Eddie was tried and convicted by the press the first week and was later convicted again by a jury in a perfect storm of professional ineffectiveness, political ambition, and public panic. This horrific miscarriage of justice did not fully come to light until Eddie and I recently had the opportunity to review boxes and boxes of court transcripts and legal files from his case. "In 2015, Eddie and I spent a lot of time talking, reading old transcripts, and putting the pieces of a fractured puzzle together. I cringe about having completely missed the big picture so many years ago. To be fair, the big picture took years to develop and emerge into a legible image. When these events were actually going on, I was focused on far more immediate issues: his detention, the integrity of the police investigation, his transfer hearings, the appeals, the removal of a judge, and the central question: who really murdered Janet Downing? Today I finally understand what actually happened to Eddie O'Brien and why he has spent more than half of his life behind bars." - THE POLITICS OF MURDER In writing this book I want people to learn the real story of the Eddie O'Brien case, told here for the first time. Eddie is the innocent victim of a broken and sometimes corrupt system. Janet Downing's true murderer was never charged, and may still be at large. --このテキストは、kindle_edition版に関連付けられています。

"A chilling story about corruption, political power and a stacked judicial system in Massachusetts."-John Ferak, bestselling author of FAILURE OF JUSTICE --このテキストは、kindle_edition版に関連付けられています。

Lee Husemann
5つ星のうち5.0 A Real Eye Opener
2016年12月6日にアメリカ合衆国でレビュー済み
Amazonで購入
This is very well researched and well written book about a situation that unfortunately happens far too often. I am referring to when a crime is committed and law enforcement immediately zeroes in on someone they think makes a good suspect. They put blinders on and decide what is important to follow up on and what is not, key evidence is not test and/or lost, or evidence is manipulated and other suspects are ignored. After reading this book, there is no doubt in my mind that Edward O'Brien is innocent. I hope that the Innocence Project can help him.
続きを読む
13人のお客様がこれが役に立ったと考えています
違反を報告
レビュー を日本語に翻訳する

Michael
5つ星のうち5.0 Heartbreaking
2017年1月31日にアメリカ合衆国でレビュー済み
Amazonで購入
After reading this book, I was not surprised by the blatant corruption that took place within the courts. I was not surprised of the injustice that took place. Those are things take place every day. What surprised me was Mr. O'Brien's attorney who clearly did not defend him properly. How does an attorney for someone being charged with First-degree murder miss so much or not challenge testimony from people the Prosecution put on the stand? Could Mr. George be apart of helping Reilly get re-elected? After researching this case; I found that Bob George was charged in drug money laundering scheme and is no longer practicing law. I would think that would cause for all of his cases to be looked at closely. Maybe, it is just me, but in my opinion Mr. George did not represent Eddie O'Brien the best of his ability.
続きを読む
15人のお客様がこれが役に立ったと考えています
違反を報告
レビュー を日本語に翻訳する

jpike
5つ星のうち5.0 Unbelievable and incredibly sad.
2020年6月7日にアメリカ合衆国でレビュー済み
Amazonで購入
I couldn’t put this book down. I grew up just outside of Boston. Went to college and worked in Boston after graduating. It was interesting reading about an area I’m familiar with. Margo has done an excellent job of describing the neighborhood and the folks who lived there while setting the stage to describe the night Janet Downing was murdered. Margo provides great detail during the trail. I felt it was very upsetting but still interesting and educational. The attorney representing Eddie O’Brien was a joke. Unprepared and out of touch with the facts.
A really great and convincing read. My hope is that this young man will be granted a new trial and that The Innocence Project will help him NOW! He’s been in jail for 25 years!!!!! for a crime he didn’t commit! This error has to be fixed. This young man was and is innocent!!!

Renee Neu Watkins, PhD
5つ星のうち5.0 Better than fiction!
2017年3月30日にアメリカ合衆国でレビュー済み
Amazonで購入
An exhilerating suspenseful read, a brilliant non-fiction book. Nash deals with forensic and legal issues more meticulously than any "police procedural" but with equally riveting effect. Being, true her account backs a moral punch. She tells of a district attorney who , to reach the next rung of his career, corrupts the work of police and crime lab people, and puts an innocent boy of sixteen behind bars for life. Especially at a time like the present, ruthless feeding of the voters' lurid paranoid fantasies for the sake of political success interests and awakens the reader.

FL Kindle shopper
5つ星のうち5.0 One of the best true crime books
2016年11月24日にアメリカ合衆国でレビュー済み
Amazonで購入
I've never read anything like this, honestly impossible to put down. I shut down my Kindle for the night, then realized I couldn't get back to sleep for wanting to know what was happening next. From the first page Margo Nash draws the reader into a story so outrageous you'll find yourself screaming at the injustice happening to a young boy. My grandparents lived in Somerville MA and though I haven't been there since the 60's all of the locations are still familiar to me. A must read!
続きを読む
9人のお客様がこれが役に立ったと考えています
違反を報告
レビュー を日本語に翻訳する
すべてのレビューを参照します
トップへ戻る
Amazonについて
Amazonでビジネス
Amazonでのお支払い
ヘルプ＆ガイド
日本語ショッピングのための言語を選択します。 日本ショッピングのための国/地域を選択します。
© 1996-2020, Amazon.com, Inc. or its affiliates