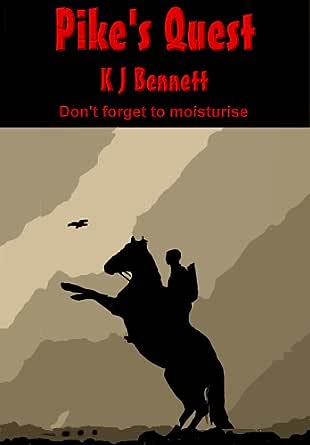 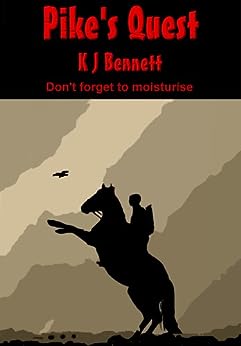 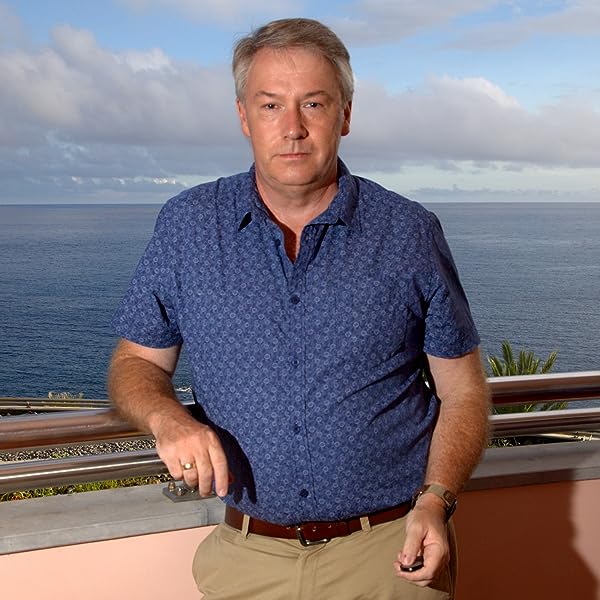 I am a public servant: my employers have a rule that I can have a business interest as long as I don't use my job title to further it, so I can't say what I do. However, a small amount of digging on the internet will possibly give it away. I am a father of two teens - one male, one female, both headstrong, both wonderful (alternating with not-so-wonderful moments), and I am husband to the lovely Theresa (I am not worthy). I was born in August 1957 - that should save me from having to alter my age on a regular basis (well, annually, at least). Oh, and I write. Nearly forgot that bit. "Pike's Quest" is my first published novel and it's intended to be fun. Broadly, it would be classified as "Young Adult", but at various readings I've had groups of adults laughing out loud - hopefully at the content! In the pipe-line I have a sequel to "Pike's Quest", and a more adult sci-fi thriller. I hope to achieve mainstream publication in the future. Visit my websites - http: //www.kjbennett.co.uk http: //pikesquest.blogspot.com http: //kj-bennett.blogspot.com --このテキストは、paperback版に関連付けられています。

Rusty the Reader
5つ星のうち5.0 Fantasy with a sharp wit
2012年2月16日に英国でレビュー済み
Amazonで購入
I always thought that I wasn't much of a fan of the fantasy genre but of course that is rubbish as I love sci-fi (which is fantasy with a bit of sci) and I have of course read Lord of the Rings and am part way through the Game of Thrones endurance event.

At the beginning of the story, we meet our hero the young Pike and his skin condition, sitting on a sacred stone. Which talks to him. He's sent to save Moorlock the Warlock and on the way, he has adventures and makes friends including Horse, Robyn and Elf. We go on a journey in a medieval fantasy land, or is it? That's the real mystery and I'm not going to tell you what that is, you'll have to read it to find out for yourself!

Pike's Quest is really good fun and it manages to do what a lot of fantasy fiction doesn't, it doesn't take itself too seriously but creates characters that are fun, sympathetic and you want to root for. The wit is sharp and affectionate and I can't wait to read the sequel when it comes out at the end of the year. And don't forget to moisturise!

nixlyn
5つ星のうち4.0 Ever Been Piked?
2012年3月20日に英国でレビュー済み
Amazonで購入
Ok, it felt like a bit of a slow start to me - but that might just be ME!
However, I must say that I really enjoyed the story and the characters. In its way the story is fairly simple. Post apocalyptic Earth thousands of years hence where people have 'developed' into a peasant style, non-technological world where magic works. Some dastardly warlock is trying to take over and revive technology again and only the rather imperfect figure of Pike can stop him.
At the beginning I felt that Pike might irritate me a lot but after a while I grew to like him and the story flowed nicely.
The characters were well drawn and the pace certainly picked up as we went along.
All in all a good story, well told and with a satisfactory ending.
Pike is coming again so I look forward to hearing more.
続きを読む
1人のお客様がこれが役に立ったと考えています
役に立った
フィードバックを送信中...
フィードバックをお寄せいただきありがとうございます。
申し訳ありませんが、お客様の投票の記録に失敗しました。もう一度試してください。
違反を報告
レビュー を日本語に翻訳する

Steve
5つ星のうち5.0 Pike's Quest - A Literary Review
2012年1月29日に英国でレビュー済み
Amazonで購入
Well, I must say I'm impressed. I couldn't put this book down. The characters were immediately real and likeable, and I found it easy to get so involved in this lovely fantasy adventure to the point where I would go to bed mid-evening just to get my daily fix! The story sees our 'ordinary' hero (an easily identifiable hero - could be any one of us) become embroiled in an adventure of epic proportions. A journey through wonders that keep the reader enthralled from cover to cover, all served up with a humour-rich narrative that made me laugh out loud at times. The only downside was finishing the book. I wanted more! Fortunately a visit to the authors website confirmed a follow-up is on the way. I cant wait.

If you like your fantasy and adventure, I can whole heartedly recommend this book. Readable, tasteful, humourous and imaginative, with characters that come to life straight out of the pages of this masterpiece. Move over Harry Potter; Pike is here now, and I think the adventure has only just begun......

Thank you, K J Bennett, for bringing a little happiness to an otherwise bleak and miserable post Christmas winter.

PaulHE
5つ星のうち5.0 Great Escape
2012年12月22日に英国でレビュー済み
Amazonで購入
I have now finished this book after buying it for Kindle quite a while ago. I don't read too much, but this book makes it easy to pick up where you left off. I found it a great book to read that flowed easily, with good humour and witty escapism. The characters are well thought out and enthrall you with their adventures through out the story. This book will appeal to both youngsters and adults alike, taking you into the story and sharing the exploits. Will done KJ Bennett, a cracking first book, now for Rathbone Kidd. 5 stars to you Sir!
続きを読む
1人のお客様がこれが役に立ったと考えています
役に立った
フィードバックを送信中...
フィードバックをお寄せいただきありがとうございます。
申し訳ありませんが、お客様の投票の記録に失敗しました。もう一度試してください。
違反を報告
レビュー を日本語に翻訳する

Steph H. Barker
5つ星のうち2.0 Not What I Expected
2012年6月30日に英国でレビュー済み
Amazonで購入
I was very excited aboout reading Pike's Quest because I'd read the positive reviews about it. However I have to be honest and say I'm not a fan.

Firstly I only managed to get through half of the book, I couldn't push myself any further, so if the book changed miraculously in the second half then I wouldn't know.

The main things I disliked about this novel were the pace and the characters. The pace is strange. The first big event of Pike meeting Morlock happens instantly, so we have no time to get our bearings of the surroundings or even the characters. In Fantasy the hero's quest is always massive and takes the hero through so much, that it is vital that the reader is interested and cares for the hero, otherwise why would we want to dedicate weeks of our lives to reading about them. So the problem with Pike's quest starting so quickly is that the world hasn't been established, which leaves us confused, and we don't yet know Pike. After this first event the action is incredibly slow and I found it quite boring. It seems completely irrelevant to the rest of the story, as it is just Pike being very slowly explained what he's supposed to do on this quest and meeting some characters. The character are not developed and not rounded in the slightest. In faireness to the writer, I think he has intended this novel to be about the jokes and not the characters, but I personally found the lack of characterisation to be the reason I didn't want to read on. I think my idea of funny is also very different from the writer's.

On a positive note the writing itself was of a high standard. It was easy to read and description was particularly well done. Also the premise of the story is unique and interesting, but I just don't think it was executed strongly.

I won't recommend this to anyone I know, but from reading the other reviews it is clear those people enjoyed it. This story is like marmite, you will either love it or hate it.
続きを読む
1人のお客様がこれが役に立ったと考えています
役に立った
フィードバックを送信中...
フィードバックをお寄せいただきありがとうございます。
申し訳ありませんが、お客様の投票の記録に失敗しました。もう一度試してください。
違反を報告
レビュー を日本語に翻訳する