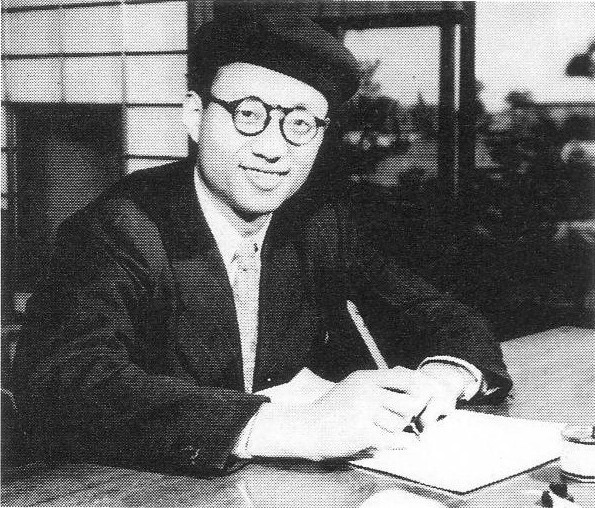 -Ashi-
5つ星のうち5.0 Manga of Humanity
2005年3月5日にアメリカ合衆国でレビュー済み
Amazonで購入
This is a very special manga and a piece of literature. First of all, for those who have never read a Tezuka manga, you'd be distracted by the inferiority of the artwork by today's standard. By if you can ignore that, you'll find the storyline is one of the greatest achievements in literary history.

The series is incomplete, due to Tezuka's untimely death, though in other sense, it's completed because I think Tezuka probably knew he probably didn't have time to finish it, so the last published chapter already nailed the point that you can't really miss.

Each episodic story is clearly told, but once you began try to link the point of each story, you'd realize it's actually a collage of pictures with a repeating theme that tries to tell you about this vicious cycle of life. Every story is essentially the same, about how human being overwhelmed by their own greed and do stupid things over and over, disregard the passage of time.

So what's the main conflict? There are some side stories, but all the core stories are united with this Phoenix figure, which essentialy the god figure of the story. The Phoenix is immortal. According to the legend, anyone who drinks her blood, will become immortal as well. That's our conflict. People will do stupid things and kill each other just to become immortal (or become god-like).

Anyways, the original title of the series is called "Hi no Tori", which literally means Bird of Fire in Japanese. The Bird of Fire symbolizes sun in East Asian culture and sun is the source of life. It's highly ironical that the source of life is also the source of death. The translated title "Phoenix" isn't too far off, because there are chapters in the stories that will refer to the immortal bird as the Phoenix when the story is set in China (as that's the Chinese name for such bird).

The story transcends time. One of the chapters is about human cloning (not yet translated into English at the time of this review). Now that's something everyone should read about before one go gaga over this cloning issue that's hotly debated right now. It's about how a Reality TV show ran out of ideas, so he started this new show about clone hunting. Now, I'll let you guys read the story. Keep in mind this story is decades old. That's how ingenius this series is and no wonder Tezuka is called the God of Manga.

You may at some point feeling lost why Tezuka kept the stories going even though they just repeat itself despite of cosmetic changes (rather similar to life, as I see it). Well, just keep on reading to the end of the last published chapter, things become much clearer (as shift of time become narrower and therefore, more focused). The Phoenix will reveal she is sick and tired of being immortal as she will have to oversee human repeat their stupidity, doing a greedy but pointless quest. If you can see it from this way and draw a parallel to our own existence, you'd be enlightened. It's essentially the same enlightenment Buddha is trying to tell us, but Tezuka was smart enough to make another story that's easier to digest than Buddha's teaching. (btw, Tezuka also have a manga called Buddha, but that's a historical fiction about Buddha's life)

It's a masterpiece no one who is interested in humanity should miss. BTW, EmDee stands for MD. It's an in-joke made by Tezuka, because Tezuka was a medical doctor before he abandoned it to become a manga artist.
続きを読む
9人のお客様がこれが役に立ったと考えています
違反を報告
レビュー を日本語に翻訳する

G. Bahlman
5つ星のうち4.0 Great story, some oddities in editing
2007年9月28日にアメリカ合衆国でレビュー済み
Amazonで購入
If you are reading this, you are probably already familiar with Osamu Tezuka's work. There is little need to discuss the quality of the stories and art contained within as most agree that Tezuka is without peer. Having said that, I wanted to point out some strange things about these english editions.
First of all, I have looked through the first five volumes of the original Japanese first run printings. I say "looked" as I can't read japanese. The first thing I noticed about these english editions are the size, they are significantly smaller than the originals. However, the new printings seem to be on better quality paper.
My conversation with a japanese friend who read both editions revealed that the translation was a good as could be expected between two such different languages. Some dialog will seem odd, and some of the context will invariably be lost. That said, the stories are still captivating.
Finally, I noticed a strange thing about the book as a whole. The english version, naturally will read from left to right, as opposed to the japanese edition. The pages are in reverse order from the japanese version. However, I noticed that not only were the frames rearranged in reverse order to facilitate english-language readers, but each frame seemed to be reversed as well. For example, the character Nagi, who is a right-handed archer in the japanese version, becomes a left-handed archer in the english edition.
These are minor quibbles which in no way detract from the quality of the art within. I simply thought every one should know what's inside. Enjoy!
続きを読む
5人のお客様がこれが役に立ったと考えています
違反を報告
レビュー を日本語に翻訳する

Buy Pie
5つ星のうち5.0 Tezuka is brilliant
2014年7月23日にアメリカ合衆国でレビュー済み
Amazonで購入
I've read the whole Phoenix series, and I have to say it is the most profound piece of literature I've ever read. Maybe that isn't saying much about my experience, but I think it is amazing. The story is so intricate and you learn about so many characters, their flaws their weaknesses. I would say that many of the characters are much more admirable than I'd like, but I think you can't really dive into them too much with a story on such a large scale. I think it's amazing that a project can exist on such a scale, and it feels so contemporary, and I think that's one of its more interesting qualities. The way it portrays contemporary issues with past societies is so... I'm not sure what word to use without sounding repetitive. However I think the subject matter is handled very well, it really allows you to better understand the story and the idea of what it means to be human and to live in this world. I'm not sure if that's making any sense but I truly believe that this work captures the feelings and struggles of the human condition. And for that I give it 5 stars, because it truly is an amazing work of art.
続きを読む
3人のお客様がこれが役に立ったと考えています
違反を報告
レビュー を日本語に翻訳する