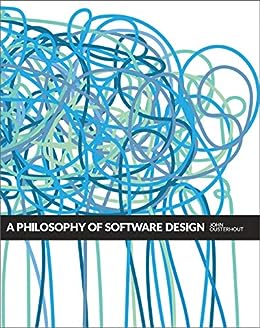 Bruno
5つ星のうち5.0 Excellent guide for the seasoned developer or architect.
2018年8月13日に英国でレビュー済み
Amazonで購入
The author is not afraid to go against the common idioms of "good design" and he defines a new way to look at problem decomposition and abstractions. The way developers get thought to design systems in conjunction with software development trends too often leads to creating over-complicated software. Any software which is too complex to maintain will eventually be rewritten. The author explains a different approach on how to decompose problems and he defines a methodology to achieve optimal results over time. It also provides a list of red flags which, when found in a software project, enables the developer to timely recognize and correct design issues before they go out of hands.
I'd recommend this book to the seasoned developer or software architect who has already seen a number of projects and designed a few systems. Which such experience the reader will quickly recognize many of the bad ways to design a system and the type of problems which bad design leads to.

johnavon
5つ星のうち5.0 How to design good software
2019年3月5日に英国でレビュー済み
Amazonで購入
This is an excellent book by an author who clearly understands software design.

He gives an excellent set of principles for software design. He carefully explains how he's come to this conclusion after many years of software development, and he gives alternative approaches explaining the trade-off between different approaches.

The actual software examples he gives come from operating systems. I have not worked on operating systems myself, so the examples were not entirely relevant to me. However the principles he is describing make a lot of sense and are very useful.
続きを読む
5人のお客様がこれが役に立ったと考えています
違反を報告
レビュー を日本語に翻訳する

CMacleod
5つ星のうち5.0 Short and to-the-point
2018年9月19日に英国でレビュー済み
Amazonで購入
As an experienced software engineer, I liked this book a lot. It's short, fairly general and high-level, much of the content seems like common sense, but it's still very helpful to have it clearly set down. The author emphasises the benefits of trying to stay in Technical Credit rather than Technical Debt (without using those terms). There is also a refreshing absence of fashionable methodologies.
続きを読む
10人のお客様がこれが役に立ったと考えています
違反を報告
レビュー を日本語に翻訳する

Faris
5つ星のうち5.0 Finally a clean code book that justifies itself.
2021年6月9日に英国でレビュー済み
Amazonで購入
A book that falls in the same category as "clean code", except it gives better advice with actual justifications.

Unlike "clean code", this book actually tells you why a certain way is better rather than just stating it as some biblical truth. It also presents overarching theory that all the concepts sit on and with which you can take to make actually day to day decisions that aren't based on hard rules. The main concept presented is the idea of complexity, reducing the complexity that is exposed to developers by abstracting it away into parts that can be used as a black box and is seen by few.

The book is good for both junior and senior engineers and will make you rethink how you and your team work, in particular constantly improving the code base rather than just looking to address tech debt at some future point in time. At the very least you will come out with a different opinion on some topics, refreshed some good practices, and learn good terminology to describe difficult concepts.

People who complain that this book encourages long functions and classes really miss the point. The point is that functions and classes should do one thing in isolation. That's the goal, not to make it short. A lot of the time functions are shorter as a result of following that objective, but you are optimizing for things doing one thing not shortness within itself. Separating functions out into blocks that do nott stand alone as independent units just makes things harder to understand and read as you have to jump about in the file, or into other files. If you look at some of the before and after examples that do this in clean code, they are actually worse a lot of the time after. If you have this opinion, when you read this book be open to changing your mind. If your argument is "functions should be 20 lines long at most because that's what I read in clean code and anything else is wrong" you are really limiting yourself and hurting the people who read your code.

It was also very refreshing to finally hear a counter argument to the dogmatic application of TDD.

To conclude, if you would like to learn how to write clean code with actual generalisable theory over using hard rules such as never comment, a function should be x lines long, and classes should be y lines long, then this is the book for you.
続きを読む
1人のお客様がこれが役に立ったと考えています
違反を報告
レビュー を日本語に翻訳する

DK3250
5つ星のうち3.0 You cannot disagree!
2018年11月14日に英国でレビュー済み
Amazonで購入
All in this book is right, most is said before, you cannot disagree.
However, the book is not particular specific as to how to obtain software design with low complexity. It is high level guidance; it is left to the reader to make it into practical work. Too much theory, too few examples.
続きを読む
7人のお客様がこれが役に立ったと考えています
違反を報告
レビュー を日本語に翻訳する
すべてのレビューを参照します
トップへ戻る
Amazonについて
Amazonでビジネス
Amazonでのお支払い
ヘルプ＆ガイド
日本語ショッピングのための言語を選択します。 日本ショッピングのための国/地域を選択します。
© 1996-2020, Amazon.com, Inc. or its affiliates