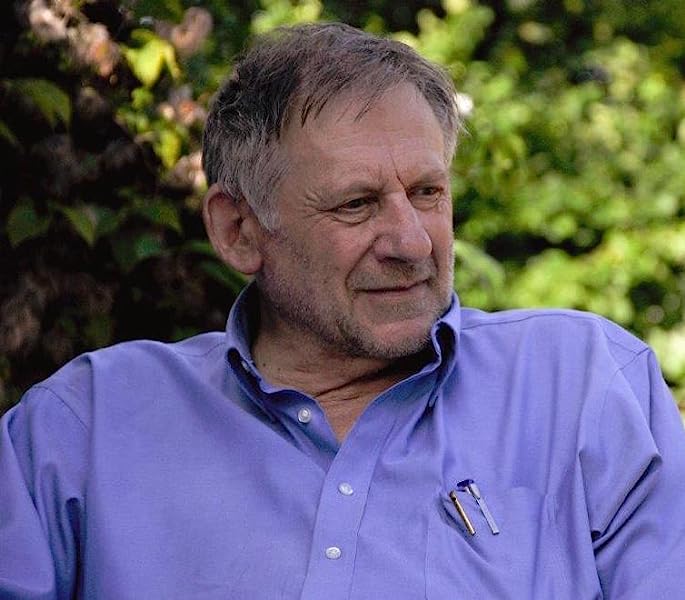 The Phenomenon of Life: The Nature of Order, Book 1: An Essay of the Art of Building and the Nature of the Universe ハードカバー – イラスト付き, 2003/6/1

In Book One of this four-volume work, Alexander describes a scientific view of the world in which all space-matter has perceptible degrees of life, and establishes this understanding of living structures as an intellectual basis for a new architecture.

He identifies fifteen geometric properties which tend to accompany the presence of life in nature, and also in the buildings and cities we make. These properties are seen over and over in nature and in the cities and streets of the past, but they have almost disappeared in the impersonal developments and buildings of the last hundred years.

This book shows that living structures depend on features which make a close connection with the human self, and that only living structure has the capacity to support human well-being.
続きを読む
Previous page
Next page

"...Alexander's approach presents a fundamental challenge to us and our style-obsessed age. It suggests that beautiful form can come about only through a process that is meaningful to people...""- Thomas Fisher, Former Editor, Progressive Architecture;

""Alexander's genetic scripts are likely to... play a role so fundamental in the future,that their widespread use cannot even be imagined today. This will change the world as effectively as the advent of printing changed the world.""- Doug Carlston, Co-founder, Broderbund Software, Founder & CEO, icPlanet.com;

""...I can think of no one, certainly no one in the last thirty or so years, who has produced a deeper, more profoundly meaningful, visionary and lasting body of work that both unifies and transcends science and spirituality, than Christopher Alexander.""- Andy Ilachinsky, Theoretical Physicist;

""Five hundred years is a long time, and I don't expect that many of the people I interview will be known in the year 2500. Alexander may be an exception.""- David Creelman, Author, Interviewer, and Editor, HR Magazine""...I believe Alexander is likely to be remembered most of all, in the end, for having produced the first credible proof of the existence of God...""- Eric Buck, Department of Philosophy, University of Kentucky

Christopher Alexander is a fellow of the American Academy of Arts and Sciences, architecture, builder and author of many books and technical papers. He is the winner of the first medal for research ever awarded by the American Institute of Architects, and after 40 years of teaching is Emeritus Professor at the University of California, Berkeley.
Kindle化リクエスト
このタイトルのKindle化をご希望の場合、こちらをクリックしてください。

RJ Andrews
5つ星のうち5.0 Shocked me into a new way of looking at the world
2019年1月31日にアメリカ合衆国でレビュー済み
Amazonで購入
Alexander’s way of seeing is the best description of how spatial relationships create meaning—how they create life—that I have come across. It anchors on centers and wholes: “When I think of them as centers, I become more aware of their relatedness … The flower is not made from petals. The petals are made from their role and position in the flower.” His concluding 15 fundamental properties identify “structural features which tend to be present in the examples which have more life, and tend to be missing in the ones which have less life.” Some of my favorites are levels of scale, local symmetries, and roughness.
続きを読む
8人のお客様がこれが役に立ったと考えています
違反を報告する
レビュー を日本語に翻訳する

Taylor Ellwood
5つ星のうち5.0 How life shows up in space
2021年1月12日にアメリカ合衆国でレビュー済み
Amazonで購入
This is as fascinating book that explores how life shows up in building design. The author presents a holistic and dare I say spiritual approach to building design that is eye-opening. The various examples and case studies illustrate the principles he discusses. What I found really helpful was how this book helped me further revise my own understanding and experience of space and how we live in space.
続きを読む
2人のお客様がこれが役に立ったと考えています
違反を報告する
レビュー を日本語に翻訳する

Michael Gautier
5つ星のうち5.0 Unified Design Theory
2014年12月26日にアメリカ合衆国でレビュー済み
Amazonで購入
Combines life, function, sensory experience, methods in a vivid description across 4 books. I found the work to be tangibly mind altering. I believe he successfully describes everything. I feel the work is immensely important and an experience that can trigger a much deeper intuitive sense of the relationships among things. Deep in my core, I think he is close to the truth but cannot reach it or express it fully. The evidence for me is the length of the work itself. I think that a more complete truth would be more acutely expressed.

His work is about harmony and how you perceive it, describe it, and achieve it in the formulation of things in this world. This is the work's greatest strength and is highly attractive to those seeking to express and define harmony among things. I think this is also where it fails. I do not think conceptualized harmony as shown here is the full sum of the truth. As comforting an experience an ancient building is, I do not think civilization can evolve successfully under the philosophy expressed in this work. A timeless changeless form that evokes rest, peace, and an endless commune with nature may not be the proper measure of living. As attractive as those things sound.

Rather, I think his work is a great conditioning tool. A tool to broaden aesthetic capacity. A concept building tool to expand awareness of form, function, and relationships among elements. He presents a wide discussion that attempts to situate science, reason, intellect, empirical thought, creative awareness, and philosophy into proper contexts. An exercise that will prove beneficial for thinking beyond and outside of these subject domains. On these basis and a few others, it is a huge transformation.

I bought the books in 2009, it took me months to read and I have waited to write a review. I wanted to be sure of what I said about this important work. I lost my copies of the book during a move in 2013 and hope to one day gain a new set. I wanted it on the Kindle, but the books may be too large and the colorful photos may not translate properly.

He has written a candidate for the design world's theory of everything.
続きを読む
24人のお客様がこれが役に立ったと考えています
違反を報告する
レビュー を日本語に翻訳する

Bryan Croteau
5つ星のうち2.0 Fundamentally Non-Emperical
2017年2月12日にアメリカ合衆国でレビュー済み
Amazonで購入
I loved The Timeless Way of Building, but I was deeply disappointed with this book. To be honest, the more I read it, the more it felt like reading Slavoj Zizek or some other modern charlatan. The ideas in this book suffer from the same problems that medieval medicine suffered from: narrative bias, confirmation bias, no randomized controlled trials, no sense of being puzzled by reality, no practical meaning in reality... how many angels can dance on a needle's point?

First off, the author claims to have used empirical methods to develop his theories. Take for example, the empirical method of showing photographs to his students and asking them to choose which photograph feels like it has "more life." However, in the vast majority of the photograph pairs, the photograph with "more life" contains more water, vegetation, a younger girl, or more smiling people. Anyone with even college undergrad-level of understanding of human psychology would be able to point out that humans will respond to the colors blue and green, the youth in a young girl, or the follow-the-leader pack mentality present in the "living" photographs, even without the tenuous spatial relationships (the "centers") that the author tries to credit for his empirical results.

From this shaky foundation, the author goes on to construct an extremely unconvincing worldview that attempts to describe both spirituality/feeling/God/centers and function, arguing that function follows the correct configuration of "centers" and "wholeness" with increasingly metaphysical language and sentence structure. It is in many parts difficult to read.