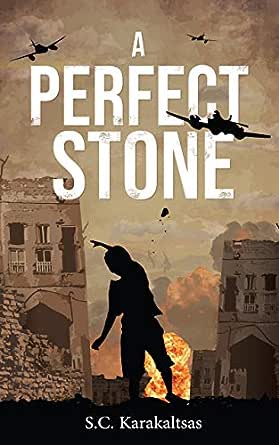 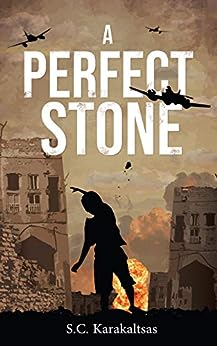 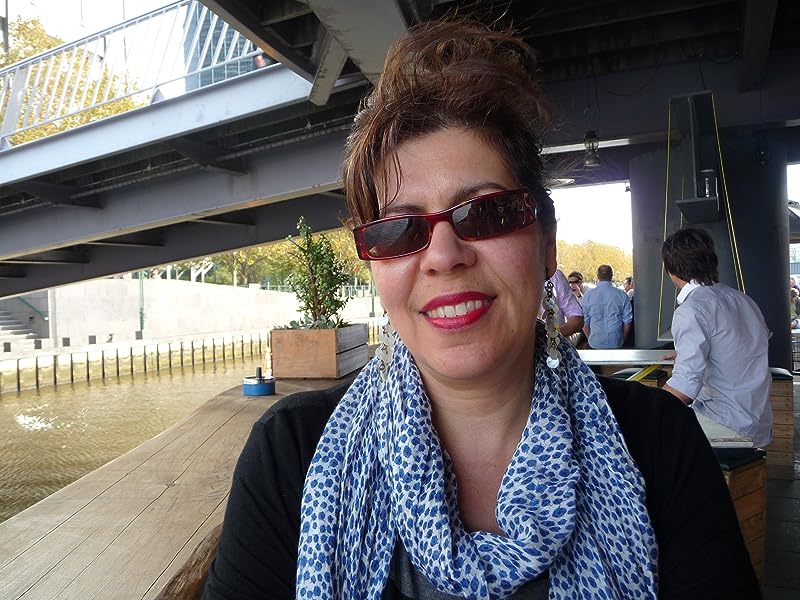 How do you find a place to belong when there’s nowhere else to go?

Living alone, eighty-year-old Jim Philips potters in his garden feeding his magpies. He doesn’t think much of his nosy neighbours or telemarketers. All he wants to do is live in peace.

Cleaning out a box belonging to his late wife, he finds something which triggers the memories of a childhood he’s hidden, not just from his overprotective middle-aged daughter, Helen, but from himself. When Jim has a stroke and begins speaking another language, Helen is shocked to find out her father is not who she thinks he is.

Jim’s suppressed memories surface in the most unimaginable way when he finally confronts what happened when, as a ten-year-old, he was forced at gunpoint to leave his family and trek barefoot through the mountains to escape the Greek Civil War in 1948.

A Perfect Stone is a sweeping tale of survival, loss and love.

BarbarinaS
5つ星のうち5.0 A wonderful read
2019年4月12日 - (Amazon.com)
Amazonで購入
This book was a complex painful history brought to life to remind us of things we can’t allow to happen again. Children taken from their homes for ‘safety’ harrowingly make their way to what is supposed to be freedom. Through the eyes of one of the children, a Macedonian boy who really doesn’t understand the difference between partisans, communists and royalist we see the effects not of just the moment but of the moments that follow for those who survive.
Modern day Australian Jim, now a very old man, has lived his entire life subjugating his identity and yet the events haunt him and taunt him constantly. It is only In writing them down that his family begin to understand the complexity of divided communities, just as we, the readers, do but this is not is a history book. This is a novel about needless division and the waste of lives that can result from the battles even if you survive the war itself.
Well-written (some minor editing flaws) the novel cleverly gives us two time spans and is excellent reading.

Linda Jackim Werlein
5つ星のうち5.0 I loved it
2019年6月11日 - (Amazon.com)
Amazonで購入
A fascinating look at the way children were separated from their families and sent across borders during the Greek Civil War.
続きを読む
レビュー を日本語に翻訳する

Kathryn Gauci
5つ星のうち4.0 A traumatic period in modern Greek history.
2019年2月10日 - (Amazon.com)
This is a complicated event in Greek history and even today, a story which still divides communities. The author has chosen to tell it from duel timelines. Jim, now living in Australia, is hospitalized and his past is uncovered. We then step back to the civil war between the Royalists, called the fascists in the book, and the Partisans, the Commiunists. The story is then told through the eyes of a child. At times I was not sure if this was meant to be Young Adult fiction, as seeing things through the eyes of a young boy is limited. It was certainly a harrowing time yet as we follow the events of young Jim - Dimitri - I am not sure if anyone unfamiliar with these events would fully appreciate why these children were being led away from their villages. However, the author does give an account at the end but I feel that it may have been more helpful if that had been woven into the story more comprehensively from the beginning. This said, it is definately a story that the world should know more about and I applaud the author for writing it. Well done.
続きを読む
レビュー を日本語に翻訳する

Vince Brancatisano
5つ星のうち5.0 Compelling reading.
2019年2月21日 - (Amazon.com)
A fascinating story that weaves the dual storylines of the incredible evacuation of ethnic Macedonian children from Northern Greece during the Greek Civil War as seen through the eyes of Dimitri and the ongoing consequences for one of the survivors years later.
For me, the sign of a great factually based story is whether it piques my interest enough to find out more details about it when I’ve finished reading it.
On completion, this book had me immediately reaching for the history books, to learn more about the unimaginable journey the children and the women who were tasked with guiding them, had to endure, as well as the uncertain futures the children faced once they were safe, as some were reunited with their families and some never saw their families again.
This uncertainty gave added poignancy to the other part of the storyline, as seen through the eyes of Jim (many years later) as the deeply buried horrors of what happened all those years ago, resurface after he suffers a stroke and he is forced to confront what he hoped to never relive again.
All in all, I found this a compelling read that more than once had me reflecting on the adage “War does not determine who is right — only who is left.”

Sebastiano Pupillo
5つ星のうち4.0 Fine storytelling
2018年11月2日 - (Amazon.com)
I'll begin by saying this is another example of great yarn telling by writer who has come late in her life to the writing game. 3 books in less than 4 years! She doesnt pretend to be creating “great literature”, which adds to the appeal for me, no pretensions. Her first aim as I see it, is tell a good story well about people you want to care about. She leaves it to you if you want to care about them or not, of course. Her appeal to the reader, comes from a kind, generous and human not political or ideological foundation.

She still has expanded on the political dimensions from past books and stories, but still focuses mainly on how the political history has impacted on the lives of the people she writes about. If you want to explore the history on the subject, go to the history books! If you care or have a heart about the impact of war on the lives of ordinary people, this book is very much worth reading.