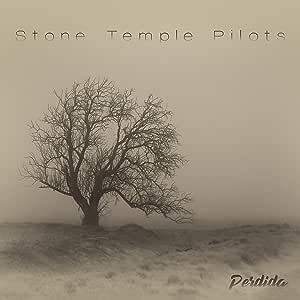 W. Korman
5つ星のうち5.0 Superb
2020年2月8日 - (Amazon.com)
形式: CDAmazonで購入
Perdida is a beautiful album. I was skeptical after the first album with Jeff but this album has rekindled my faith in this band. Robert's multi-instrumentalist talents really shine on this. Dean is superb guitar player who can seamlessly weave delicate melodies in songs while pummeling you with driving riffage in others. This is an all acoustic affair which exposes a side of this band that has been teased on previous albums but never fully explored. This is their Jar of Flies. The lyrics read much like a diary which makes it a highly personal album filled with themes of love and loss but also a sense of hope. The songs are very well crafted with flutes, keyboards and violins. The female background vocals on some songs are a nice touch. I feel as though this is their most mature album both lyrically and musically. I hope STP continues down this more stripped down path.

Mockingbirds 94
5つ星のうち5.0 Great record!
2020年2月9日 - (Amazon.com)
Amazonで購入
I received the new Stone Temple Pilots record Perdida in the mail yesterday, and I have spun it twice. I am enjoying the record, and it is a whole different side to STP.
The acoustic side of this band is terrific. I especially love the flute, and percussion. As much as I enjoy the band’s heavier stuff, this is a refreshing change. The new singer Jeff Gutt is superb, and Dean’s guitar playing is fantastic.
The rhythm section of Robert, and Eric is the glue that holds this band together. They really are in tune with one another. The songs are personal, and explore a whole new sound, which is so refreshing.
I highly recommend this record. I am enjoying it very much. I would like to see them live to see how they pull these songs off. Excellent.
続きを読む
5人のお客様がこれが役に立ったと考えています
レビュー を日本語に翻訳する

Ol Blue
5つ星のうち5.0 Bravo Gentlemen!
2020年2月8日 - (Amazon.com)
形式: CDAmazonで購入
Amazing. If you dig their unplugged stuff this is a must have. Many of the songs sound so much different from what they have done, yet have tiny nuisance that seem to harken back to the early days.

As a warning, there are NO heavy songs. Each song does hold it’s own weight and differ enough to keep the album from being stale. The Deleo brothers have always been underrated in their pieces due to the great showmanship of Weiland. They definitely take a respectful step out of his mountainous shadow here.
続きを読む
6人のお客様がこれが役に立ったと考えています
レビュー を日本語に翻訳する

mzo
5つ星のうち5.0 Love it (but it's not "classic STP sound")
2020年2月9日 - (Amazon.com)
形式: CDAmazonで購入
Love it...but you have to accept that Scott is gone. The last album, also with Jeff Gutt singing, was really good, and could be described as "classic STP music/sound" with a new singer. This album is different.

First, it's ALL soft ballads, there are no hard or fast songs. Second, it's almost all acoustic. Third, there are a lot of new sound components introduced such as violin, viola, flute, keyboard, cello, Marxophone, mini-xylo, slide. There's some country, there's a waltz, and Rob sings lead on one. I also like the writing quite a bit, all of the songs are very well-written.

There's not a single lame song, every one is good. Unfortunately, after all those soft ballads, you're left hoping for some action. It's definitely a mellow-mooded affair so it's certainly not going to make you drive any faster.

Although you can hear some FAINT elements of that "classic STP sound", this is definitely a NEW AND DIFFERENT SOUND. IF YOU ARE LOOKING FOR THAT "CLASSIC STP SOUND" (which the last album still had), THIS ONE IS NOT FOR YOU. Being all acoustic, it's unknown at this time if that "classic STP sound" will come through again when they decide to plug in (hopefully on the next album).

The only downside, as with the previous album, is that many of the songs absolutely SCREAM to be sung by Scott and one is left wondering just how amazing they would sound if he were still around.
続きを読む
2人のお客様がこれが役に立ったと考えています
レビュー を日本語に翻訳する

psychedelephant
5つ星のうち5.0 Simply beautiful
2020年2月11日 - (Amazon.com)
形式: CDAmazonで購入
STP have always had their acoustic side from the beginning (Creep, Pretty Penny, etc.), but this is their first album consisting of entirely acoustic-based (well, mostly: Dean does throw in some electric lead guitar) numbers, and it's as gorgeous as you'd expect from a group that always stood out from their peers in their ability to craft perfect pop confectionery to go along with the heavier numbers. Newcomer Jeff Gutt has settled comfortably into his role as singer and lyricist for the band, and does a stellar job at both; he was an inspired choice to replace the late, great Scott Weiland. and while listeners won't find anything here along the lines of Plush or Wicked Garden, fans of tracks like Sour Girl, Hello It's Late, or And So I Know will greatly enjoy this gem of a CD. I eagerly await to hear what they'll do next.
続きを読む
1人のお客様がこれが役に立ったと考えています
レビュー を日本語に翻訳する
Amazon.comのカスタマーレビューを見る(31) 5つ星のうち3.8
Amazonプライム会員ならお急ぎ便、日時指定便が使い放題
さらに、映画もTV番組も見放題。200万曲が聴き放題 。クラウドに好きなだけ写真も保存可能。
> プライムを無料で試す