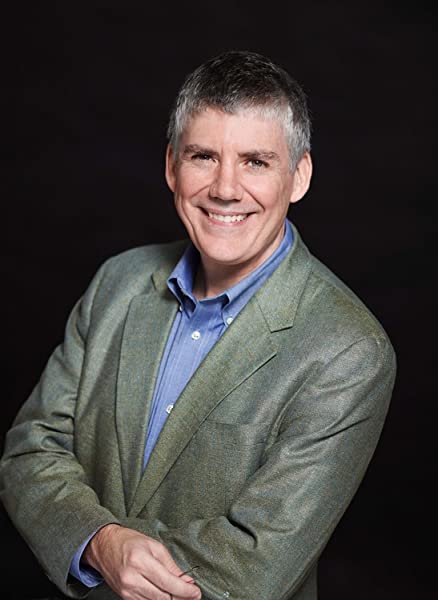 Percy Jackson isn’t expecting freshman orientation to be any fun.  But when a mysterious mortal acquaintance appears on campus, followed by demon cheerleaders, things quickly move from bad to diabolical.

In this latest installment of the blockbuster series, time is running out as war between the Olympians and the evil Titan lord Kronos draws near. Even the safe haven of Camp Half-Blood grows more vulnerable by the minute as Kronos’s army prepares to invade its once impenetrable borders. To stop them, Percy and his demigod friends must set out on a quest through the Labyrinth—a sprawling underground world with stunning surprises at every turn. Full of humor and heart-pounding action, this fourth book promises to be their most thrilling adventure yet.
続きを読む
Previous page
Next page


Rick Riordan is the author of the previous books in the New York Times#1best-selling Percy Jackson and the Olympians series: The Lightning Thief; The Sea of Monsters; The Titan's Curse; and The Battle of the Labyrinth. His previous novels for adults include the hugely popular Tres Navarre series, winner of the top three awards in the mystery genre. He lives in San Antonio, Texas, with his wife and two sons.

１分以内にKindleで Percy Jackson and the Battle of the Labyrinth をお読みいただけます。

Sanjay Kashyap
5つ星のうち5.0 Great book!!
2015年4月4日に日本でレビュー済み
Amazonで購入
This book is amazing! I am a huge fan of Percy Jackson and the Olympian series and The Heroes of Olympus series. I absolutely love Rick Riordan's books and are looking forward to read more of his books. I had recommended these books to my siblings and friends and they loved it too.
続きを読む
役に立った
違反を報告する
レビュー を日本語に翻訳する

secret
5つ星のうち5.0 <3
2014年6月1日に日本でレビュー済み
In this fourth book of Percy Jackson series, I was thrilled to see more relationship building between Annabeth and Percy!!
Well, her actions was due to the situation that they were in..... I wont spoil the good part :)

The story has less humor compared to the other three but it is the best book out of the series that contains so much actions, gods and new characters. I highly recommend this book to the people who have been reading Percy Jackson series because they like the connection to the greek gods.

Like the other three, the book did end with a cliffhanger, and I think this book has the most unbelievably annoying one.
It almost made me smack the book to the floor. :P

The thing that I really liked from this book is to see Luke(character from the first book) appear again in the story.
Though he's still evil minded, I love having characters having back on scenes. Percy, since he is too kind hearted,
allows Luke to join him and Annabeth to the quest, but eventually Luke goes behind their back.(you will notice it as you read the book)

I can't believe Riordan can get the readers to love the series more as you read the series. <3
続きを読む
役に立った
違反を報告する
レビュー を日本語に翻訳する
すべてのレビューを参照します

Elle
5つ星のうち5.0 Terrific!
2012年6月17日に英国でレビュー済み
Amazonで購入
"If you've never been charged by an enthusiastic Cyclops wearing a flowered apron and rubber cleaning gloves, I'm telling you, it'll wake you up quick."

I'm going to start of by saying you would never, ever find me in the Labyrinth. That things sound scary. Not so much the monsters you encounter, but the fact it's forever changing and alive in some ways.

I absolutely love this series and this book definitely did not disappoint.

I thought I'd completely called a twist after a certain dream scene of Percys and was all chuffed with myself then was absolutely gobsmacked when the actual twist turned out to be even more impressive.

Riordan is just a brilliant writer. Even in pretty dire situations he seems to find a way to bring humour into it without taking away from the seriousness of the situation! I was also really glad we got to see Rachel Elizabeth Dare again. I mean, we only met her very, very briefly in the last book but I had a feeling we'd be seeing her again and I'm glad it was so soon and in such a big way!

One thing I could of done without was the nearly superficial love triangle that Percy found himself in. I mean, him and Annabeth had enough problems getting together with Luke and mass drama of nearly dying every page without another problem but it worked weirdly enough in the end.

I finished this book to only go straight onto the next. I just couldn't wait to find out what happened!
続きを読む
10人のお客様がこれが役に立ったと考えています
違反を報告する
レビュー を日本語に翻訳する

Jade Freeman
5つ星のうち5.0 Oh my word!!!
2019年4月21日に英国でレビュー済み
Amazonで購入
I've really enjoyed reading these books. I enjoyed the movies tremendously, and I wanted to read the books(as I am an avid reader). There is so much happening in the books, that it makes you wonder how the heck the writer managed to condense it all. I'd love to see this as a Netflix series, but not as dark as the Shadow Hunter's series. If they stick to the feeling of the movies, these books will come to life. I'm currently reading the last book... I don't want this series to end!
続きを読む
1人のお客様がこれが役に立ったと考えています
違反を報告する
レビュー を日本語に翻訳する

xmas shopper
5つ星のうち5.0 the gods
2018年3月25日に英国でレビュー済み
Amazonで購入
how many people do you know that can control nthe ocean or are half god... my guess is none. this book is thrilling with endless twists turns and red herrings. fun with great characters i love the chemistry between two of the chracters and i hope they get together on the book 5 . if i could pick a favourite moment it would be the council of the cloven elders at the end, no spoilers. i really hope that people carry on enjoying this book. it is good for ya's and people of all ages, just try not to get lost in the labyrinth . daedalyus will shock you so be warned. a rip roaring adventure from start to finish! ;)
続きを読む
2人のお客様がこれが役に立ったと考えています
違反を報告する
レビュー を日本語に翻訳する

Robin
5つ星のうち5.0 Percy Jackson: The Battle of the Labyrinth
2009年9月18日に英国でレビュー済み
Amazonで購入
So, having made an enemy of a son of Hades last Christmas, Percy Jackson must be hoping that the new year is a lot better than the last, right?

Well, if he is, he's a fool. A game of capture the flag leads to the discovery of an entrance to the mythical Labyrinth, and thus a back-door entrance into camp. Which certain enemies, like say Kronos, Lord of Time and King of the Titans, may use to destroy the camp.

And so, another adventure begins for Percy and his friends, who must delve into this maze of wonders, terrors, monsters, friends, foes, and everything else inbetween. Including a monster who really needs to up her personal hygene levels and a friend who has more arms than you can count.

In this, the penultimate volume of the series, Riordan neatly sets up his dominoes, while also making the story fun, exciting, and compelling to read. Like the rest of the series to date, you won't be able to put this book down (which I learned the hard way).
続きを読む
20人のお客様がこれが役に立ったと考えています
違反を報告する
レビュー を日本語に翻訳する
すべてのレビューを参照します