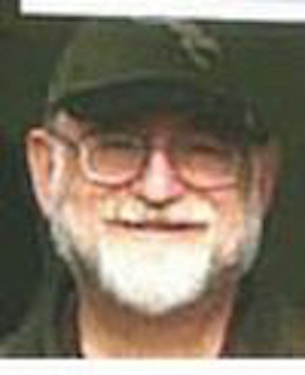 John Spritzler holds a Doctor of Science degree in Biostatistics from the Harvard School of Public Health where he is employed as a Research Scientist engaged in AIDS clinical trials. He is the author of People As Enemy: The Leaders' Hidden Agenda in World War II.

Thomas J. Laney
5つ星のうち5.0 Elites Caused WWII
2003年6月30日にアメリカ合衆国でレビュー済み
Amazonで購入
It's not easy to believe a few people are so greedy and powerful that American soldiers can be sent to war without any real debate by either party, to make powerful and wealthy people even more powerful and wealthy. Can anyone really be that corrupt?
A few weeks ago, a 22-year old Marine Sgt. named Kirk Strasesskie jumped into a canal south of Baghdad when a helicopter hit the water. Kirk drowned trying to save his Marine friends. His friends back home in Beaver Dam, Wisconsin said he could barely swim. In high school, Strasesskie had played sports and spent much of his free time with kids who struggled with their learning disabilities. His dad, an Army veteran, questioned whether the Iraq War was just and why his son should have been there at all?
Kirk Strasesskie's always going to be a hero for me, just like my Army uncle who fought in WWII in New Guinea and those Marines at Iwo Jima and those paratroopers at Bastogne and Chosin. Heroes all, just like my auto worker friends who battle each day and night against their Vietnam experience. Their lives are such a contrast with those boundlessly powerful, elite, selfish few who so easily send them into our constant wars.
I lump them all together today, those heroic figures whose lives were risked or ended fighting for their friends in wars that all were so unnecessary except for WWII - the "good war" of course.
But, as it turns out, while WWII saw heroic soldiers dying on South Pacific beaches and in the frozen foxholes at the Bulge, the most powerful people in our country did business with the Nazis and Fascists making enormous profits on the deaths of 50 million people and laying the groundwork for post war elite control. It was not such a "good war" after all.
After reading John Spritzler's "The People as Enemy" I am as angry about the unjustness of WWII as I ever was about Vietnam or as I am about Iraq. Every library in every VFW and American Legion Hall should stock this book and make it required reading for members. Anyone interested or active in the Peace Movement should read this book to understand who really causes and profits from war.
Every American of conscience should read this book then stand up and demand that never again should our government be allowed to send our brothers and sisters and sons and daughters off to wars that are meant to defeat the values of democracy and solidarity and make the rich richer.

Josephine Perri
5つ星のうち5.0 Hindsight is 20 20 !
2013年4月6日にアメリカ合衆国でレビュー済み
Amazonで購入
Being of the baby boom generation this book opens your eyes to just how much history is re- written.
It seems like those in power know just how long to wait before they let the truth be written.
This book is shockingly revealing as to what really happened during that time.
Its important for all to read especially the younger generation before they are asked to go fight a war for those with a hidden agenda.
続きを読む
2人のお客様がこれが役に立ったと考えています
違反を報告
レビュー を日本語に翻訳する

Peter Marshall
5つ星のうち5.0 The People As Enemy
2012年12月8日にアメリカ合衆国でレビュー済み
Amazonで購入
Review:
"The People As Enemy by Dr. John Spritzler is the most extraordinary read on WW2 I have ever encountered.
It is not only essential for anybody who considers themselves an authority on WW2, but even more essential in understanding the nature and causes of present day conflict..

The book is excellently researched, and anyone who reads it will surely find that the truth about WW2 is stranger than fiction.
This should be required reading in all learning institutions-you didn't learn this stuff in school....You won't be able to put it down."
続きを読む
2人のお客様がこれが役に立ったと考えています
違反を報告
レビュー を日本語に翻訳する

John Jensen
5つ星のうち5.0 enlightenment for anti-war people like me
2012年7月10日にアメリカ合衆国でレビュー済み
Amazonで購入
This modest 200 page book by John Spritzler is providing me a new perspective on WW2 and events since then. War is generally planned in secrecy to save lives on our side and decimate the other side. After the war is over, history is written in a positive way, eliminating the skullduggery nations were involved in to resume trade and renew our lives. The truth is covered over to enable people to move on. But I continued to ask questions, as family and friends fed me the official story, with WW2 propaganda films and John Wayne to back them up.

Spritzler is a research scientist in Boston who has also studied history. The view he projects in his book "The People as Enemy" is enabling me to look at troubling issues from a much better perspective, one that provides some hope. I realized a few years ago that my heart is with the working class. I have never much trusted the rich and powerful, even those who are democrats. I worked to see Obama elected, but have been greatly disappointed. I once again have no one to vote for in November. My strongest urge at this point (7.9.12) is to write in Bradley Manning for president: unless we get a better candidate soon. Bradley is my "war hero". He knows what truth and justice means.

I have no idea who Barack Obama really is, and I shall not even mention the name of the country club republican candidate. Such folly. After the 9/11 false-flag attack, our press ceased asking hard questions, and even NY firemen and police who know the event was created by our leaders to get us off to war again, people are giving up on a search for the truth. Obama had a responsibility to investigate. He did nothing. It was an act of war criminality and our war crimes continue. We deserve a far better America than this!

It is truly time for "we the people" to rise up against the powerful corporate interests, judges and politicians to purify our nation again. With Spritzler's explanations of what went on in different countries during WW2, I see why I think the way I do regarding ethics and honesty and that those values of truth and justice are worth fighting for to save America and perhaps the world.

I loved this book!

john jensen
architect, structural engineer, photographer, served as a draftee in Korea, 1963, at the time of JFK's assassination.