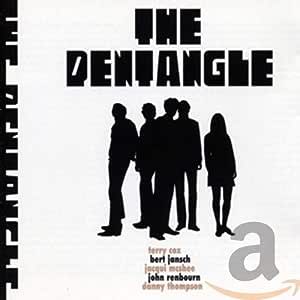 The Band's Applauded Debut Album from 1968.

Saltburn Slim
5つ星のうち5.0 Great CD but where is the sublime 'Travellin' Song'?
2017年6月22日に英国でレビュー済み
Amazonで購入
Well it's nice to see this album receive another reissue and the extra tracks are enjoyable and very welcome. But where the farrage is 'Travellin' Song'? In my humble opinion one of the best singles of the era and exactly contemporaneous with this album. When Wooden Hill reissued this back in 1996 they managed to include it thereby greatly enhancing this already wonderful album. I can only assume that it was a clumsy oversight to leave it off this time round. I know it was included on the 'The Time Has Come' box set and I daresay you could find it on some of the many other Pentangle compilations but it would have been nice to have it included it here all the same. I was tempted to dock it a star but that would be a disservice to what is after all a wonderful debut album that I still enjoy listening to today. The sound is good, no better or worse than the previous release on Wooden Hill and the extra tracks are well worth hearing. I particularly enjoyed 'Koan' which will be a treat for all Danny Thompson fans and Bert Jansch's guitar playing on 'The Wheel' is extraordinary. The track listed as 'Casbah (alternate version)' is absolutely nothing like the track of that name on Bert Jansch's debut album but sounds more like an instrumental version of the song 'Wishing Well' from 'Birthday Blues'.
So in conclusion, 1 stars for Castle Music for the careless omissions and mistakes and 5 stars (at least) for the terrific music that this hugely innovative band put on this, their debut album.
続きを読む
3人のお客様がこれが役に立ったと考えています
違反を報告
レビュー を日本語に翻訳する