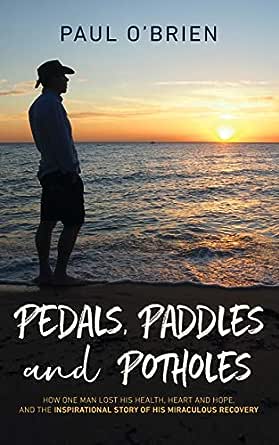 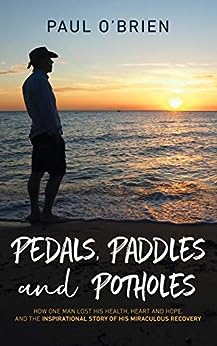 Pedals, Paddles and Potholes: How one man lost his health, heart and hope, and the inspirational story of his miraculous recovery (English Edition) Kindle版

"Honesty is what you get in this book detailing the ups and downs in the life of a remarkable man."

"This memoir has enlightened my view of what men need to weather the storms of life. It is a book that every woman needs to read and gift to the males in her life."

"Paul's vivid introspections into the pits of depression and cancer, and the courage to speak openly about his lack of self-belief, provide tangible and courageous insights into the black dog and co."

"This book will resonate with every human in their daily challenges in life."

Paul O'Brien spent 26 years in Victoria Police in general duties, criminal investigation, prosecutions, task forces and various management roles including the establishment of the Victoria Police 'Airlie' Leadership Centre. In 2008 Paul was invited to be a Visiting Fellow at the highly respected Australian Institute of Police Management (AIPM) in Manly NSW. In mid-2010, Paul established his present company, Leadership Matters. He has since provided leadership and change management services to a broad range of clients. Paul is also an inspirational public speaker. Outside of work, Paul's life experiences include; trekking in Nepal; fishing for piranha; sky diving; visiting a mosque in Central Java; swimming in the Amazon; walking the Great Wall of China; running 42.15km; chatting with astronauts; engaging Iraqi Police Generals; diving on a submarine; bicycle riding; kayaking Bass Strait and; playing competitive sports. Paul holds a Masters in Leadership & Management. He is a graduate and Fellow of the Australian Rural Leadership Foundation, an Australian Human Resources Institute member, a board member for Outside the Locker Room and an Ethics Committee member for NIODA. Paul is also a recipient of the Police National Medal and the Police (Ethical & Professional) Service Medal (25 years). To find out more about Paul and how he can help you or employees of your organisation, please visit: https: //www.leadershipmatters.net.au/ --このテキストは、paperback版に関連付けられています。