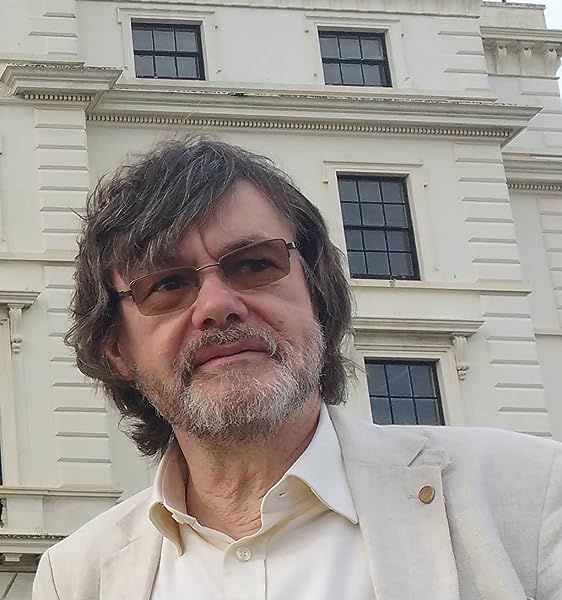 Joolz
5つ星のうち5.0 Another winner from Alaric Bond
2012年8月31日に英国でレビュー済み
Amazonで購入
Well, he's done it again! The eagerly anticipated fifth instalment of Alaric Bond's 'Fighting Sail' series is with us at last and it is another corker! Set at the conclusion of the Irish uprising of 1798, with Britain's army brutally putting down the rebellion on land, The Patriot's Fate follows Wolf Tone's attempt to bring a French invasion force to bear while Royal Navy elements desperately seek to prevent them from landing. It is a story of cat-and-mouse on the high seas culminating in a dramatic climax.

As before in this series, the story is told from the viewpoint of several characters rather than just a single hero: most of these are already familiar from earlier books, but we also follow the exploits of a contingent of Irish 'rebels' in equal measure. Bond's skill is to shift perspective between this relatively large cast without in the least disrupting the flow or disorientating the reader, effortlessly weaving these multiple elements into a slow-boiling narrative that informs and entertains in equal measure as tension builds.

Bond's mastery of story-building and characterization is matched by his authoritative handling of the complexities of shipboard life, a problem faced by all who write about sailing ships. Technical terms cannot be avoided, but Bond deftly steers a path through them, and should anyone be unsure, a useful glossary is appended to explain most of them.

The Patriot's Fate is an un-put-downable 'page turner' that should establish Alaric Bond as one of the best historic naval fiction writers currently active. It doesn't get much better than this! Highly recommended.
続きを読む
8人のお客様がこれが役に立ったと考えています
違反を報告
レビュー を日本語に翻訳する

D. A. Newbery
5つ星のうち5.0 A good naval yarn!
2013年12月26日に英国でレビュー済み
Amazonで購入
I have read almost everything written in the way of "fighting sail" novels and I rate this highly. Unusually Mr. Bond's novels give an idea of life aboard a sailing warship from different ranks' perspectives. This particular yarn follows the experiences of some of the characters in previous books, and comes to a gripping if predictable finish. A good read for anybody who enjoys this type of fiction, though it will be best to read the preceding books in the series first.
続きを読む
2人のお客様がこれが役に立ったと考えています
違反を報告
レビュー を日本語に翻訳する

Skipper Tony
5つ星のうち4.0 A complex story well told.
2013年12月10日に英国でレビュー済み
Amazonで購入
Bond captures the mixed emotions of the times as Irish patriots sought help from the French yet also found themselves shipmates, and inevitably friends of English sailors. The author shows great attention to the detail of the operation of and life aboard a Royal Navy frigate of the time. I will be looking for more books by this author!
続きを読む
2人のお客様がこれが役に立ったと考えています
違反を報告
レビュー を日本語に翻訳する