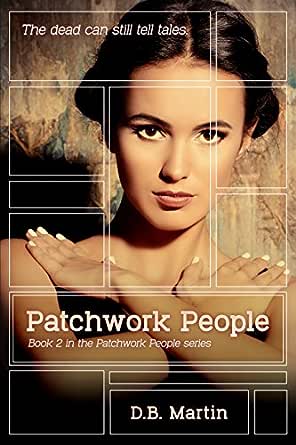 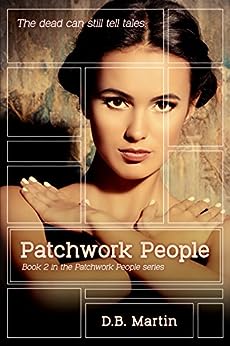 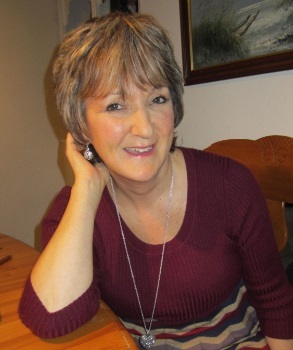 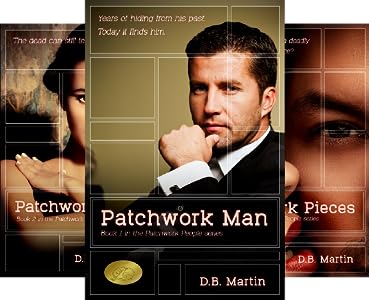 D.B. Martin is a British author writing in a variety of genres. The Patchwork series is a trilogy of suspense thrillers following Lawrence Juste, a British barrister, as his life unravels. As Lily Stuart she pens a YA teen detective series, with her sixteen-year old protagonist blazing the way forward in a flurry of teenage wit and sarcasm in 'Webs'. She also writes literary fiction as Debrah Martin. Information about all of her work can be found on www.debrahmartin.co.uk and www.lily-stuart.co.uk --このテキストは、paperback版に関連付けられています。

drangelmedicinewoman
5つ星のうち4.0 Another great book from D B Martin
2014年10月14日に英国でレビュー済み
Amazonで購入
Filled with tragedy, dark and gritty events, D B Martin knows how to write a great book that deals with the side of life that most of us hope and pray we never have to confront ourselves.
As the second book in the series it is a great follow up to Patchwork Man. Though I am glad I read the books in order as the importance of Lawrence’s development from a boy to a man and seeing that reflecting in a client seems to have shaped and affected how he reacts to the latest events in his tragic life.
Saying that, this book is fairly slow to start as it deals with depression and anxiety that Lawrence feels over the loss of his wife, but as Martin hits her stride in writing, the plot and characters soon move the narrative along.
As a first person narrative, this book has a narrow field through which you are allowed to experience the story and it helps a great deal when it comes to understanding why things seem to unravel around Lawrence when you see the world through his eyes.
As in Patchwork Man, the characters are very well rounded and avoid the trap of merely being two dimensional plot devices. There are moments when the more practical minded would act differently in similar circumstances to Lawrence, but equally that’s what makes this book so good – Lawrence isn’t the every man character that you are used to seeing that is devoid enough of his own personality that the reader can superimpose their own personality on top of him.
There are some great elements of the psychological thriller genre that have been incorporated into Patchwork People and it is wonderful to read something where dialogue between characters doesn’t feel stilted and staged in order to simply move along part of the plot.
続きを読む
1人のお客様がこれが役に立ったと考えています
役に立った
フィードバックを送信中...
フィードバックをお寄せいただきありがとうございます。
申し訳ありませんが、お客様の投票の記録に失敗しました。もう一度試してください。
違反を報告
レビュー を日本語に翻訳する

Katy
5つ星のうち5.0 Patchwork People
2014年10月7日に英国でレビュー済み
Amazonで購入
This is the second book in a series. If you haven't read the first book you can read this separately and it works as an independent story; for the sake of the back story (and the fact that Patchwork Man is really good too) you might want to consider reading that first.

Lawrence's wife is finally getting a funeral, but far from making him able to put a full stop on the turmoil from his recent, and distant past, Lawrence's life is going to get complicated again. This is another exciting mystery that draws you from page to page to find out the truth of what's going on. Who is blackmailing him? why? did he murder someone? well he was a bit dodgy back in the day........

This is the third book I've read from this author and they have all been intriguing, difficult to put down and easy to read (with the possible exception of the initiation in Patchwork Man which I had to switch the light on for).

Kindle Customer
5つ星のうち5.0 No synopsis here; but a darn good read!
2016年8月12日に英国でレビュー済み
Amazonで購入
Another great novel from D.B. Martin. I really enjoyed this the 2nd Novel in the trilogy. These, in my opinion, can not be read as stand alone Novels. I am now going to start number 3, and really looking forward to getting my "my teeth into it". I am not one for writing a synopsis, so I say read it and enjoy it instead. Have fun!!!
続きを読む
1人のお客様がこれが役に立ったと考えています
役に立った
フィードバックを送信中...
フィードバックをお寄せいただきありがとうございます。
申し訳ありませんが、お客様の投票の記録に失敗しました。もう一度試してください。
違反を報告
レビュー を日本語に翻訳する

Paul G
5つ星のうち5.0 second of the trilogy
2015年3月31日に英国でレビュー済み
Amazonで購入
Loved it. Whilst it didn't have the immediate impact of patchwork man, it continued in the same vein. I honestly couldn't give it less than 5 stars. I thought patchwork man was the best book I had read last year so perhaps it was impossible to equal. Roll on no.3
続きを読む
1人のお客様がこれが役に立ったと考えています
役に立った
フィードバックを送信中...
フィードバックをお寄せいただきありがとうございます。
申し訳ありませんが、お客様の投票の記録に失敗しました。もう一度試してください。
違反を報告
レビュー を日本語に翻訳する
すべてのレビューを参照します
click to open popover
Amazonプライム会員ならお急ぎ便、日時指定便が使い放題
さらに、映画もTV番組も見放題。200万曲が聴き放題 。クラウドに好きなだけ写真も保存可能。
> プライムを無料で試す