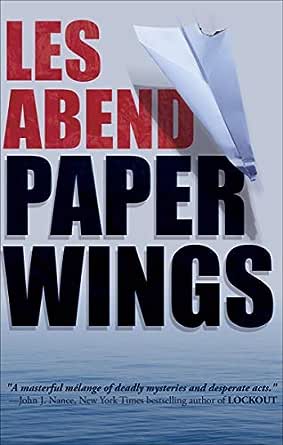 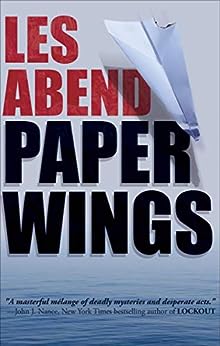 IMHO, the most colorful characters are Miami FBI Special Agent Ryan Fredericks, Miami PD Decretive Alvarez, and the detective's side kick "patrolman" Tom. The two Townsend daughters also have great roles. I know the perfect Atlanta-area young actress sisters to play them. They played in the movie "We Bought A Zoo". They both have TV series chops.

The author's choice of main character is a four-stripe captain for a large, fictitious airline big enough to have its own pilots' union (spoiler alert). Author Abend flies for American Airlines. Captain Hart is a flawed character with many demons to fight. He doesn't overcome any of them, setting us up for sequels.

This is Abend's first novel. There are a few "autobiographical" hints sprinkled through his novel. Look for pilot reluctance to volunteer to work for the union, pilot reluctance to pay union dues, pilot anger at the union agreeing to pay cuts to avoid the airline going bankrupt, pilot and flight attendant union squabbles over drinking water supplies at layover cities with bad water, etc. There is also a lot of dry humor between the characters that the Coen brothers won't even have to edit out. The Coen brothers also have some sex scenes to film.

As a retired air safety investigator (32 of them), I've started a quest to read as many air safety investigation novels as I can in my remaining days above room temperature. After about a dozen, I've noted some similarities. NEVER open a hotel/motel room door when someone knocks on it. Many authors write investigator characters who do "Lone Ranger" investigations. It doesn't happen in the real world. Abend got it right with his description of the NTSB process of the party system, press attention, specialized groups (the ICAO Annex 13 describes the internationally-agreed report format with each section requiring a specialized group), group chairmen, Investigator-in-Charge (IIC), quickly-arranged work space with electrical outlets for the computers and a huge coffee pot, and twice-daily progress meetings with all team members (at least the ones present - many are on the road gathering more data).

The crew union members are part of the investigation process for many reasons. Abend does a good job of describing why. I'm anxiously awaiting Captain Abend's next novel.

I only found one typo, which is rare these days.

jarrod glick
5つ星のうち5.0 6 Stars!
2017年3月20日にアメリカ合衆国でレビュー済み
Amazonで購入
I knew I'd like Paper Wings because I've been reading Les' column in Flying Magazine for years. But man, I could not put it down. Suspenseful from the start and when I read the last page, I was sad it was over.
続きを読む
5人のお客様がこれが役に立ったと考えています
違反を報告
レビュー を日本語に翻訳する

Bonnie MacKenzie
5つ星のうち5.0 Excellent
2017年4月11日にアメリカ合衆国でレビュー済み
Amazonで購入
As a former airline employee, line flying and management, I truly enjoy airline genre. It is hard to find good mysteries and this book combines both. Great character development and a story that takes many twists and turns. Anxious for the next one Captain Abend!!
続きを読む
4人のお客様がこれが役に立ったと考えています
違反を報告
レビュー を日本語に翻訳する

Terry Jr
5つ星のうち5.0 Don't pick this up to start at 10 PM
2017年12月31日にアメリカ合衆国でレビュー済み
Amazonで購入
Full disclosure: I am a pilot, but it's not a requirement to enjoy the mystery. If I could do it all over again, I wouldn't have started this book at 10:00 before bed just to get a feel for it. An hour and a half later, I forced myself to put it down and get some sleep before an early morning alarm clock. In short, this story will keep your attention, and even if you do start to put some of the pieces together, it will be satisfying to know that you followed the same trail of clues the author left the characters to follow. Nonetheless, there will be twists you won't see coming from this intriguing plot.
続きを読む
1人のお客様がこれが役に立ったと考えています
違反を報告
レビュー を日本語に翻訳する

Pelham
5つ星のうち5.0 Could not put it down!
2018年12月20日にアメリカ合衆国でレビュー済み
Amazonで購入
I have been of fan of Les for years reading his flying column. I bought Paper Wings expecting it to be of interest since I am a pilot as well, but the book was so well written I lost sleep. It is a great suspense novel, and I only hope that we will get more of them from Les. Even if you have no interest in flying, the book holds you rapt with attention, and you will be turning the pages with urgency. A++
続きを読む
違反を報告
レビュー を日本語に翻訳する
すべてのレビューを参照します
click to open popover
Amazonプライム会員ならお急ぎ便、日時指定便が使い放題
さらに、映画もTV番組も見放題。200万曲が聴き放題 。クラウドに好きなだけ写真も保存可能。
> プライムを無料で試す