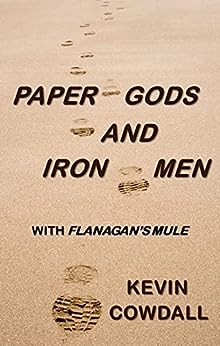 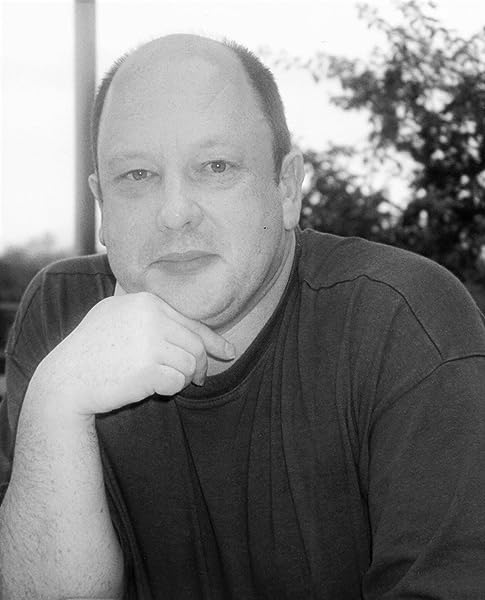 英語版 Kevin Cowdall (著) 形式: Kindle版
すべての形式と版を表示
Sorry, there was a problem loading this page. Try again.
Set in the North Africa Campaign of World War II, the novella 'Paper Gods and Iron Men' is a story of endurance and survival, of ordinary people in extraordinary situations. Two British Army officers have come together at a temporary aerodrome to be flown out: Captain McBride is a career soldier and member of the Long Range Desert Group (a special force which operates behind enemy lines carrying out reconnaissance and sabotage missions). Captain Poole, is an enlister, having worked as a surveyor in civilian life. When their plane is shot down the two are the only survivors and begin the long trek north across the desert... This edition is published with the short story, 'Flanagan's Mule', which shares the theme of personal determination and resolve, and which is set in a South-American mining community in the 1950s.
続きを読む
Previous page
Next page
販売： Amazon Services International, Inc.

Sashadoo
5つ星のうち5.0 A great read, full of tension and suspense.
2015年7月22日に英国でレビュー済み
Amazonで購入
A venerable RAF Bombay takes off from a temporary desert airstrip during Wold War Two, it's cargo partially stationery supplies, and partially human, as a small contingent of soldiers boards the aircraft, one in handcuffs, as part of a prisoner transfer to an impending court martial. When a lone Luftwaffe Messerschmidt shoots the Bombay from the sky, the only survivors, Captains McBride, (the prisoner), and Poole, (commanding the escort), are suddenly thrust together in a new fight, this time for their own survival. Kevin Cowdall has produced an excellent, edge of the seat tale of suspense and intrigue, as we follow the two men's trek through the desert in search of their own personal salvation. Along the way, they encounter not only the obvious enemy in the form of German Army patrols, but other, less easily identified risks, which you must read for yourself. In addition it soon becomes quite clear that all may not be quite as clear cut with regards to the story of Captain McBride, the officer from the LRDG (Long Range Desert Group), as Captain Poole begins to learn the truth behind his prisoner's incarceration. This book had some special significance for me as my own father served with the 'Desert Rats' during the Second World War, and was one of the original members of the LRDG. This is a great story, brilliantly told, and I can wholeheartedly recommend it to readers everywhere.
Equally entertaining is the accompanying short story, Flanagan's Mule, set during a 1950s South American mining disaster. Can inveterate Irish drunkard Flanagan and his plodding old mule make it past bandits, jungle and almost impassable mountain pathways to go to the aid of the trapped miners? A super short read that serves to highlight the author's talent for creating stories of nail-biting tension.
続きを読む
1人のお客様がこれが役に立ったと考えています
違反を報告する
レビュー を日本語に翻訳する

God of Gnomes
5つ星のうち5.0 Endurance
2016年8月21日に英国でレビュー済み
Amazonで購入
The vagaries of war played out in the burning sands of North Africa, set during WW2 the story sees enlisted man Captain Poole and career soldier Captain McBride thrown together in a desperate fight for survival.
You really get a feel for not only the blistering heat, but the mind numbing soul destroying aspect of trying to survive with little in the way of supplies, both McBride and Poole feel like real people, with frailties as well as strengths...
the author obviously did a lot of research into the Desert campaign which comes across in the descriptions of the vehicles and the area....but mostly this is a powerful short story of endurance against the odds. Well worth a read.
続きを読む
1人のお客様がこれが役に立ったと考えています
違反を報告する
レビュー を日本語に翻訳する

PauDlBrazill
5つ星のうち5.0 Gripping.
2016年10月4日に英国でレビュー済み
Amazonで購入
North Africa, World War 2. An airplane is shot down. The two survivors – a prisoner and a war hero -set off across the desert with limited supplies. Paper Gods and Iron Men by Kevin Cowdall is gripping and atmospheric, with rich, vivid writing and strong characterization.

The accompanying story, Flanagan’s Mule, is set in South America during the 1950s. It too tells the story of a dangerous trek and is also involving and really well-written. Marvelous stuff.
続きを読む
1人のお客様がこれが役に立ったと考えています
違反を報告する
レビュー を日本語に翻訳する

Carol Maginn
5つ星のうち5.0 To be read in one sitting!
2016年2月5日に英国でレビュー済み
Amazonで購入
Two soldiers, sole survivors of a plane crash, trek across a desert in hope of rescue.This is a book to be read in one sitting. Make sure you have a cup of coffee to hand, and your phone on silent. Paper Gods and Iron Men is a vivid and gripping tale that just doesn't let go. We are with the main characters on every step of the journey, as they struggle through a vast, hostile landscape. It's a compelling read. and a book which I really enjoyed.
And it's bookended by Flanagan's Mule, in which extreme rain takes the place of extreme heat, and we follow another unlikely hero - the Flanagan of the title - and his courageous companion, the Mule. A tense tale with unexpected twists, and a surprise ending.
続きを読む
1人のお客様がこれが役に立ったと考えています
違反を報告する
レビュー を日本語に翻訳する

Irish Reader
5つ星のうち5.0 Powerful story
2015年11月6日に英国でレビュー済み
Amazonで購入
We find our strengths in challenging situations .None can be more challenging to the human psyche than war. And so it was with Captain McBride and Captain Poole in Kevin Cowdall's powerful story . Both men have to dig deep to understand and support each other through a grueling desert journey. The additional story, Flanagan's Mule, also addresses the topic of human beings exploring the limits of their strength when circumstances demand. I thoroughly enjoyed both stories and highly recommend them .
続きを読む
1人のお客様がこれが役に立ったと考えています
違反を報告する
レビュー を日本語に翻訳する
すべてのレビューを参照します
問題を報告
この商品には、不適切な内容が含まれていますか?
報告
この商品は、著作権を侵害していると思いますか?
報告
この商品には、品質または書式設定の問題が含まれていますか?
報告