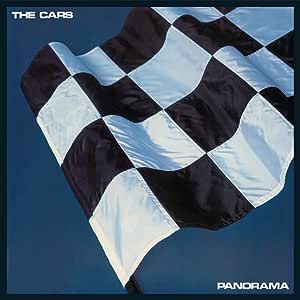 Christ Jones Kowalski
5つ星のうち5.0 I Dream Frequently, Sometimes They Come Out Funny
2017年7月30日 - (Amazon.com)
Amazonで購入
This re-issue rules. It sounds amazing. If you don't bother looking at waveforms on a screen, you will hear how awesome PANORAMA (EXPANDED EDITION) sounds! It is "louder" than the original, but it's not as loud as all the "loudness wars" music around these days. The bonus tracks are great too. "Shooting For You" and "The Edge" sound like they are long lost 80's movie soundtrack tunes! Like all Cars fans, of course I wish there was more bonus material and more expansive liner notes. But overall, I am very happy this and CANDY-O got the re-issue treatment they deserve. And thank you to Ric Ocasek for supervising the mastering! SOUNDS GREAT! Happy camper here.
続きを読む
26人のお客様がこれが役に立ったと考えています
レビュー を日本語に翻訳する

Felix L. Rodriguez
5つ星のうち4.0 Nice way to discover this strange album
2017年8月27日 - (Amazon.com)
Amazonで購入
This CD's highlight is the inclusion of The Edge (a supposedly previously unreleased song) and Don't Go To Pieces (the B side to 2 of their singles). These two, in addition to Running To You, are the best songs in this expanded edition version, IMHO.
This is a polarizing album. Not radio friendly, too weird for its time, and different to their two previous albums. I have grown a liking to it over the last year, and now is my 3rd favorite Cars album (after the first two)
The CD remastering gave it a less analogue sound than the original vinyl (which I also have), but it is not overly loud, nor distorted, and that is good.

Jackmack attack
5つ星のうち5.0 Cruising
2017年8月22日 - (Amazon.com)
Amazonで購入
they say that the passage of time lends a new perspective. After not hearing the cars third release in quite some time, you realize how good they were and this cd is. The added songs sound great and fit well with this cd. If you wanna go back for just a while , play this. If you weren't, around when it originally came out , discover and enjoy. Recommended.
続きを読む
9人のお客様がこれが役に立ったと考えています
レビュー を日本語に翻訳する

jalcruces
5つ星のうち5.0 Best Cars album. Period.
2018年12月22日 - (Amazon.com)
Amazonで購入
This is the best and most underrated Cars album. I've had the album since it was released in 1980. Unfortunately, that release was on 8 track... and although I have a few 8 track players, lol, none of them works. So I finally... got this on cd. Now whether or not this remaster is any good.... I'll get back to you on that...
続きを読む
2人のお客様がこれが役に立ったと考えています
レビュー を日本語に翻訳する

Amazon Customer
5つ星のうち5.0 panorama expanded
2018年12月16日 - (Amazon.com)
Amazonで購入
I have been collecting these expanded editions by the cars. Have them all now. The mastering on them and this album is fantastic. It seems that great care went into the pressings of these series of albums. Worth the time to collect. A real joy to listen to on any turntable with right calibration on your stylus. I recommend this series of cars albums.
続きを読む
2人のお客様がこれが役に立ったと考えています
レビュー を日本語に翻訳する
Amazon.comのカスタマーレビューを見る(35) 5つ星のうち4.3
Amazonプライム会員ならお急ぎ便、日時指定便が使い放題
さらに、映画もTV番組も見放題。200万曲が聴き放題 。クラウドに好きなだけ写真も保存可能。
> プライムを無料で試す