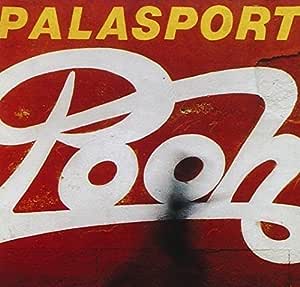 Luigi
5つ星のうち5.0 If you are a music lover of all genre, this is a must-have
2011年5月3日 - (Amazon.com)
形式: CDAmazonで購入
Music critiques are, by the very nature of individual preferences, always biased. So will be mine. I grew up listening to this album that inspired and influenced the way I play and sing, which I do as a hobby. But one thing is not subjective, the professional value of this group: Red Canzian, Roby Facchinetti, Dodi Battaglia, and Stefano D'Orazio are arguably 4 great musicians, flawless in their performance. Their musical and performing skills are showcased in Parsifal, arguably the best song by Pooh, and one of the best song I know of all times. It is 10 minutes long, the first part is vocal and instruments, the second part is just instruments. Originally released in 1973, Parsifal involved a whole orchestra, with strings, harp and the rest. Nine years later, in this album (1982), they managed to perform it with great texture and musical genius "just" playing synthesizer keyboards, bass and guitar, and a phenomenally spectacular drum set that includes a 5-foot diameter gong, which is struck at the end of Parsifal.
If you are a music lover of all genre, this is a must-have.

Major Hochstetter
5つ星のうち5.0 Trip back in time
2009年5月26日 - (Amazon.com)
形式: CD
I attended the 1982 Pooh Palasport concert in Udine as a teenager. This CD brought back many memories of that time. Great music, great band. You don't have to know Italian to appreciate the fine quality of the melodies.
続きを読む
レビュー を日本語に翻訳する
Amazon.comのカスタマーレビューを見る(2) 5つ星のうち5.0
Amazonプライム会員ならお急ぎ便、日時指定便が使い放題
さらに、映画もTV番組も見放題。200万曲が聴き放題 。クラウドに好きなだけ写真も保存可能。
> プライムを無料で試す